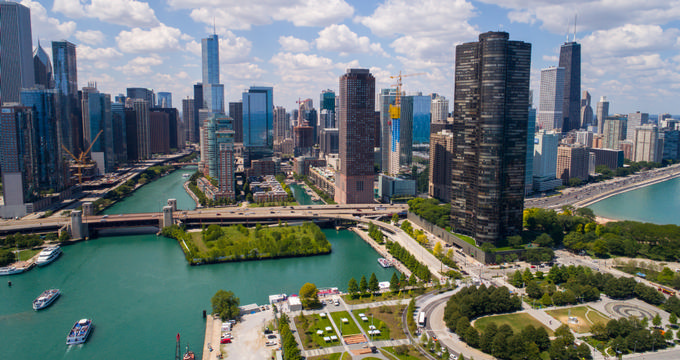 Sitting on the shores of Lake Michigan, one of the Great Lakes of North America, Chicago is one of the biggest cities in the United States. Located in the northwestern part of the great state of Illinois, Chicago is the third most populous city in the United States, trailing only Los Angeles and New York City in this regard. It's the biggest city in the Midwest region and the major city of the Chicago metropolitan area, also known quite simply as 'Chicagoland'. Chicago covers an area of over 234 square miles and has a population of 2.7 million, with almost 10 million living in Chicagoland. After New York City, Chicago is the most visited tourist location in the country. 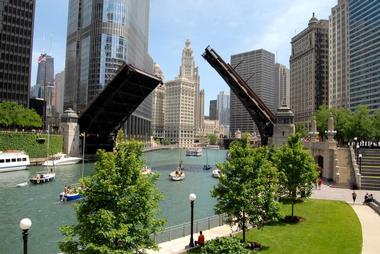 The city has a fascinating history behind it, with the name 'Chicago' coming from a French interpretation of the indigenous word 'Shikaawa', which was the name given to a kind of wild onion. The area was inhabited by Native Americans for many years, before European settlers founded the city in the early 19th century.

Due to its location, Chicago's economy thrived. It was a key point to connect the east and west sides of America, attracting many residents and businesses. Many European migrants heading to America heard of Chicago's reputation and were drawn to the city, and it never stopped growing through the 20th century into the modern era. Nowadays, Chicago is a prime tourist location, boasting a beautiful skyline and countless landmarks and attractions like Millennium Park, the Chicago River, the Lincoln Park Zoo, and the Magnificent Mile. 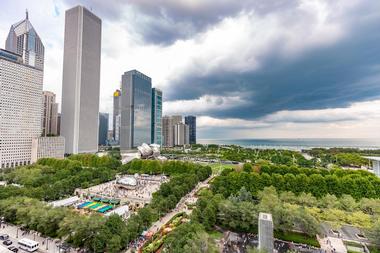 The elevation of a city like Chicago is a geographical indicator of how high that location is in relation to sea level. The elevation of Chicago is 594 feet (181 m), which is just a little higher than most other major cities. Many big cities, both in the United States and other nations, tend to be situated at elevations of 500 feet (152 m) or less as they are mostly constructed on coastal locations. Chicago is in a unique position as it is quite far inland but is still on the shoreline of a huge body of water in the form of Lake Michigan.

3.Climate and Things to Do in Chicago 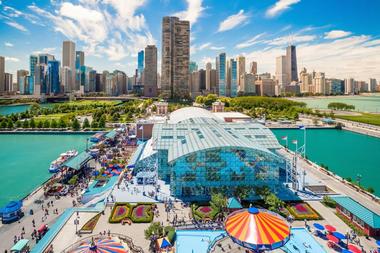 The city of Chicago has a humid continental climate with four distinct seasons. The Windy City has relatively warm, humid summers, with temperatures often reaching and exceeding 90°F (32°C) during the hottest months of the year like June, July, and August. Winters in Chicago tend to be quite cold, with daily averages of just 25°F (-4°C) in January. The city can experience quite heavy snowfall in December, January, and February, and has moderate rain for much of the rest of the year.

As the second most visited city in the entire United States, it's clear that there are lots of things to do in Chicago. The city is well known for its thriving night life, with a lot of live music and high class restaurants available to enjoy all through the evenings. Chicago is also well-known for its distinctive architecture and open air public art, with various statues and sculptures waiting to be discovered all around the city. All kinds of recreational activities can be enjoyed in and around Chicago and it's even possible to go on urban kayaking tours along the Chicago River.

24 Best Romantic Things to Do in Chicago

25 Best Things to Do in Springfield, Illinois