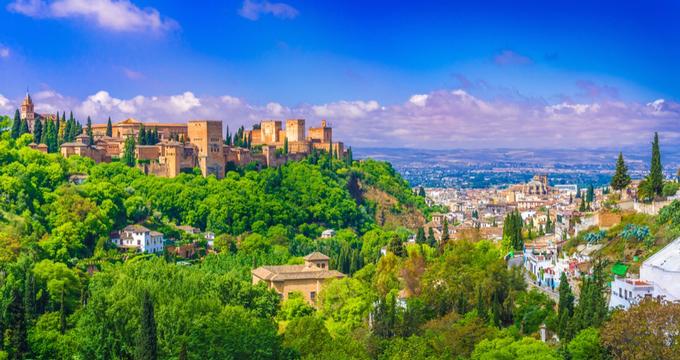 Choosing which country to visit in Europe can be a big challenge for even the most seasoned and experienced of travelers. There's simply so much to see all around Europe, and every country has its own sights and experiences to offer. Spain is a very popular choice, especially with people who like beautiful beaches and warm weather. Spain gets some of the best weather in all of Europe, and it has a long list of must-visit cities like Madrid, Barcelona, and Valencia. 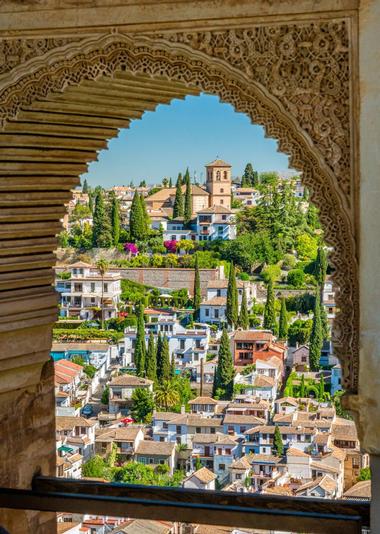 Seville is another excellent example. The capital of the Andalusia region, Seville is a very historic city with a lot of interesting architecture and breathtaking old monuments. Some of the top sights in Seville include the La Giralda bell tower, the grogeous Parque de Maria Luisa park, the Torre del Oro 13th century military tower, and the always-popular Plaza de Espana square.

Due to its key location in the south of Spain, Seville is also a popular choice with tourists due to the many day trip possibilities it offers. You can do day trips from Seville to Portugal, as well as day trips down to Gibraltar, or you can stay in Spain and visit some super cities like Malaga and Granada.

Also located in Andalusia, Granada is surrounded by some of Spain's most impressive scenery. It backs onto the Sierra Nevada mountains and is famous for its palaces and medieval buildings. It's an astonishing place, quite unlike anywhere else in Spain, and is a must-visit location for anyone interested in history, architecture, nature, or beauty. Read on to learn how to plan the perfect day trip to Granada from Seville.

Getting to Granada from Seville

Following the roads, there are about 250km (155 miles) between Seville and Granada, so the journey between these two cities isn't too long and can easily be done in a day. You have a few different options when traveling from Seville to Granada, and the one you choose will depend on your budget and preferences. Those planning a day trip to Granada can choose to travel by car, train, or bus.

2.Getting to Granada from Seville by Car 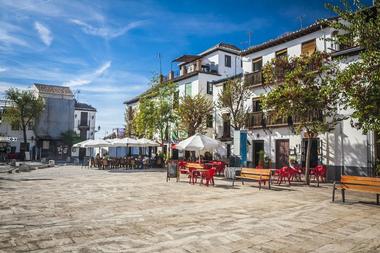 The drive to Granada from Seville is quite a pleasant and simple one too. These two cities aren't too difficult to drive around, and everything is clearly signposted. To get to Granada from Seville in a car, you can head out of Seville and then follow the A-92. The journey can be completed in around two and a half hours, but may take longer if you encounter traffic.

3.Getting to Granada from Seville by Train 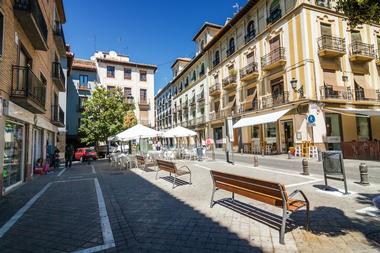 When it comes to day trips in Europe, the train is usually the fastest and best option to get almost anywhere, and lots of good train links exist in Spain, connecting many major cities. There are direct trains from Seville to Granada, and they run every hour.

The train to Granada leaves from Sevilla Santa Justa, which is the main train station in Seville, and head straight into the center of Granada. The journey takes about three hours, so it's actually a little slower on average than the car.

4.Getting to Granada from Seville by Bus 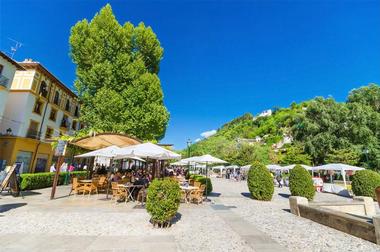 Buses are another popular option for getting around Europe on day trips, and many young people or backpackers choose to travel by bus as the tickets are often cheap, even if the journeys are usually a little slower than they would be in a train or car.

Various bus companies like ALSA offer direct bus rides to Granada from Seville and back again in the evening. The journey takes a little over three hours on average, and you can get very cheap bus tickets if you buy your tickets in advance.

5.Important Information and Things to Do in Granada 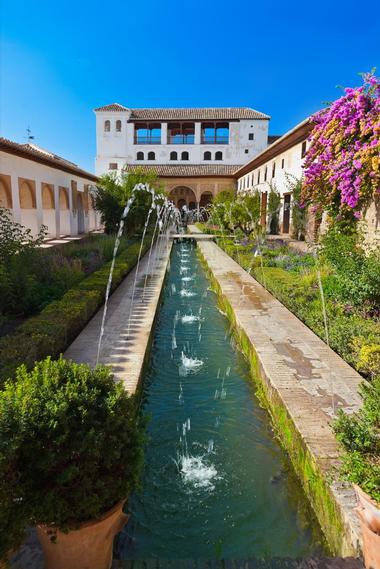 
- Getting Around Granada - The simplest and smartest way to get around Granada is by foot. It's a big city, but it's not as big as somewhere like Madrid or Barcelona, so you don't really need to worry too much about getting lost. You can see a lot of the main sights in a single day just by walking, or you could choose to rent a bike or segway to get around a little more quickly. The city also features a touristic hop-on and hop-off train, which is quite useful for day trip visitors.

- Best Time to Visit Granada - Granada, like so many other cities around Spain and elsewhere in Europe, is very busy in the summer months. The weather can be exceptionally hot in July and August, and the crowds of tourists can make it difficult to really enjoy a day trip, so if you're looking for the best time to visit Granada, September is a good month to choose. The temperatures will still be warm and the crowds will be smaller. If you'd like to see a special celebration in Granada, the city celebrates the Reyes Magos festival in January, Semana Santa in March/April, and the Festival of Our Lady in September.

- Things to Do in Granada - If you only have a day in Granada, you'll want to see as much as possible. This Spanish city is famous for its palaces, so you'll need to visit the Alhambra hilltop complex, which includes the Generalife summer palace and gardens, the Nasrid Palaces, the Palace of Charles V, and more. Other key landmarks in the city include the Catedral de Granada, and if you need to take a breather, there are some great tapas bars in the Albaicin area. Sacromonte, also known as the gypsy quarter, is a popular spot for live dancing and music too.