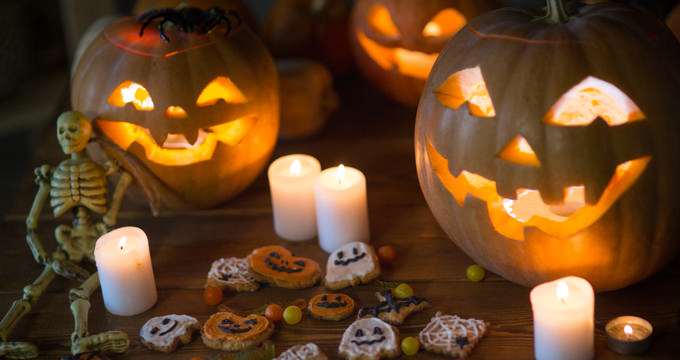 If you’re looking for reasons to get outdoors and have fun with other people, all you need to do is take a look at the calendar. Each and every month, all kinds of holidays and special events can be enjoyed around the US. State and national holidays give people lots of ways to celebrate and enjoy themselves, with parades, fireworks, live entertainment, food, parties, and more.

October signifies the arrival of fall, a popular season with many people due to the changing colors of the leaves and the refreshing, cool weather. This time of year also features one federal holiday and other great holidays and events for everyone to enjoy. With that in mind, here are some details on a few of the key October special occasions and celebrations you won’t want to miss out on.

The history of this holiday goes back a long way, with records from as far back as 1792 referencing the special occasion. That year represented the 300th anniversary of Columbus' arrival in the New World, and the 400th anniversary, in 1892, was also a big occasion, with a lot of focus on American history and patriotism. Many Americans with Italian heritage also see this as a day to celebrate their own personal histories, meaning that celebrations of this particular holiday can vary greatly from one state to the next.

Some areas hold parades and parties, while some states actually don't recognize the holiday at all. The Columbus Day Parade in San Francisco is one of the longest-running Columbus Day celebrations, with New York City also hosting a huge parade each year. Some Americans also choose this day to honor the Native American populations that lived on the lands well before Columbus ever arrived.

Also known as All Hallows' Eve or All Saints' Eve, Halloween is observed in many countries around the world and is commonly classed as the spookiest day of the year; a day dedicated to spirits, witches, ghouls and ghosts. The history of this holiday seems to go back to Celtic festivals, with some possibility of pagan influence over the years as well, but there is a Christian element to Halloween's history also, with many religious people in different parts of the world attending church services on October 31 and visiting the graves of the deceased.

In the US, Halloween is most commonly associated with images of jack-o'-lanterns and creepy costumes. Children like to dress up as their favorite fantasy characters, usually with a scary theme, and go trick or treating in search of candy from local neighborhoods. Adults may also enjoy dressing up for Halloween parties and celebrations, with horror movies, haunted attractions, and spooky events being shown and held all around the country.

For many people, Halloween is a day to enjoy all things horror-related. People dressed up as vampires, ghosts, zombies, and more can be spotted walking along the streets, with various parades like the Greenwich Village Halloween Parade in New York City also being held. Additional traditions include bobbing for apples and decorating houses with pumpkins, skeletons, cobwebs, and more.

Oktoberfest is a German festival that actually starts in September and runs through to the first weekend of October. The festival, which lasts for 16-18 days in total, is a combination of a beer festival and fair. It's been a huge part of German culture and heritage for many years but is celebrated in other nations around the world too, including the US.

One of the biggest Oktoberfest ceremonies to be held outside of Germany is actually the Cincinnati Oktoberfest in Ohio, with the Denver Oktoberfest in Colorado following closely behind. Both of these ceremonies attract hundreds of thousands of visitors each year, with additional ceremonies held in New York City and other major cities around the nation.

The celebrations typically include the consumption of many different kinds of beer, as well as German foods like sausages and pastries. Many American citizens have German ancestry and use this time of year to honor their roots and learn more about German culture, with traditional German outfits and dances also a part of the festivities.

Art Museum of the Americas in Washington DC