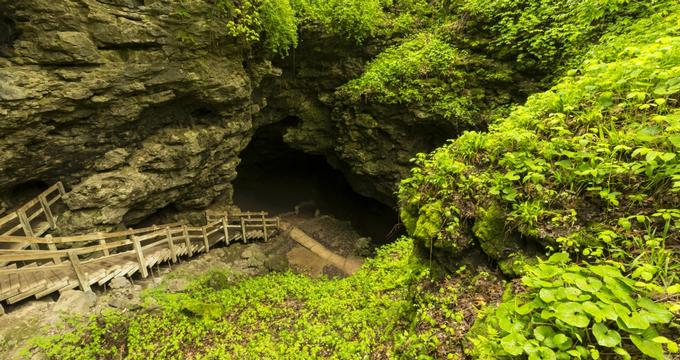 Caves may not be the first thing that come to mind when you think of Iowa. However, the state has several interesting caves and cave systems. Whether you are looking for a laidback cruise through an underwater cave where the boat does all of the work, or a true spelunking challenge for an experienced caver, Iowa's caves have something to offer everyone. The caves can also be a great way to cool off on a warm summer day as most of them are pleasantly chilly inside. Several of the caves even have ice formations for much of the year, which is quite a neat thing to experience. 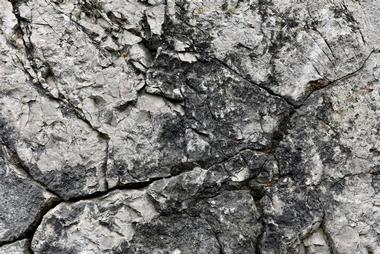 Bixby State Preserve is a nature preserve in northeastern Iowa. It is a quiet, wooded park with creeks, rivers, and bluffs accessed by a system of hiking trails. Activities in the park include fishing, hiking, boating, walking the trails, and watching the beautiful sunset. The preserve is most well known for the ice cave near the park entrance. The cave was discovered by miners who were digging for lead in the area. The cave has a large amount of ice inside, although the total amount is actually unknown. The cool air from the cave is especially nice on a hot summer’s day. 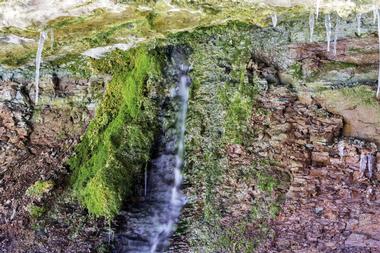 Cold Water Spring State Preserve is a 60-acre nature preserve in Winneshiek County. The preserve contains and protects a spring that flows out of Cold Water Cave. The cave is an extensive cave system with approximately 16 miles of passages, making it the state’s most elaborate cave system. The cave is accessed by a man-made entrance comprised of a metal ladder that travels some 100 feet down into a dark tube. Once underground, there are no lights and conditions can get quite wet and slippery. Therefore, this cave is not the type visited by the casual tourist and only skilled and experienced spelunkers should attempt it. 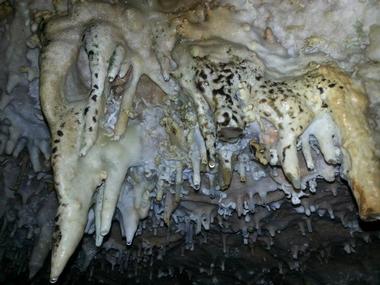 Crystal Lake Cave was discovered by miners in 1868 when they were looking for lead near Dubuque, and the cave was eventually opened to the public as a tourist attraction in 1932. Visitors to the cave can participate in a guided tour that takes 30-45 minutes. The temperature inside the cave is always a cool 52°F and the cave itself has many interesting mineral formations, including helictites, stalagmites, rare anthodites, and more. For kids, the Gem Mining Sluice offers a fun chance for young visitors to learn about mining. There is an onsite gift shop and outdoor pavilion, which is great for picnics.

4.Grotto of the Redemption 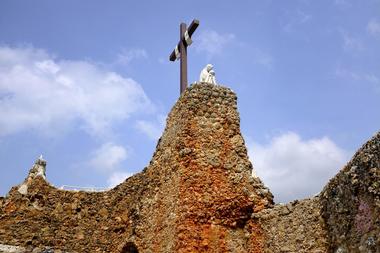 Grotto of the Redemption is an interesting Roman Catholic religious shrine in West Bend. The structure is the life work of Catholic priest Father Paul Dobberstein. Over his lifetime he collected many stones and rocks during his travels and used them to build the shrine you see today. It is one of the largest grottos in the world. There are actually nine separate, man-made grottos, each representing a different scene from the life of Jesus Christ. The walls are embedded with stunning semi-precious stones, such as agates, crystals, rose quartz, petrified wood and even stalagmites that were taken from Carlsbad Caverns. 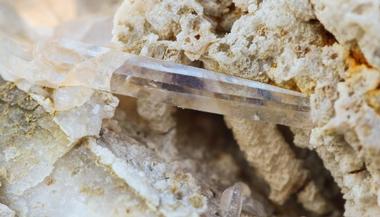 
Ice Cave State Preserve in Deborah is famous because it features rare ice deposits until late into the summer. It is one of the largest ice caves in the Midwest. The ice in the cave is formed in the winter, when cold air lowers the temperature of the rocks inside the cave. When surface water trickles down from the surface in the spring, it freezes when it comes into contact with the cold rocks, forming a layer of ice on the cave walls. The ice begins to form in January or February and is at its thickest in June. It typically remains until late into August. 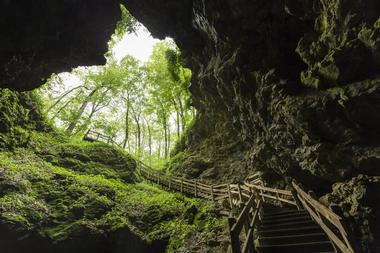 
Most likely the most unique state park in Iowa, Maquoketa Caves State Park features a range of caves, including the large, 1,100-foot Dancehall Cave, which is the longest public, wild cave in Iowa and has lights and walkways. Smaller caves in the park include the Bat Passage and Dugout Cave. Visitors should bring along lights for exploring the small caves. There is a well-developed trail system that links the caves, overlooks, and dramatic rock formations such as “Balanced Rock” and “Natural Bridge.” The park’s 13 caves were used by Native Americans in the past and also became a popular picnicking spot for early settlers. Today you can still see evidence of early visitors and souvenir gatherers, who took many of the cave’s stalactites. More Things to Do in Iowa 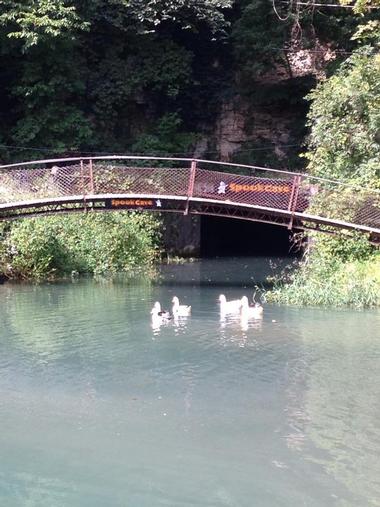 Spook Cave got its interesting name when a group of early settlers heard odd sounds coming from a spring near the bottom of a bluff. So, they named it Spook Hole. Later on, a resident discovered that the sound was made by flowing water. The cave was opened for tourists in 1955 and featured the only underground boat tour in Iowa. The cave is a rock tube, elliptical in shape, with low ceilings in some places. The cave still has an underground boat tour to this day. The boat travels into the base of the 90-foot bluff. During the trip, a guide tells the story of the cave’s discovery and development and points out natural features inside the cave.

Wapsipnicon State Park is a 394-acre state park that is mostly comprised of the sandstone and limestone bluffs that flank the Wapsipnicon River, which is the park’s namesake. The park is one of the oldest state parks in the state. Activities include biking, hiking, fishing, boating, camping, snowmobiling, and cross-country skiing. There are a couple of caves to explore in the park, including an ice cave. The bowl-shaped Horse Thief Cave is a must-see. Locals say that the cave was once used as a camp for horse thieves, which is how it got its name. The park’s caves can be accessed via a well-developed, multi-use trail system.