Things to Do in Savannah, GA: Savannah Historic District 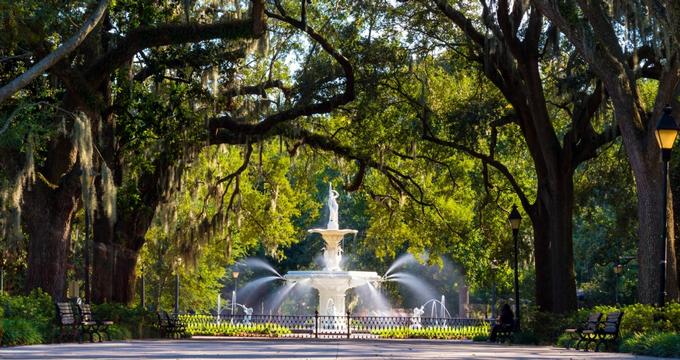 The Savannah Historic District is one of the largest urban historic districts in America, roughly corresponding to the city’s limits during the Civil War. The area includes more than 20 city squares filled with historic buildings, urban green space, and a variety of tourist attractions. CDC information for travelers. Hours/availability may have changed. 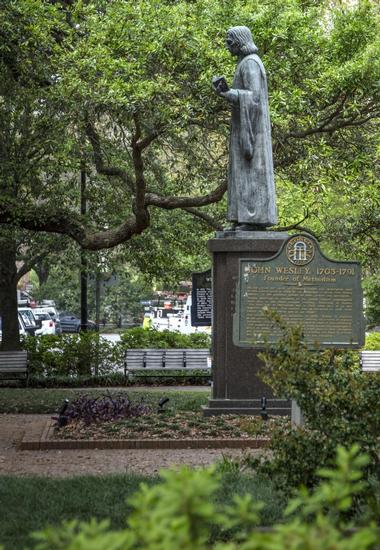 Established in 1733, Savannah is the oldest city in the state of Georgia and was its first capital city. Today, the city is Georgia’s third-largest metropolitan area, notable as one of the most unique city designs in the American South. Much of the city design of Savannah is credited to Georgia colony founder James Oglethorpe, whose master plan for urban development focused on Enlightenment-era ideas of civic virtue and equity. As such, the design for the historic area of Savannah is based on the concept of evenly-divided wards, consisting of four civic-purpose trust lots and forty residential-use lots, referred to as tythings, arranged around central public squares. The ward design served military purpose in the colony’s early days, with the district structure helping to organize militia units and the central squares serving as gathering points. 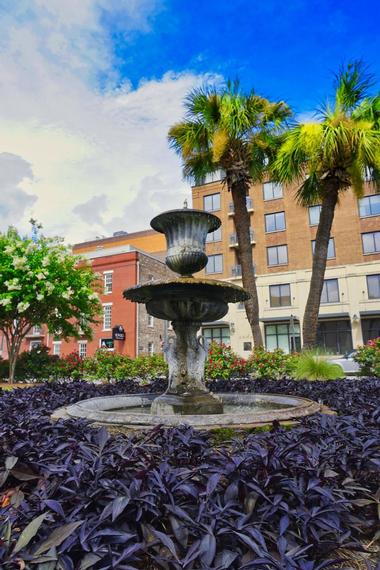 22 of the original squares remain preserved in the Historic District today, which was declared as a National Historic Landmark District in 1966. It is one of the largest historic districts of its kind in the country, encompassing 1,300 acres of land with boundaries at East Broad Street, Gwinnett Street, Martin Luther King, Jr. Boulevard, and the Savannah River. The district is notable for its quaint atmosphere, filled with cobblestone streets and 18th- and 19th-century buildings displaying Greek Revival, Georgian, and Gothic architecture styles. Hundreds of live oaks covered with moss line the district’s squares and streets, giving the city its nickname of the Forest City.

Many tourist attractions are situated around the public squares, which have become popular destinations in themselves. The restored Ellis Square, reopened to the public in 2010, is home to a visitor’s center for the district, as well as the historic City Market, an open-air public market that has been a commercial fixture since the 1700s. The nearby Telfair Square houses two art museums, the Telfair Academy and the Jepson Center for the Arts.

Several attractions within the Historic District are designated as National Historic Landmarks or historic districts in themselves, such as the Juliette Gordon Low Historic District. Three historic buildings commemorate the Girl Scouts of America founder: the Wayne-Gordon House, Low’s birthplace; the Andrew Low House at 329 Abercorn Street; and its associated carriage house, which served as the First Girl Scout Headquarters.

A number of notable historic buildings are located within the district’s boundaries. Many operate as living history museums open for tours, including the Mercer-Williams House, immortalized by the book "Midnight in the Garden of Good and Evil,” the 1818 English Regency-style Owens-Thomas House, the 1850 Gothic Revival Green-Meldrim House, and the 1820 Isaiah Davenport House. Others have been converted into attractions and businesses, such as the William Scarbrough House, which now houses the Ships of the Sea Maritime Museum, and the Edmund Molyneux Mansion, now the home of the Oglethorpe Club, the oldest gentlemen’s club in America. A few still serve their original purpose, such as the U.S. Custom House, which has served as a government office for 150 years.

You are reading "Things to Do in Savannah, GA: Savannah Historic District" Back to Top 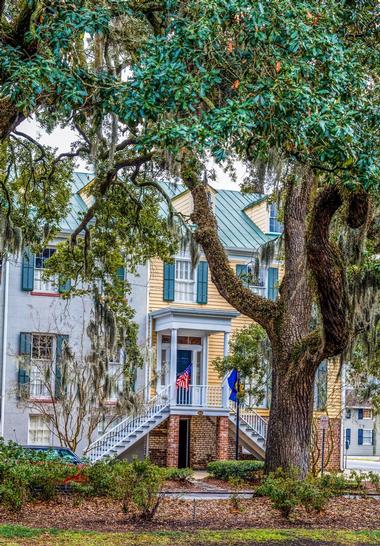 The region is rich in African-American history, home to sites such as the Beach Institute, built in 1865 as the region’s first African-American school, and the First African Baptist Church, the oldest black Baptist church in the country. Other historic sites of worship in the district include the Temple Mickve Israel, the oldest Jewish congregation in America, and the Independent Presbyterian Church, immortalized in the film Forrest Gump.

Originally intended as a public square for the southern part of the city during its expansions in the mid-1800s, Forsyth Park occupies 30 acres at the south end of the district. One of the earliest urban parks in America, the park is iconic for its lush green spaces and European-style fountain, which is frequently used as a setting for film and television. On the east end of the city, the riverfront Emmet Park contains several notable monuments, including a tribute to the city’s early Irish population and the Old Harbor Light, built in 1852 to guide vessels safely along the water.

In addition to its historic sites, the district is also home to a wide variety of restaurants, boutiques, galleries, theatres, and nightlife attractions. With its compact size and antiquated street system, foot travel is the most effective means of exploring the historic and modern-day attractions. Guided and self-guided walking tours are available through the Savannah Visitor Center, housed inside the restored Central of Georgia Railroad Station.

You are reading "Things to Do in Savannah, GA: Savannah Historic District" Back to Top

Things to Do in Savannah, GA: Savannah Historic District

You are reading "Things to Do in Savannah, GA: Savannah Historic District " Back to Top

22 Best Free Things to Do in Atlanta, Georgia Year Round

25 Best Things to Do in Athens, Georgia

12 Best Things to Do in Blue Ridge, Georgia