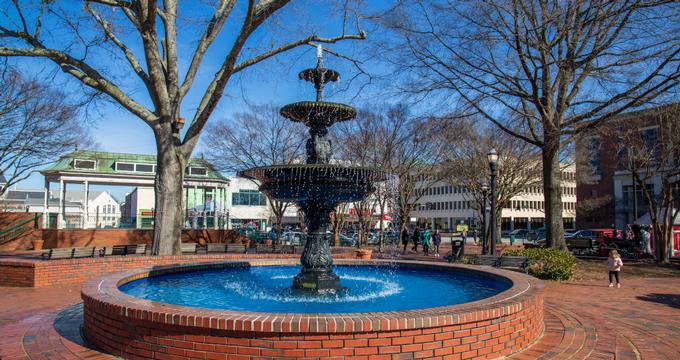 While the city of Marietta, Georgia may be thought of as small compared to the nearby busy city of Atlanta, it certainly boasts numerous things to do in its own right, but without as much hustle and bustle. The town is graced by dramatic mountain backdrops, five different National Register Historic Districts, and a historic and charming town square. There is heritage, Civil War history, culture, and arts in abundance in Marietta, as well as many local restaurants serving a wide variety of delicious dishes. CDC information for travelers. Hours/availability may have changed. 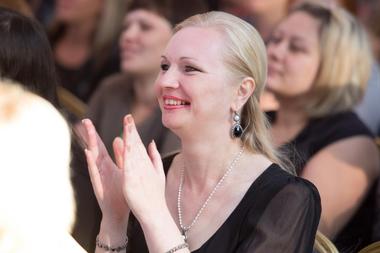 The Earl and Rachel Smith Strand Theatre is an Art Deco-style theater located at Marietta Square that once served as the community’s movie house between the years of 1935 and 1976. Now restored back to all of its original glory, the Strand Theatre hosts a variety of stage productions, concerts, musicals, children’s films, and classic films. Serving as a cultural center for the local Cobb County community, the Strand Theatre provides many educational opportunities. Along with being a film center and a multi-use facility for the performing arts, the theatre also features “Brew with a View” on the fourth floor. 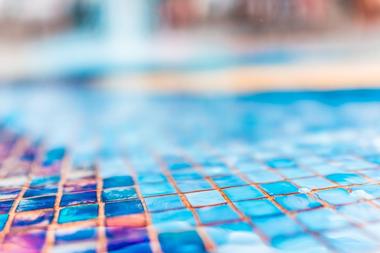 Six Flags White Water is located just outside of Atlanta, near Marietta, Georgia and spans across approximately sixty-nine acres. The water park originally opened in 1984 as simply White Water Atlanta before Six Flags acquired it in 1999. White Water now serves as Six Flags Over Georgia’s second gate and consists of four different areas: Flash Flood Canyon, Pine Valley, Slippery Ridge, and Wildwater Lagoon. One of the Six Flags White Water’s main attractions is the ;large Typhoon Twister with its 67-foot bowl. There is also a wave pool, children’s play areas, a racing slide tower, high-speed slides, and a lazy river. 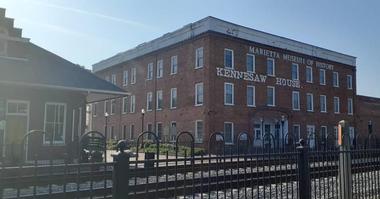 Established in 1996, the Marietta Museum of History houses exhibits and galleries on the upper floor of the town’s historic Kennesaw House building. This local history museum is home to the largest collection of historical artifacts related to Marietta, as well as the rest of Cobb County in Georgia, consisting of military, home life, and general history collections. Originally constructed in 1845 as a cotton warehouse, then becoming a hotel in 1855, and later serving as a hos[ital and morgue during the Civil War, the building has been the subject of several several stories and ghost folklore. 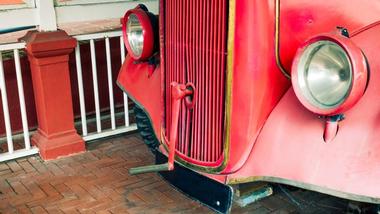 The Marietta Fire Museum is home to a wide assortment of items that have been used by the Fire Department of Marietta, Georgia, dating back to the 1800’s. This collection features displays, photos, antique items, equipment, clothing, and vehicles, however, one of the main highlights of the Marietta Fire Museum is the Silsby Steamer, which is a steam-powered horse-drawn pumper that the fire department bought in 1879. There’s now only five of these that still remain in existence. Other vehicles in the collection include a 1921 American LaFrance pumper, a 1929 Seagrave Pumper, and a Pirsch Ladder Truck. 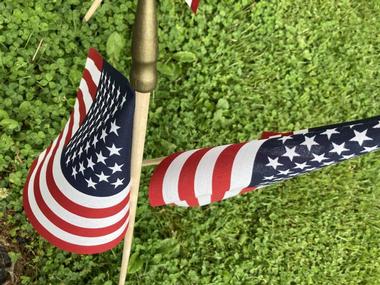 
The Marietta National Cemetery in Marietta, Georgia is one of the United States National Cemeteries, encompassing more than twenty acres. Established by General George Henry Thomas back in 1866, the cemetery was created to provide a resting place for almost ten thousand Union soldiers who died during the Atlanta Campaign of General William Sherman. THe land for the cemetery was donated by Henry Cole, a local resident who had hoped Union and Confederate soldiers could both be buried at the site to foster peace. In 1998, the Marietta National Cemetery was added to the country’s National Register of Historic Places.


Established in 1863, the Marietta Confederate Cemetery was founded after Jane Glover donated part of her plantation to be the final resting place of twenty Confederate soldiers who had died in a nearby train wreck. The cemetery later went on to be the burial place for over three thousand soldiers. Every state that made up the Confederacy is represented in the Marietta Confederate Cemetery, in addition to Missouri, Maryland, and Kentucky. It is also the largest Confederate cemetery anywhere south of the city of Richmond. A significant number of the soldiers buried here fought at Kolb's Farm and Kennesaw Mountain. 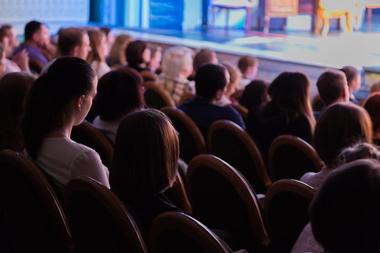 While located in the town of Marietta, the Atlanta Lyric Theatre is the only local professional music theater of the city of Atlanta. The theater was originally founded by Sally Knap, Robert Langdon and Tedi Langdon in 1980 as the Southeastern Savo yards, which was dedicated to the presentation of Gilbert and Sullivan works. The first production of The Mikado by Gilbert and Sullivan was performed in December of 1980. The Atlanta Lyric Theatre still continues to put on some of the best musical theater in the Atlanta metropolitan area and has been highlighting professional local talent for more than thirty-five years. 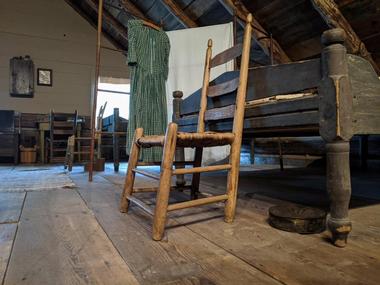 The William Root House Museum and Garden is one of the Atlanta area’s oldest homes, and is a bit more typical of the the place and time than columned mansions that were popularized by the film Gone With the Wind. The grounds and home have been restored back to their original 1850’s appearance, however, interactive displays and modern touch screens have also been added in order to share the story of Marietta’s Root family and their life during the era of the Civil War. Each room features authentic period pieces and tours take place several times a day.

9.Out of Box Theatre 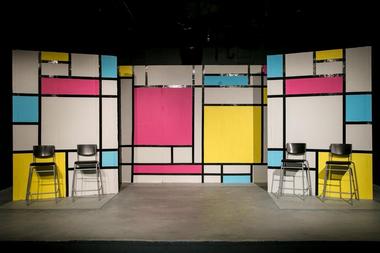 © Out of Box Theatre

The Out of Box Theatre of Marietta, Georgia strives to captivate its audiences, both locals and visitors alike, with its dynamic approach towards contemporary theater. The theatre is dedicated to offering intimate and one-of-a-kind experiences that continue to excite and surprise audiences, providing what the theatre calls an “Out of Box Experience.” The Out of Box Theatre was first started in early 2012 with the idea of producing excellent shows using a practical and smart budget as a way to build viable sustainability, as well as utilizing the resources and talents of the art community of Marietta and the surrounding area. 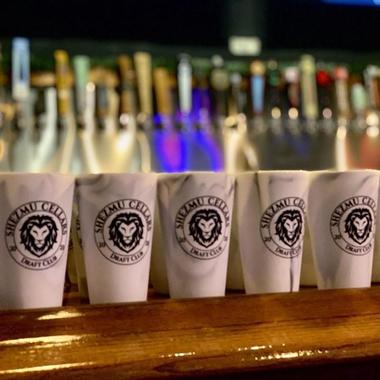 Shezmu Cellars is an urban winery in Marietta that specializes in producing extra dry Mead, or also known as honey wine. The winery also offers other wines, both reds and whites, sourced from local growers, as well as releases new varieties of grape wines in addition to more than twenty Georgia wines available to-go, in bottle, or by the glass. Cody and Adam Chinn, the owners and winemakers of Shezmu Cellars, aim to improve mead in the United States, working its versatility to become more beer-like or more wine-like with just simple adjustments. The winery is open Fridays and Saturdays.

The Seed Kitchen and Bar is a neighborhood eatery in the town of Marietta, Georgia serving a chef-driven menu of modern American cuisine, highlighting local producers, artisans, and ingredients whenever possible. Situated in the middle of the emerging dining scene of the East Cobb neighborhood, the restaurant combines a casual, yet stylish atmosphere and a playful modern approach to American fare. A seasonal menu is reflective of the hard work and ingredients of local artisans and farmers. The Seed Kitchen and Bar is open for lunch and dinner, Monday to Saturday, as well as brunch and dinner on Sundays. 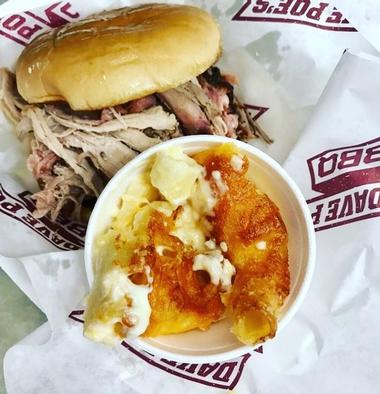 Dave Poe's BBQ serves award-winning, authentic barbecue just a mile from Marietta Square, offering 19th-century traditional pit-cooked meals for the “perfect Art of BBQ Experience” for both locals and tourists alike. The barbecue eatery has even been rated by Zagat as "extraordinary to perfection” and is known for serving perhaps the best ribs in the Atlanta area. Dave Poe's BBQ is open from 11:00am until 8:00pm on Mondays, Tuesdays, and Wednesdays and from 11:00am until 6:00pm on Fridays and Saturdays, or “until the meat runs out.” Along with tender ribs, Dave Poe’s also offers pulled pork and brisket 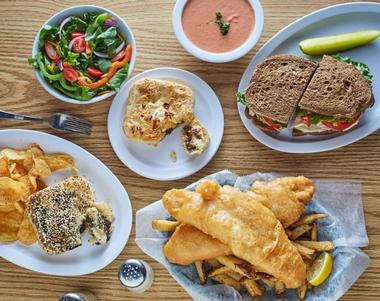 The Australian Bakery Cafe in Marietta is the company’s original location, home to some of the best Sausage Rolls, Aussie Meat Pies, “genuine 'roo and emu burgers,” fish and chips, Pavlovas, Lamingtons, and Pasties in the United States. The cafe boasts the achievement of introducing the “Aussie Meat Pie” to the country in 1991, offering the largest selection in America. All pies are baked fresh every day in the Australian Bakery Cafe in the city’s historic Marietta Square. Every dish is also prepared in traditional Aussie style, including the Hamburgers, handmade Dim Sims, and the Fish and Chips. 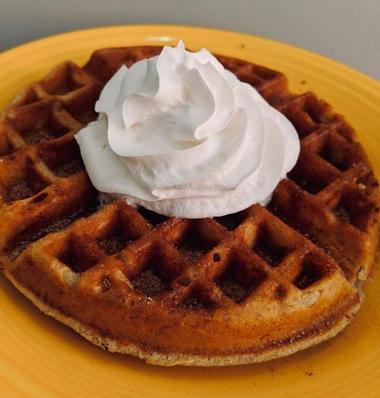 J Christopher's is the result of Chris Brogdon and Jay McCann’s idea for a daytime breakfast and lunch neighborhood eatery featuring creative menu options, healthy choices, and traditional house-made favorites in a friendly and comfortable atmosphere. Their restaurant in Marietta, Georgia opened in 1997, making this idea a reality, and has since expanded to more than twenty locations throughout Georgia and Tennessee. Today, J Christopher's still continues to serve “familiar food with flair,” offering a broad menu including the likes of salads, sandwiches, burgers, breakfast skillets, omelettes, and more. Traditional favorites include the Eggs Christopher, Strawberry Waffles, and the Club House Burger.

Places to eat near me, free points of interest, lakes near me, waterfalls, weekend getaways near me: Best places to travel in February, Best Maine islands, Smyrna, Charleston, Kent 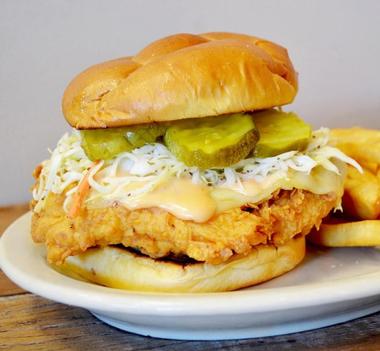 Goldbergs Fine Foods in the city of Marietta, Georgia combines southern hospitality with New York authentic deli foods, committed to quality and rich in history. The company started out as Goldberg and Son in 1972 in Atlanta before becoming Goldberg’s Bagel Company and Deli. Since it opened, Goldbergs Fine Foods has steadily become a respected brand in the area, with the Atlanta Braves even partnering with the business to create the All-Star Grill at the Hartsfield Jackson International Airport. The restaurant also still serves its famous Po’ Boy sandwiches and perfect New York-style bagels, but not at six different locations.

5 Best Things to Do in Blairsville, GA

12 Best Things to Do in Kennesaw, GA