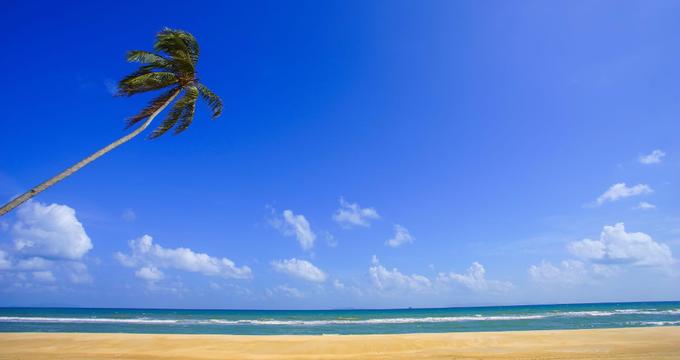 Parks in Key West range widely from tiny green spots with a few benches and a kids’ playground in the heart of Key West city to large beaches packed with vacationers. Many parks fall somewhere in between and are pleasant green areas catering to the neighborhoods they are located in, with kids’ playgrounds, ball fields, and open spaces for picnics and family gatherings. Parks like Ford Taylor include historic structures and are of historic significance. Indigenous Park includes a wildlife rehabilitation facility, and Little Hamaca Park is a wildlife preserve. Be sure to call the attractions and restaurants ahead of your visit to confirm current opening times. 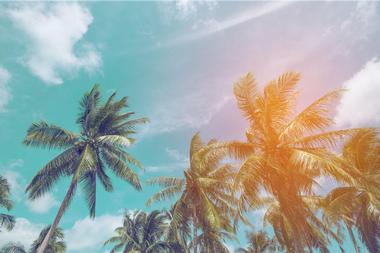 Bayview Park is a neighborhood park in the center of Key West, in a quiet residential neighborhood. The park has five tennis courts, a Pro Shop, basketball courts, a kids’ playground with plenty of equipment, Pepe Hernandes softball field, a pavilion, and a nice open green space surrounded by shady trees perfect for picnics and family gatherings. The park also has the Boys' and Girls' Youth Club that offers a range of summer and after-school programs. Every day from Monday to Thursday, there are co-ed softball games at the Pepe Hernandes field. The field can also fit up to 250 players for kickball and ultimate Frisbee. 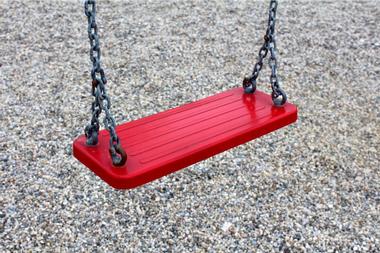 Bill Butler Park is a small unassuming neighborhood park with plenty of playground equipment, an open picnic area where local kids like to hang out, and not much more. The park has a long and interesting history. For a long time, it was the location of a home for indigent seniors called Monroe County Colored Folks Home. When the country constructed a park on that location in 1986, they named it William Bill Butler to honor the local musician who founded the Key West Junkanoos. Every year on New Year morning, the park is the location of the traditional Junkanoo Parade, which celebrates African roots and preserves African cultural traditions.

You are reading "11 Best Key West Parks" Back to Top 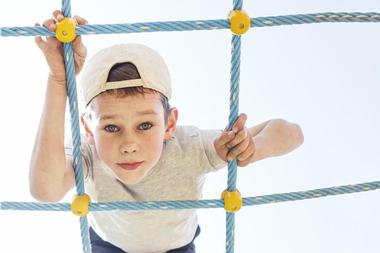 Cozumel Park is a neighborhood playground for the kids that live in the New Town neighborhood. The park has been recently refurbished and now features a basketball court, a covered pavilion, a splash pad where kids love to cool off in the summer, slides, and other playground equipment. Local kids remember when the park consisted only of one rundown tree they used to climb. The park is also home to a playing field named Jonathan Wells, in honor of the 14-year old son of a Key West firefighter who died in an accident in 2015. The park also has an open green area perfect for picnics and public gatherings.

You are reading "11 Best Key West Parks" Back to Top 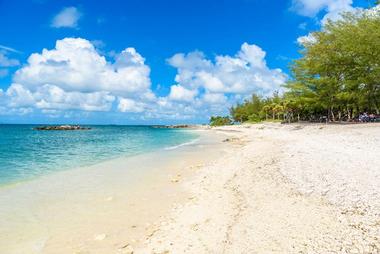 The Fort Zachary Taylor Historic State Park, or Fort Taylor as it is called locally, is a 54-acre National Historic Landmark and park created to protect the Civil War-era fort and the area around it. While many visitors come to take a narrated tour of the fort, see the cannons, and learn about the construction of the fort, many come to the beach, which is considered one of the most beautiful on Key West. The park also has a network of trails through the lush nature full of native wildlife. Swimming and snorkeling are fantastic. The waters are rich with marine life such as lobsters, corals, snapper, parrot fish, and many other species of reef creatures. There is a jetty where fishermen like to try their hand at catching their dinner.

You are reading "11 Best Key West Parks this Weekend with Friends" Back to Top or More places to see near me today, what to do, weekend trips

Nearest romantic getaways today at night, places near me, best small beach town, local restaurants, outside, things to do with kids near me, staycation, beaches, resorts near me, how do I plan: Cincinnati, MD, OR Beaches, HI, Indoor Amusement Parks, Things to Do in Gatlinburg, WI, Orlando, Texas Beaches 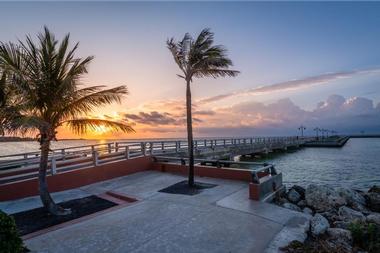 
Sonny McCoy Indigenous Park is a lush green oasis in the city of Key West near the Atlantic Ocean, with a small freshwater pond in its heart that provides a home to rich wildlife, including birds, turtles and iguanas. At one corner of the park is Key West Wildlife Center, a wildlife rehabilitation facility that takes care of injured native birds and other animals. The animals can be seen recuperating in spacious enclosures not far from the main building. Many of them cannot be released into their natural environment because their injuries would make them incapable of survival. Behind the center is an 8-acre fenced park with a dense growth of native trees and pleasant paths lined with benches. The path leads to a pond that has been designated an Audubon sanctuary. There is a nice observation deck for birdwatching.

You are reading "11 Best Key West Parks this Weekend" Back to Top or Restaurants near me, affordable stuff to do near me

Where should I go this weekend for fun: Iowa, WI, From New Orleans, ME, FL, Carlsbad, CA, Montauk, FL, Beaches near DC 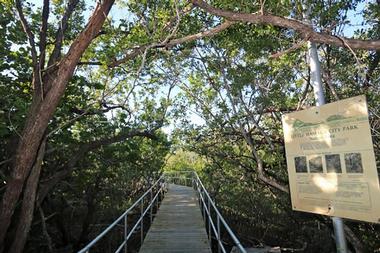 
Little Hamaca Park is a wildlife preserve located on the edge of the Key West Salt Ponds. The park has a boardwalk and path running through the lush mangrove forest and salt flats hidden in the corner of Key West. A small ridge that runs through this area of Key West allows visitors to see a fascinating cross-section of the diverse habitats of the island. There is also a half-mile long round-trip hike to a canal that once brought water to the ponds for salt production. Today, the pond and the park are a haven for wildlife and birds. The salt ponds are very popular with kayakers.

You are reading "11 Best Key West Parks" Back to Top or More must do for couples, what to do near me, inexpensive places to visit this weekend 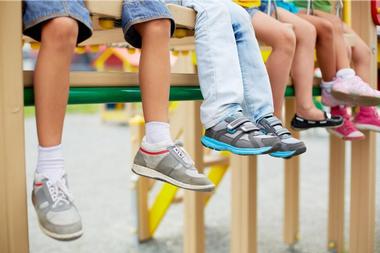 Nelson English City Park is a less-known neighborhood park located in the southwest corner of Key West’s Bahama Village. The park is named for a local civic leader and the island’s first African-American postmaster in the late 19th century. A fairly typical park, it has several basketball courts and a nicely equipped kids’ playground. Not even 50 feet from Nelson English Park is Willy Ward Park, a park that provides respite to a different kind of neighborhood resident: Those that want less action and more peace. With no playgrounds and no playfields, Willy Ward Park offers a relaxing atmosphere with park benches and a nice picnic gazebo. Together, the two parks perfectly complement each other and are often described as two parts of the same green area.

You are reading "11 Best Key West Parks" Back to Top or More tourism, attractions for couples, food, things to see near me today 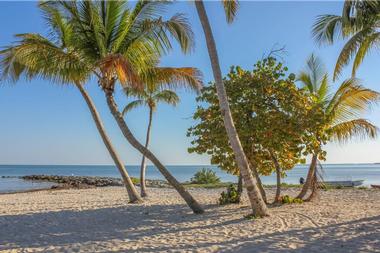 Rest Beach, also called C.B Harveys, is a small green spot with a 300-yard long sandy beach near the White Street Pier, east of Higgs Beach. The park has several picnic tables, a small shelter, and a pathway that leads in both directions from the sandy beach. There is a long pier that stretches far into the water. Also part of the Rest Beach Park are the African-American cemetery and the AIDS memorial. Because it faces the Atlantic Ocean, the park is known for spectacular sunsets and it often gets packed when the sun starts inching towards the horizon. There is also a yoga deck on the beach for nightly yoga classes ran by locals.

Located at the north end of Simonton Street, Simonton Street Beach is very close to Duval Street, the hub of activity in Key West. The small sandy beach is popular with locals and is surprisingly left alone by tourists. It has a boat launch good for small boats, overlooks the harbor, and is a pleasant spot to sit, relax, and watch boats come and go. Locals love to fish off the small dock. There are changing rooms and bathrooms on the beach but not much parking. Simonton Street Beach is a popular place to come and watch the 4th of July Fireworks. The beach is dog-friendly.

"11 Best Key West Parks for Locals & Tourists - Restaurants, Hotels" Back to Top or Beautiful places near me, what to do, restaurants for breakfast, travel guide, nearest beach

What to do near my location, wedding venues near me: UT, Indianapolis, From Kansas City, Mackinac Island, Chattanooga, RI, From Chicago, Sacramento, Nantucket, Girls Getaways, Santa Barbara, PA 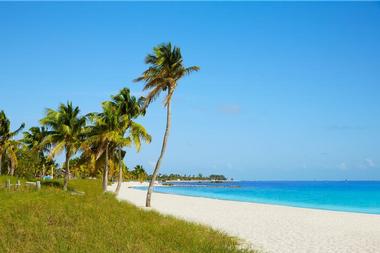 A half-mile long, Smathers Beach is the largest and the most popular public beach in Key West. It is located on the south side of the island, about a mile from the city center, on the coast of the Atlantic Ocean. It marks the beginning of State Road A1A. The beach is lined with stately coconut trees that provide just enough shade. The beach tends to get packed with both tourists and locals, especially during the spring break. It has showers, restrooms, beach volleyball courts, and jet ski rentals. Plenty of food trucks line the beach at mealtimes to satisfy any taste.

What is there to do near me this weekend, water park, nature parks, best all inclusive resorts near me: Carmel, WA, UT, MN, Chicago, NE, NV, NH, NJ, NM, Kirkland, Taos, SoCal Camping, West Palm Beach, LA Beaches, Things to Do in Moab 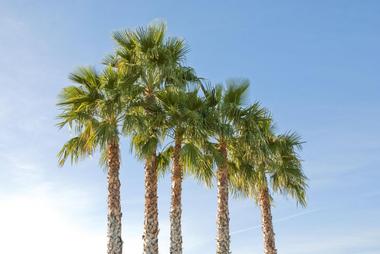 Located not far from the Truman Annex Military Base and only a few blocks from the Bahama Village, Willie Ward City Park is a little hidden gem just on the boundaries of the touristy area. Lush, green, and orderly, the park is a clean oasis with large shady trees and plenty of attractive benches to sit on, enjoy the cool shade, and read a book. The park is dog-friendly. The park was named in honor of Willie Ward, a singer, civil rights leader, radio host, and press foreman at the Key West Citizen.

"11 Best Key West Parks" Back to Top or Romantic Getaways, Wedding Ideas close to me this weekend, honeymoon, anniversary Ideas, fun places near me

You are reading "11 Best Key West Parks " Back to Top

15 Best Things to Do in Punta Gorda, Florida

10 Best Things to Do in Lake Mary, Florida