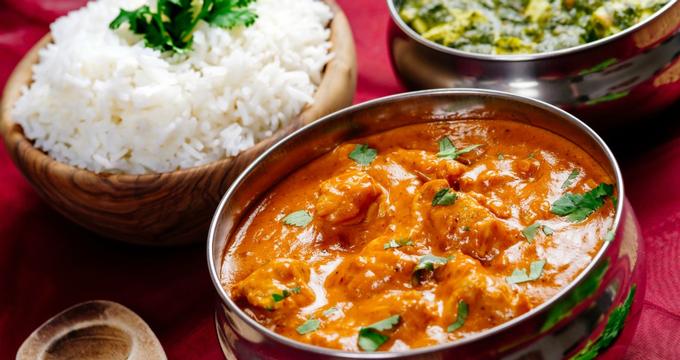 Orlando has become a foodie hub, offering a myriad of cuisine to satisfy even the most particular palate. Indian cuisine has become popular throughout the United States, and it’s no different in Orlando. Whether visitors are looking for vegetarian, non-vegetarian, vegan, or gluten-free Indian cuisine, there’s a restaurant that will cater. Visitors who are in the mood for a rich chicken tikka masala, a spicy Hyderabadi biryani, or a cool and refreshing lassi can head to these Indian restaurants in Orlando to find just what they need. 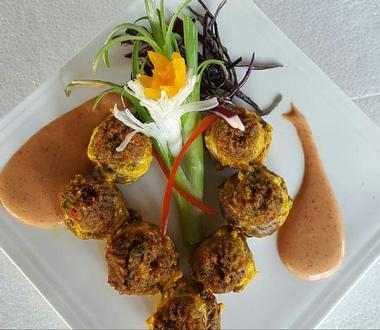 Adding a contemporary twist to traditional Indian cuisine, Aashirwad Fine Indian Cuisine takes authentic ingredients and uses modern technique and stylish presentation to really outdo themselves. Perfect for a romantic night out, the restaurant has a stunning cocktail bar on the mezzanine for drinks before dinner. They offer a range of delicious appetizers, soups, and mains; the variety of naans and breads on the menu will leave visitors wanting to try them all. Some of the more popular dishes at the restaurant include the shrimp in coconut lime curry, the lamb biryani, and palak paneer, which is Indian-style cottage cheese cooked in a spinach-based gravy.

Next read: Beaches near Orlando

Ahmed Indian Restaurant is the go-to place for a quick, authentic, North Indian meal. There’s a delicious lunch buffet on offer ($8.95 on weekdays and $9.95 on weekends) with a number of items to choose from such as tandoori chicken, goat biryani, and vegetable pilaf. The flavors of the family-styled cooking will make visitors feel as if they’re visiting an old friend who’s invited them over for lunch or dinner. The restaurant has been open for over ten years, and everything on the menu can be altered according to your requests in terms of allergies or spice level. The a la carte menu has more than the usual biryanis and curries; diners can also order burgers, kabobs, and chicken nuggets, which is great for those with young children.

3.Indian Restaurants near me: Bombay Cafe One of the great things about Indian cuisine is that it varies so drastically in different regions of the country. While the north of India is known for biryanis and masala-filled curries, the south has a different cuisine using entirely different flavors and methods, and it is mostly vegetarian based. Bombay Cafe brings those delicious South Indian dishes to Orlando, offering favorites such as idli, a steamed rice and lentil patty, dosa, rice crepes that can be eaten on their own or with a choice of spiced potato filling, or chole batura, which is puffed bread served with garbanzo curry. Everything on the menu at Bombay Cafe is vegetarian friendly, with many dishes that are vegan friendly as well.

-- You are reading "10 Best Indian Restaurants in Orlando, Florida" Back to Top

4.Indian Restaurants near me: Golden Dynasty

Offering dine-in, takeout, and delivery, the Golden Dynasty restaurant has a combination of both Chinese and Indian cuisine. The restaurant is a cornerstone in the Orlando community and is recognized by both locals and visitors for its delicious cuisine and relaxed atmosphere. The Chinese menu features fried rice, lo mein, and meat dishes, while the Indian menu has a combination of Pakistani and Indian meals. Visitors can feast on kabobs and meats from the tandoori grill, biryani, or the many other curries, rice, and breads found on the menu. Visitors could try a chilled traditional beverage, lassi, made from yogurt to accompany their meal. 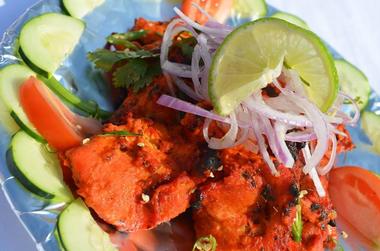 Indian Hut serves authentic Indian cooking, and they pride themselves on offering hot, fresh, meals made from scratch and the most basic ingredients. Using traditional herbs and spices to season the dishes to perfection, Indian Hut has a variety-filled menu that will suit all diners. Some of the items on the menu include dry chili paneer, which is an Indian cheese cooked in Indo-Chinese style with chilies and peppers and shrimp vindaloo. The menu also has a range of dosas, naans, and biryanis.

6.Indian Restaurant near me: Khasiyat Since 1999 Khasiyat has been serving delicious vegetarian Indian cuisine to Orlando’s residents and visitors. The food focuses on the flavors and concoctions of the Gujarati region of India, which is known for its rotis, lentils, and delicious vegetable dishes made with spinach and cauliflower. The restaurant is also well known for its thalis, an Indian platter made up of various dishes that allow diners to try a little bit of everything. The thali includes rice, breads, a samosa appetizer, curries, soups, lentils, pickles, chutneys, and papads. Diners can get a really fulfilling South Indian meal by choosing one of the many dosas, idlis, vada, and uttapam. 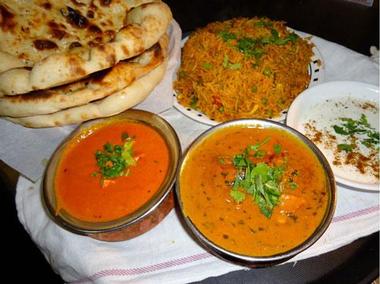 Right in the heart of Orlando's many theme parks, the New Punjab Indian Restaurant is open from 11:30 am to 11:00 pm every day and offers Indian cuisine that tastes homemade. The restaurant is a no-muss, no-fuss type of place that serves fresh, hot, and delicious rice, curries, and grilled items. There are a few vegetarian and vegan options alongside the meat curries and biryanis. All of the curries come with a free serving of fragrant basmati rice and sides, including papadam and chutneys. Diners can alter the spice level of any of the dishes according to their taste. 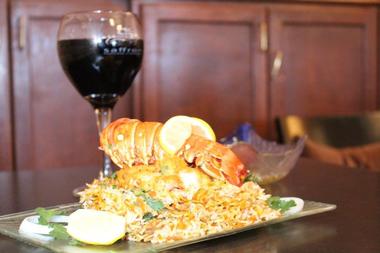 For nearly seven years, Saffron Indian Cuisine has been serving the Orlando community by offering Indian cuisine that is authentic, yet modern. Visitors can pair their meal with a delicious glass of wine or a nice cool beer. The kitchen adds traditional spice to non-traditional dishes, and visitors will be able to try culinary delights such as shrimp chili, tandoori wings, tilapia cooked in coconut milk, lamb chops marinated in spices and yogurt, and naan stuffed with homemade spiced cheese. Large parties could reserve a table before they go; the restaurant also offers delivery and caters to events and parties. 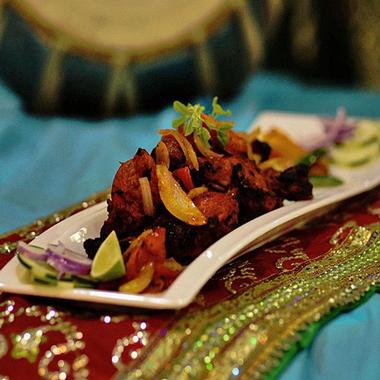 Orlando visitors can find the most authentic Indian, Chinese, and Thai cuisine all under one roof at Tabla. Combined with an elegant atmosphere and a relaxed setting, the restaurant is perfect for families and friends to get together and enjoy some delicious cuisine. The dishes are visually enticing and match the delicate flavors of the meal. There is a lunch buffet available for $9.99 a person, and those looking to eat a la carte will find that there is so much on the menu. The Dish of the Month is something to keep an eye out for and varies based on the fresh ingredients and spices that are available to the chef. 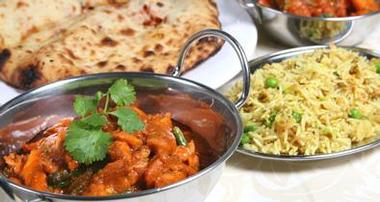 The Punjab region of Northern India has a unique combination of flavors that is incomparable to the other states in India. The foods at Taj Punjabi Indian Restaurant can be cooked according to the diner’s preference (mild, medium, hot, or spicy) without losing the flavor that Punjabi cooking is renowned for. Chicken, beef, lamb, seafood, and vegetarian dishes can be found across the menu alongside traditional drinks and desserts. The restaurant has a unique addition, the Special Nawabi Biryani, where rice is cooked with a combination of chicken, beef, lamb, shrimp, eggs, onions, vegetables, nuts, and freshly ground spices.

11.Indian Restaurants Near Me: Woodlands

Offering pure vegetarian cuisine, Woodlands has a range of South Indian and Indo-Chinese cuisine. Vegetarians will be delighted at the extensive menu, each item on it so different in terms of flavor and presentation. After an appetizer of bondas and samosas, visitors can choose from a range of dosas, or rice crepes, with different variations of stuffing. There are over fifteen curry plates such as palak paneer, or spinach and cheese, and chana masala, chick peas cooked in spices, all of which are served on a bed of fragrant basmati rice. The dessert menu has traditional sweets and drinks such as rasmalai, where homemade cottage cheese is cooked in milk or badam halwa, where ground almonds are cooked in honey and butter.

-- You are reading "10 Best Indian Restaurants in Orlando, Florida" Back to Top or Amazing things to do around me

You are reading "10 Best Indian Restaurants in Orlando, Florida " Back to Top

8 Best Things to Do in St Pete Beach, Florida

15 Best Things to Do in Melbourne, Florida

Where to Stay in Daytona Beach - 20 Best Romantic Getaways