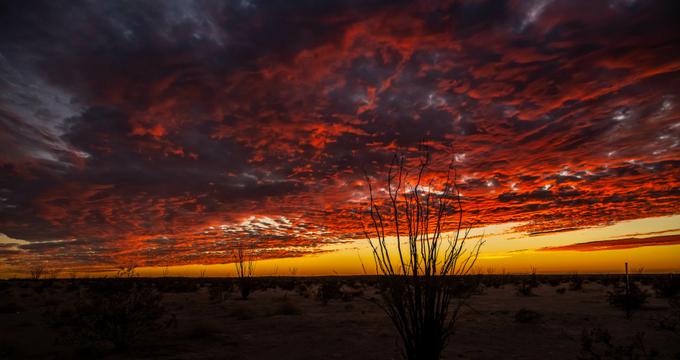 Located near the convergence of the Gila and Colorado Rivers in the southwest corner of Arizona, on the border of California and close to the border of Mexico, Yuma was for more than five centuries an oasis for travelers, explorers and adventurers. Today’s Yuma is a modern city that recognizes its rich history with a number of museums, parks, and heritage areas. It is a fun place to visit with its lively riverfront, and many parks and recreation areas. Between the huge desert just outside of the city with dunes that reach 300 feet, and its close proximity to the mighty Colorado River, reclaimed wetlands, and historic ghost mining towns, Yuma, AZ, has something for everyone.

What was in 1878 a thriving mining town larger than Yuma, is today a ghost town and a museum showcasing the way of life of a mining town. Located in the Castle Dome Mountains, this ghost town recognizes the pioneers who came to make their fortune from silver and copper. The town looks almost frozen in time, it’s almost hard to believe that the miners, post office workers, bartenders and customers are not going to return at any moment.

There are about 50 buildings that were brought from different locations in the area to form the museum. The buildings are furnished with authentic artifacts collected from the surrounding mine shafts. Visitors can see original structures such as the mills, an original boiler, the stamp mill, an elevator, the boardwalks, the church, the five saloons, and so much more. This remnant of a lively frontier town serves as a piece of history to honor a place where only the rugged and brave could survive.

Opened in 1996 on the West Cocopah Reservation in order to portray the Cocopah history and culture, the Cocopah Museum & Cultural Center is surrounded by a 1.5-acre lushly forested park full of Sonoran native trees and plants. Within the park, visitors can see a replica of a Cocopah traditional dwelling and Ramada.

The museum has a number of historical tribal exhibits that showcase Cocopah family structures, as well as the way of life, traditional clothing, everyday objects, musical instruments, veteran and warrior displays, beadwork, and tribal tattoos. The museum also serves as a meeting place and has a nice gift shop with traditional Cocopah crafts.

3.Things to Do in Yuma, AZ: Gateway Park

In a city with 35 public parks, there is plenty of opportunity for some outdoor fun. Gateway Park is located at the end of Madison Avenue in downtown Yuma, on the banks of the Colorado River, and is shaded by the famous ‘ocean-to-ocean’ bridge. There is a lovely sandy river beach, very popular for building sand castles and swimming in the summer.

There is also a kids’ playground on the beach and two fishing docks. Gateway Park is a popular picnic spot and it has three ‘ramadas’ or shelters with picnic tables, benches, and barbecues. The park has showers and restrooms as well.

Imagine a sea of dunes, some 300 feet tall, stretching for 40 miles to the horizon, like some foreign land you have just stumbled upon. This sandy wonder is known as Imperial Sand Dunes Recreational Area, and is one of the most popular film locations for movies involving sandy settings.

This huge sand box is located only 20 miles west of Yuma, which serves as a gateway for all off-road driving enthusiasts – more than a million of them come every year in spite of all the heat. There are several camping areas including Buttercup, Grays Well, Gecko, and Roadrunner; all sites have parking pads and toilets.


About ten miles outside Yuma is a lush oasis in the desert, with 8,000 date palms swaying in the wind, looking almost like a mirage in the hot desert sun. It actually is an oasis, dug out of rough desert land by the hands of Nels and Martha Rogers in 1990. Today, they have one of the largest date farms in the area, with a 3,000-square-foot store surrounded by 130 acres of Medjool date palms.

The whole date industry in the United States started in 1927 when USDA scientist Walter Swingle brought 11 shoots from Morocco to Nevada. All palms in the United States today are offshoots of these original trees. Martha’s Gardens is a popular place to stop for a date shake or for a tour of their beautiful desert oasis.

6.Things to Do in Yuma, AZ: The Camel Farm


Located on the outskirts of Yuma, the Saihati Camel Farm is a working farm and a petting zoo that specializes in breeding one-humped camels and taking care of almost 200 other exotic animals from about 40 species. Living in fenced pens, animals have a lot of space to move around and visitors can get up close and personal with them. Kids will love meeting the funny looking camels, huge ostriches, miniature donkeys, a zeedonk – a cross of zebra and donkey, a llama, sheep, a giant tortoise, kinkajou, coatimundi, emu, Patagonian cavy, water buffalo, hedgehog, ibex, wallaroo, and many others. Children can buy food for the pets and feed them, fun for both the children and the animals.

Just outside of today’s Yuma, there are two massive granite rock outcroppings on the Colorado River that significantly narrow the river. For more than 500 years, these rocks provided the only river crossing for more than a thousand miles, affecting the history of the entire area. This crossing was important for the lives of the local Patayan and Quechan tribes, Spanish explorers, adventurers traveling to the Wild West, and for those joining the California Gold Rush. Fort Yuma Crossing was built in 1848 to protect emigrating travelers from Indians.

The Museum showcases events ranging from 1942 to present day, with exhibitions showcasing the Desert Training Center, the Yuma Test Branch, Camp Seeley, the Yuma Test Station, and the Proving Ground. One room in the building is dedicated to the Liberation of Concentration Camps in WWII, and the role of the American Army Units that took part in it. There is an exhibit on Tests of the 50's and 60's, as well as an exhibit which is a tribute to the victims of 9/11. The last room of the Museum is dedicated to the commemoration and recognition of Vietnam Veterans.

Where can you get away, luxury tourism, resorts & family weekend hotels to visit around me with kids, outdoor activities, on a budget, takeout, most popular, how to spend a day locally: From Jacksonville, Poconos, From Miami, Fort Lauderdale, From Mexico City, Austin, From Pittsburgh, East Coast Honeymoon, From Santa Barbara, Birmingham, IA, Vancouver, From Denver, NYC, Tucson, Leavenworth

Because of its unique location on the high ground overlooking the Colorado River, the Yuma Quartermaster Depot provided the lifelines to the military posts in Nevada, Arizona, Utah, Texas and New Mexico from 1864 to 1883. The U.S. Army's warehouses kept a six-month supply of food, clothing, ammunition and all other goods for the soldiers stationed in the forts.

The goods were first brought by ocean vessels to the Gulf of California. From there, they were loaded onto river steamboats and sent up the Colorado River to Yuma, and from there shipped farther or upriver or overland, by the 20-mule wagon teams - a part of Western lore. After the closing in 1883, the site continued to serve as a telegraph and weather station, a customs office, and even as the home of the Bureau of Reclamation.

The Yuma Territorial Prison played a big part in the history of the Old West, inspiring fear in those on the outside of the law, although it only operated for 33 years. Its legacy lives on thanks to the movie 3:10 to Yuma, and of course the museum located on-site. Built in 1875 by the first group of prisoners, the prison hosted 3,069 prisoners in its time, among them were 29 women. Surrounded by the enormous desert and the huge Colorado River, the chances of escape were slim. While nobody was ever executed here, 111 prisoners died while serving their time.

After the prison was closed for overcrowding in 1907, it was used by the Yuma Union High School from 1910 to 1914, and during the Great Depression as a shelter for homeless. Today, the prison is managed by the Yuma Crossing National Heritage Area, serving as a museum that tells the story of this interesting part of Wild West history.