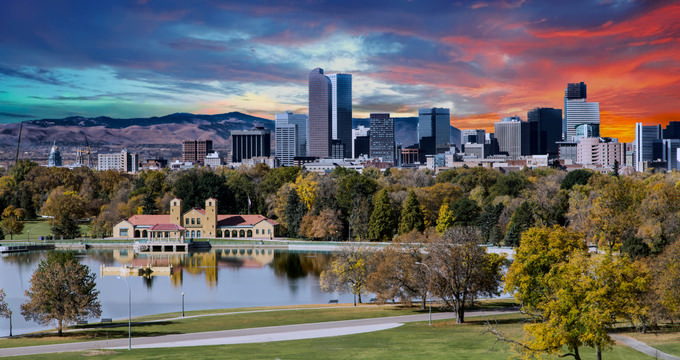 Located in the western central part of the United States, Colorado is the eighth largest state in terms of physical size and the 21st biggest in terms of population. This results in Colorado being one of the most sparsely populated states of all. Nicknamed the Centennial State, Colorado covers an area of 104,094 square miles and has an estimated population of 5.6 million. Colorado earned its nickname due to the fact that it officially became a state 100 years after the Declaration of Independence was signed. 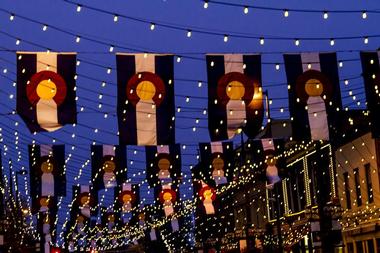 The state is known for having the highest mean elevation of any American state, with large parts of Colorado being covered by the Rocky Mountains. The Colorado Plateau and Great Plains also make up the rest of the state, which was named after the Colorado River which runs through it. The capital city of Colorado is Denver, which is also its largest city. Here are some more details and overviews of the largest cities in Colorado. 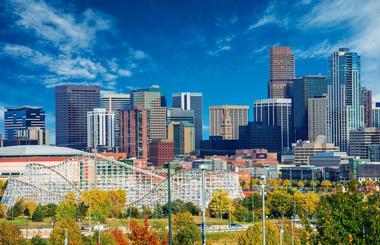 Located in Denver County in the northern central part of the state, Denver is the capital city of Colorado and is also the largest city in the state. Denver covers an area of 154.97 square miles and is a consolidated city-county. It has an estimated population of 704,000, with over 2.8 million in the surrounding metropolitan area. As the capital city of Colorado, Denver is a major cultural, commercial, and industrial hub for the state.

Denver has the unique nickname 'Mile High City' due to its average elevation being almost exactly one mile above sea level. The city was founded in 1858 and originally called Denver City. It was named after James W. Denver, a politician who served as the Governor of Kansas Territory. Denver, like many major Colorado cities, is located right nearby the Front Range of the Rocky Mountains and is known for being a popular recreational city, as well as housing multiple monuments, museums, and sports teams. 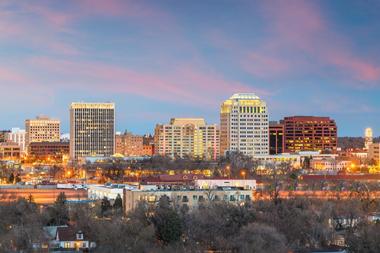 A home rule municipality located in El Paso County, Colorado Springs is the second largest city in all of Colorado. This city is located in the eastern central section of the state and covers an area of 195.11 square miles. Colorado Springs has an estimated population of 465,000 and is located near the Front Range of the Rocky Mountains, just like Denver.

Colorado Springs is actually the largest municipality in the entire state in terms of the area of land it covers. This city is nicknamed 'Olympic City USA' as it is home to the United States Olympic Committee and Olympic Training Center, along with the headquarters of many national sporting organizations. 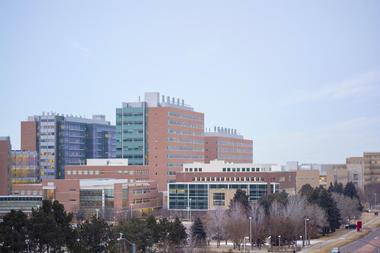 Located mostly in Arapahoe and Adams Counties, with a small section also extending into Douglas County, Aurora is the third largest city in the state of Colorado. This home rule municipality, covers an area of 154.19 square miles and is situated in the western central part of the state. Aurora has an estimated population of 361,000, with over 2.8 million in the surrounding metropolitan area.

Aurora is nicknamed 'Gateway to the Rockies' due to its key location near the Rocky Mountains and was settles in the 1880s. It was originally called Fletcher in honor of a Colorado entrepreneur named Donald Fletcher, but was renamed after Fletcher himself fled the town when the mines in the area dried up. 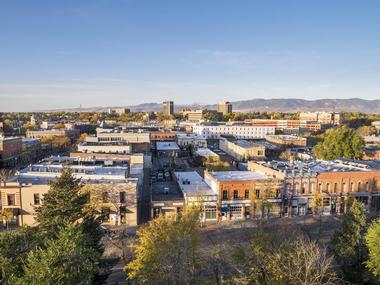 
A home rule municipality located in Larimer County, Fort Collins is the fourth largest city in Colorado. This city is located near the northern border of the state and covers an area of 57.05 square miles. The estimated population of Fort Collins is 164,000.

This city is the county seat of Larimer County and was founded on the Cache La Poudre River along the Front Range of the Rocky Mountains. The city is best-known for housing Colorado State University and is therefore a very popular place with students. 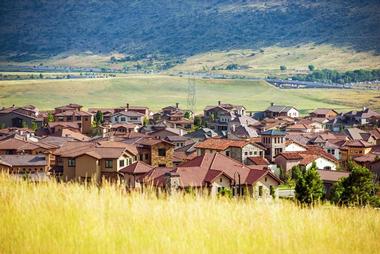 
A home rule municipality in Jefferson County, Lakewood is the fifth biggest city in all of Colorado. This city is located in the central part of the state, due west of Denver, and is part of the Denver-Aurora-Lakewood Metropolitan Statistical Area. Lakewood covers an area of 44.05 square miles and has an estimated population of 154,000.

Lakewood was founded in 1889 and incorporated in 1969. It was known as Jefferson City at the time, but an election was later held to change the name to Lakewood. This was because there were other places using the 'Jefferson' name in Colorado and nearby states and citizens didn't want people getting confused.

12 Best Things to Do in Winter Park, Colorado

10 Best Things to Do in Brighton, Colorado

10 Best Things to Do in Georgetown, Colorado