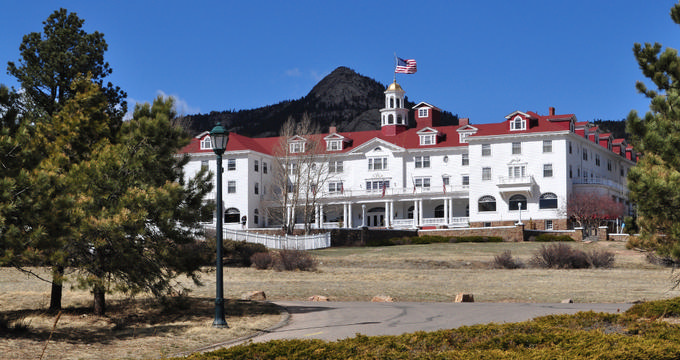 Located in Larimer County in northern Colorado, Estes Park is a small but very popular town. Stretching out across just 6.97 square miles, Estes Park is situated on the Big Thompson River and not far from the Rocky Mountain National Park. It has a population of less than 6,000 people but attracts countless more each and every year due to its convenient location for rock climbing, mountaineering, and other outdoor, recreational activities. CDC information for travelers. Hours/availability may have changed. 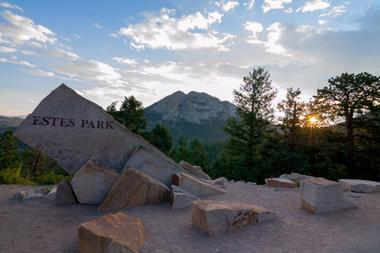 The town of Estes Park also has an interesting history. Arapaho Indians lived in the area for many years before the arrival of European settlers. The town was then founded by a Missouri man named Joel Estes in 1859. The town quickly gained a reputation for being situated in an area of outstanding natural beauty, attracting many prestigious visitors from both America and abroad. In the early 20th century, hotels and businesses began to set up in the area, including The Stanley Hotel, which was built in 1909 and actually served as the inspiration for Stephen King's seminal novel The Shining.

In more recent times, the town of Estes Park has become a popular resort destination, regarded as the gateway to the Rocky Mountain National Park. Many rock climbing and hiking opportunities in the surrounding area, and ski resorts like Eldora and Echo Mountain just short drives away. Fishing, cycling, an aerial tram, and other activities can all be enjoyed at this beautiful location. 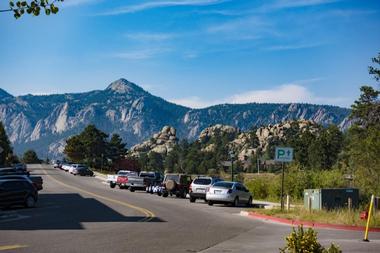 The elevation of a city, town, or landmark is an important geographical statistic as it tells us how high above sea level the location actually is. This kind of measurement is used all over the world and traditionally measured in feet or meters. In the case of Estes Park, this Colorado town has an elevation of 7,522 ft (2,293 m). Considering that most people live in coastal areas with elevations of 500 feet (152 m) or less, it’s easy to see that Estes Park has a relatively high elevation. This is mostly due to its location in the generally highly elevated state of Colorado and its proximity to the Rocky Mountains and other high-altitude areas.

Due to the relatively high elevation of Estes Park, visitors to this town from low-lying places may need a little time to adjust to the colder temperatures and unique conditions; it’s worth noting that alcohol has a stronger effect at higher elevations, and it’s easier for people to get dehydrated quite quickly, so it’s important to drink lots of water. Many residents of Colorado will be familiar with these kinds of conditions, however, as the state is the highest in the whole United States, with a mean elevation of 6,800 feet (2,070 m). This means that the elevation of Estes City is actually higher than the state average, but isn’t the highest overall. The highest city in Colorado is Leadville, which is also the highest city in the United States and has an elevation of 10,200 feet (3,109 m).

3.Climate and Things to Do in Estes Park 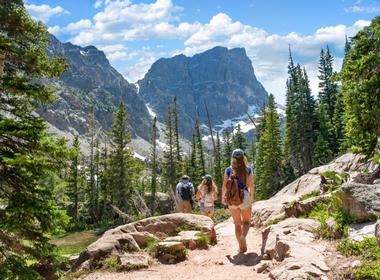 Estes Park, like many high altitude areas in Colorado, has a continental climate with distinct seasons. Temperatures can get relatively warm in the summer months of June, July, and August, whle dropping down low during the winter of December, January, and February. Precipitation is quite common in Estes Park, with approximately 22 inches falling each year. Humidity levels tend to be quite low due to the arid nature of the town and surrounding area.

Things to do in Estes Park include visiting the Rocky Mountains and enjoying the local scenery. The nearby forests and mountains provide endless options for camping, hiking, climbing, cycling, and other outdoor activities. Local landmarks include the aforementioned Stanley Hotel, which is a big hit with horror movie and Stephen King fans in general, as well as The Baldpate Inn, which is on the National Register of Historic Places and is a very unique and beautiful hotel.

17 Best Things to Do in Aurora, Colorado