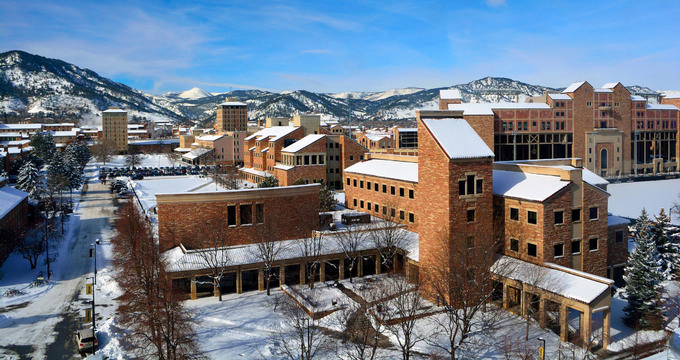 Located just 25 miles northwest of the Colorado state capital of Denver, Boulder is one of Colorado's most historic cities and important modern day locations, being home to the nationally famous University of Colorado, which is the biggest university in the whole state. Boulder, Colorado, has a population of a little over 100,000 people but around three times that amount can be found living in the Boulder, CO Metropolitan Statistical Area. 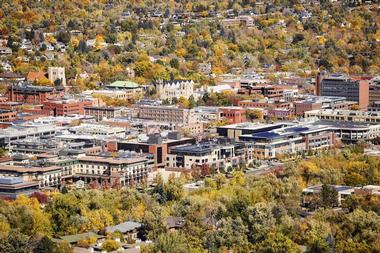 The city of Boulder is the county seat and biggest municipality in Boulder County, as well as being the 11th biggest city in the state of Colorado. Not far from the Rocky Mountain range, Boulder is conveniently located for people who work in Denver and other surrounding cities and is often well ranked in terms of its quality of life and the general health and well-being of its residents, who are known as Boulderites.

Sitting in the Mountain Time Zone in the northern, central part of Colorado, Boulder was part of Nebraska Territory until 1861, when Colorado was established and the city went on to play a key part in mining for the nearby mountains. Miners would stop off at the city, purchasing items and equipment, as well as resting in the local saloons and bars. In 1875, construction on the University of Colorado began in Boulder, and this educational institution would go on to become a major draw for the city for many, many years to come.

The elevation of a city tells us how high it is above sea level and the city of Boulder, Colorado, has quite a high elevation when compared to many other cities around the United States. Boulder’s elevation is 5,328 feet (1,624 m), which is a little over a mile. This means that Boulder’s elevation is so high that people visiting the city from lower areas may need some time to adjust to the changes in air pressure. The temperatures in Boulder, Colorado, can also tend to be a little lower than other locations due to its relatively high elevation, and so visitors may need to take extra precautions and preparations when planning a trip to Boulder.

Boulder’s relatively high elevation matches with many neighboring cities. It sits not far from the ‘Front Range’ of the Rocky Mountains, and all cities in this region tend to have elevations of 5,000 feet (1524 m) or more. A key example would be Denver, which is the state capital and has an elevation of 5,280 feet (1,609.344 m), earning itself the nickname of ‘The Mile High City’. The state of Colorado is the highest in the entire United States, with a mean elevation of 6,800 feet (2,070 m) due to the various mountains and high regions that dominate the landscape. Therefore, Boulder’s elevation is lower than the mean elevation for Colorado.

3.Climate and Things to Do in Boulder, Colorado 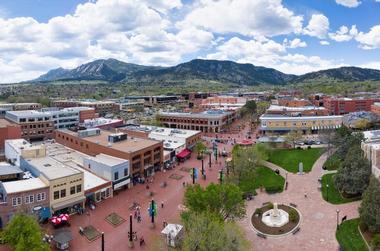 The city of Boulder, Colorado, has a semi-arid, continental climate, which means that each season brings its own unique weather conditions and precipitation levels to the region, but that the average amounts of rain and snowfall tend to be lower than normal due to the semi-arid conditions of Boulder County and the surrounding area. The hottest month of the year in Boulder is July, which sees average highs of 88°F (31°C), while the coldest month of the year is December, when temperatures can fall as low as 21°F (6°C). Snowfall is common in the area, especially through the winter months.

Boulder, Colorado may be a relatively small town when compared to other major cities in the state like Denver, Colorado Springs, or Aurora, but there's still plenty to do in this location. The presence of the University of Colorado campus ensures that there's always a big student population in Boulder, and the city has evolved to meet the needs of these young people. Boulder hosts one of the biggest road run races in the world, the Bolder Boulder, every year, as well as various other special events like the Boulder Cruiser Ride and Polar Bear Plunge.

25 Best Things to Do in Pagosa Springs, Colorado