Point Loma Fishing - Things to Do 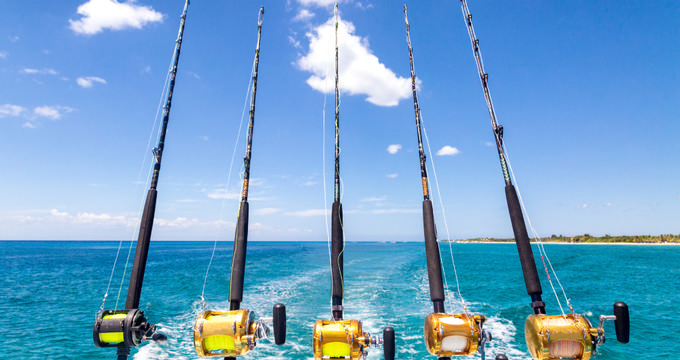 Situated in San Diego, California, Point Loma is one of the city's true gems. This hilly peninsula peeks out into the Pacific Ocean and helps to close off the San Diego Bay area. The area has a population of around 48,000 and was actually the landing location of the first ever European expedition to arrive in the state of California. Nowadays, it's a popular vacation spot, with some superb water sport opportunities and fantastic fishing.

Fishing at Point Loma is becoming increasingly popular in recent times as anglers learn about the incredible opportunities offered by the Point Loma waters. As a peninsula, Point Loma is surrounded by water on most sides, providing plenty of great spots for both inshore and offshore fishing sessions, and there are many great catches just waiting to be plucked from the Point Loma waters on your next fishing trip. Things to do in San Diego

Types of Fish to Catch at Point Loma

With the Pacific Ocean right on the doorstep, fishing in Point Loma offers a treasure trove of potential catches. There are countless species all around the area, with some being more highly favored by anglers than others. Tuna fishing is especially good in the area, and some of the other species you might be able to reel in include dorado, yellowtail, rockfish, sand bass, sheepshead, barracuda, and others. Here are some details on some of the best fish to catch at Point Loma.

Yellowfin Tuna - Reaching weights of up to 400 pounds, the yellowfin tuna represents one of the biggest and most thrilling fish to catch at Point Loma. They spend most of their time in deep offshore waters but do sometimes come closer to the shore when the temperature of the water is just right.

Skipjack Tuna - Another type of tuna you might be able to catch at Point Loma, an average skipjack weighs in at around 40 pounds but much larger individuals can be caught in the area from time to time.

Dorado - Also known as mahi-mahi, Dorado can easily be spotted with their bright colors. They’re quite easy to catch as they spend a lot of time near the surface and bite quite regularly. They can often be found swimming near floating debris or birds and an average catch will tip the scales at around 20-25 pounds.

Yellowtail - Also known as jack, yellowtail are one of the most popular target fish all around Point Loma and the surrounding San Diego area. Big catches can measure up to 40' and yellowtail can be caught at Point Loma all year long. Yellowtail are a popular fish to take home and eat, renowned for tasty flesh that can be cooked and enjoyed in a myriad of ways.

Point Loma Sportfishing is the number one name in fishing charters at Point Loma. This operator runs a huge fleet with over a dozen different vessels heading out on regular tours around the Point Loma waters and beyond, all in search of highly prized fish like yellowfin tuna, skipjack tuna, yellowtail, bass, barracuda, and more. Manned by highly experienced captains and crew members, Point Loma Sportfishing’s fishing charter boats routinely come back to ashore with huge hauls on board.

Hundreds of fish are being caught by these charters every time they head out, guaranteeing that anyone lucky enough to be on board is sure to land themselves a big one. Point Loma Sportfishing runs half-day, full-day, and even overnight fishing trips and welcomes anglers of all ages and experience levels on board. If you want to catch big fish at Point Loma, this is the way to go. Point Loma Sportfishing boasts countless successful tours and huge catches

The guides on board will go to great lengths to track down the biggest fish and make everyone feel welcome aboard. Reviews of these fishing charters are consistently high and the prices of the tours offer excellent value. So if you're looking to head out on the waters, breathe in the fresh air, and reel in some big fish at Point Loma, be sure to choose Point Loma Sportfishing.