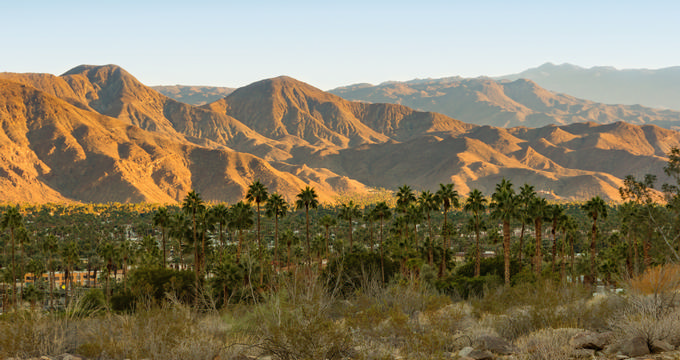 A popular resort city in the southern section of California, Palm Springs is located in Riverside County in the Coachella Valley. Palm Springs is a cultural center of California, home to many different attractions, a lively art scene, distinctive architecture, and various celebrity retreat residences. The city covers an area of 94.98 square miles, which makes it the biggest city in Riverside County, and has an estimated population of around 48,000 people. 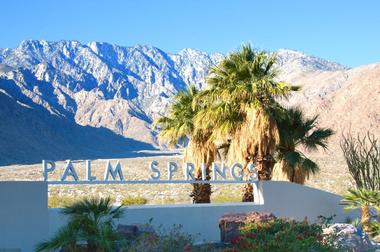 Before European settlers arrived in the area, Palm Springs was home to Native American tribes for many centuries. Spanish explorers arrived in the area in the 19th century and called the area 'La Palma de la Mano de Dios', meaning 'The Palm of God's Hand' and it is believed that the 'Palm' part of this title is what helped to give the city its eventual name. The foundations of the town were laid in the late 19th century and the area soon became known for its natural beauty, leading to the construction of many hotels and resorts.

Through the 20th century and into the modern day, tourism in Palm Springs skyrocketed, especially when many major stars began buying up homes in the area. Palm Springs is nowadays known for its luxury stores, beautiful hotels and homes, frequent special events, and wide array of recreational activities including cycling, hiking, horseback riding, and various sports like golf and tennis. The town is also known for its progressive, welcoming atmosphere, housing one of the highest percentages of same-sex couples in the country and running various LGBT-friendly cultural events. 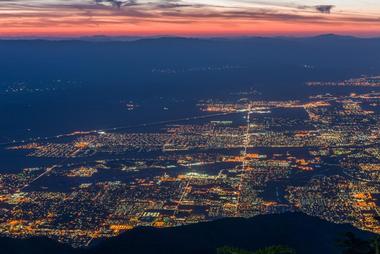 When discussing the statistics and aspects of any town or city, elevation is one of the most important geographical terms to take into account. Elevation denotes how high or low an area is in relation to the mean sea level of Earth. The elevation of Palm Springs is 479 feet (146 m), which is in line with many other United States' cities. Most big urban areas around the country are located in coastal regions with elevations of 500 feet (152 m) or less.

However, despite the fact that the city of Palm Springs itself has a relatively average elevation, the surrounding area is filled with hills and mountains, so there are various high elevation points to be found all around Palm Springs. One of the city's key attractions is the Palm Springs Aerial Tramway, which is the biggest of its kind in the world. It has a base elevation of 2,634 feet (806 m) and arrives at its Mountain Station terminus at an elevation of 8,516 feet (2,596 m).

3.Climate and Things to Do in Palm Springs 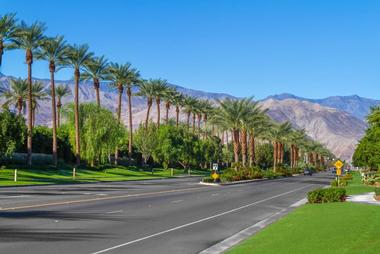 Like most other cities around California, Palm Springs enjoys warm and sunny weather for much of the year. Due to its desert location, Palm Springs has a hot desert climate with very low amounts of precipitation per year. Temperatures can reach highs of 71°F (22°C) even in the coldest months of the year and rise up to 108°F (42°C) through the warmest months of July and August. The city has less than five inches of rain each year.

As a popular resort town, there are plenty of things for tourists and travelers to do in Palm Springs. A lot of recreational activities can be enjoyed in and around the city, with golf courses and tennis courts dotted around, along with trails for hiking, cycling, and more. The aforementioned Palm Springs Aerial Tramway is a very popular attraction and opens the way to new activities. Due to the huge rise in elevation at the top of the tramway, snow can often be found in this area. Palm Springs also hosts various events and festivals like the Palm Springs International Film Festival, Veterans Day parade, and Palm Springs Festival of Lights Parade.

12 Best Things to Do in Lake Forest, California

15 Best Things to Do in Mountain View, California

18 Best Things to Do in Monterey (California)

25 Best Things to Do in Orange County (California)