Best Things to Do: Lui Entertainment - Top Illusionist in the Bay Area 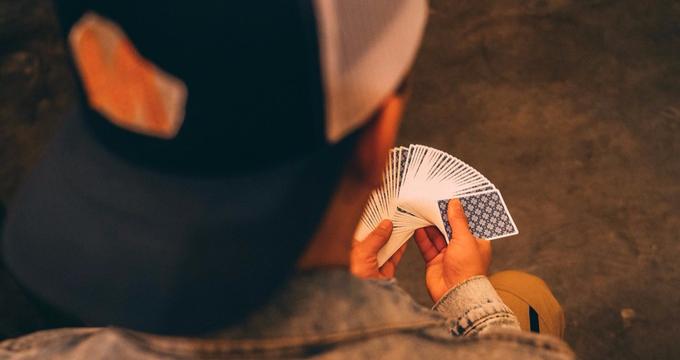 Some people are born with an innate ability to entertain and amaze. Alvin Lui is one of those people. At just 14 years of age, Alvin watched a David Copperfield TV special and was immediately hooked on the art of magic. All of his energies and passions went into devising tricks and performances, as well as developing his own signature style. Now an experienced and successful illusionist, but also a psychological expert and storyteller, Alvin Lui gives incredible and magical performances at theaters, corporate events, private functions, and more.

With years of illusionist experience and inimitable expertise to his name, Alvin Lui is one of the top illusionists working in the San Francisco Bay Area. He has entertained, amazed, and enthralled legions of audience members and admirers and continues to enhance and build on his unique set of skills to deliver some of the most groundbreaking and memorable magical performances in all of California.

- Magical Shows - Alvin Lui is an exceptionally talented illusionist. A lifelong lover of magic, he has mastered several disciplines, including sleight of hand and psychology, and aims to provide the very best magic shows possible. His performances are exciting and varied as he weaves stories and tells tales through his art, while also engaging and interacting with audience members in order to really help everyone feel like part of the show, rather than simple spectators.

- Magic for All - Part of Alvin Lui's approach to the art of illusion is to try and put on shows and presentations that can appeal to people of all backgrounds, ages, and from all walks of life. Whether you're a lifelong magic fan or someone who has never even seen a single trick, Alvin puts on shows that can amaze and entertain you, with his positive attitude, showman-like stage presence, and fascinating storytelling abilities drawing audience members into his world time and time again.

- Trusted and Admired - Alvin Lui has performed private shows and partnered with some of the biggest names in California. His enviable list of clients includes instantly recognizable names like Hilton, Visa, Neiman Marcus, T Mobile, the American Cancer Society, Stanford University, and Chevron. He has also been featured, praised, and talked about in many local and regional media publications like The Independent, Dublin Patch, and Pleasanton Weekly, as well as receiving rave reviews and recommendations from countless people who have seen him live.

- Magic Unplugged - Blending the art and elegance of a full stage performance with the casual vibe and fun interactivity of a close-up show, Magic Unplugged is one of the hottest magic shows in the Bay Area right now. With plenty of audience participation and some stunning sleight of hand, Alvin Lui can give you a night to remember and even encourages audience members to bring their own deck of cards along for him to use in his performance. Guests also enjoy a range of bonuses like a free glass of wine and discounts at various local stores.

- Private Shows - Alvin Lui has proven hugely popular at private and corporate events. No matter what kind of event you're planning, Alvin can bring it to life and enhance the experience for all, offering both 'strolling' and 'parlor' shows. The former involves Alvin walking around among your guests and doing some amazing close-up tricks to build up a crowd and capture the audience's attention, while the 'parlor' shows bring together theater, psychology, stories, and illusionist abilities into a full 30-60 minute stage performance.

Alvin Lui is one of the finest illusionists working today, and if you'd like to get in touch with Alvin for a private event or corporate occasion, he can bring a lot of excitement and thrills for all your guests to enjoy. There are a few different ways you can get in touch and start planning out an event with Alvin Lui:

- Phone - Interested parties can call up 510 969 0810 to speak with a member of the Lui Entertainment team and start organizing a show.

- Online Form - The simplest and often most effective option to get started is to head over to the official Liu Entertainment website and fill out an online form. You'll need to enter some basic contact information and details of your event like the location of the venue, the date, and the approximate number of guests. A member of the Lui Entertainment team will be back in touch with you as soon as possible to discuss details. website

21 Best Things to Do in Venice Beach, Southern California