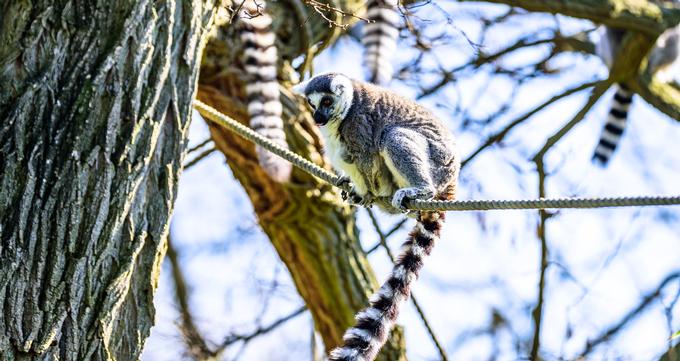 The Los Angeles Zoo and Botanical Gardens was first opened in November 1966. There are currently more than 1,100 animals residing within the zoo that represent more than 250 species, including 29 endangered species. The zoo's botanical collection contains more than 7,400 plants representing 800 different species of plant.

The Zoo and Botanical Gardens are run by the City of Los Angeles and the 133 acres are visited by more than 1.5 million people each year. The mission of the City-run zoo is to nurture wildlife and enrich the experience that visitors have with nature.

The Los Angeles Zoo was the fourth zoo to serve its namesake city. In 1956 city officials realized that they had begun outgrowing its smaller zoo, Griffith Park Zoo, which contained 15 animals. They allocated $6.6 million to found a new and larger zoo. In August 1966, Griffith Park closed and the first animals were relocated to the new location which would ultimately become The Los Angeles Zoo and Botanical Gardens. More a href="https://vacationidea.com/california/best-romantic-things-to-do-in-los-angeles.html" target="_blank">Things to Do in Los Angeles 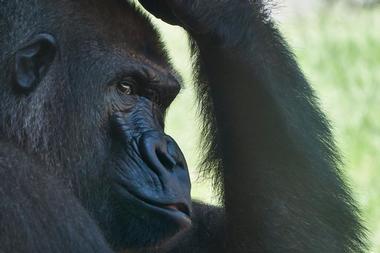 In November 1966, the Los Angeles Zoo was officially opened to the public. Since then, the zoo has become an accredited member of the American Zoo and Aquarium Association. The dedicated staff members at the Zoo have bred and raised a wide-variety of endangered animals in captivity, including a black rhinoceros and the first gorilla baby to be delivered by Caesarian section.

In the 1980's, the zoo helped bring the majestic Condor back from the brink of extinction and even housed famous Chinese Pandas, Yun Yun and Ying Xin, for three-months during the summer Olympics. A donation in 1988 allowed the Zoo to open a new Meerkat exhibit, which would late provide inspiration for the creators of The Lion King when developing their now infamous Meerkat character, Timon.

In the 1990's the main focus of the Zoo was to gather volunteers and focus on animal enrichment programs. The hard-working employees of the zoo not only achieved this goal, but they created one of the largest volunteer enrichment program in the country. This success attracted the attention of world-renowned sponsors like Nestle and Purina. Thanks to Nestle, the Zoo was able to debut The World of Birds show in 1990, and Purina was kind enough to fund a refurbishment of the Tiger exhibit in 1993, which included the addition of a waterfall.

The early 2000's marked tons of improvements and the founding of family programs. The year 2000 kicked-off with the founding of the Red Ape Forest, a state-of-the-art orangutan exhibit. The following year, the Winnick Family Children's Zoo was opened. It features a petting zoo, and outdoor amphitheater, and an interactive learning center.

The year 2002 marked the accreditation by the American Association of Museums and the renaming of the Zoo to the name which visitors currently know and love: The Los Angeles Zoo and Botanical Gardens. The combination of majestic animals and picturesque gardens make the Zoo a rare treasure and a must-see.

The rest of the 2000's until the present marked the openings of many exciting animal exhibits and attractions, including an elephant exhibit and even a Carousel. The Tom Mankiewicz Conservation Carousel was a generous gift from Ann and Jerry Moss in 2011, it is a working ride and it features 64 hand-carved wooden figures.

In 2012, the LAIR (Living Amphibians, Invertebrates, and Reptiles) was opened. It contains more than 60 different species and is a solid base for the Zoo's reptile and amphibian conservation program. In 2014, the Rainforest of the Americas exhibit was opened which was the final step of the Zoos master construction improvement plan. The last and final portion of this exhibit is estimated to be completed in 2015, with a new exhibit for the Zoo's jaguars. 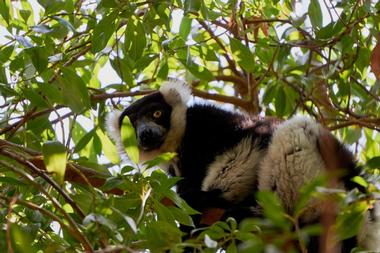 There are more than 1,100 animals residing at the Zoo, which represent more than 250 species, including 29 endangered species. The animals are sorted into five categories: Amphibians, Reptiles, Invertebrates, Birds, and Mammals.

The Amphibian collection at the Zoo is exotic and includes not only rare but very strange-looking creatures. One of the strangest is the axolotl, a breed of salamander which is critically endangered. The axolotl has spots, webbed-feet like a frog, and they even have bushy gills.

There are very rare and endangered species found in this exhibit, all with strange and elusive names, however, the most common species of animals found in this collection are the frog and the toad. Don't be fooled by the common and recognizable names tough, there are some extremely rare species of toads and frogs in this collection, including one of the most toxic animals in the world – the Golden Poison Dart Frog.

A bright yellow color to ward off predators, the Golden Poison Dart Frog secretes a neurotoxin through its skin and can be fatal to a grown adult human in amounts as small as 200 micrograms. The frog is a local to the Pacific Coast of Columbia and its greatest predator is deforestation.

All sorts of salamanders, toads, frogs, and other amphibians from both fresh and salt water habitats can be found in this collection.

The Reptile collection at the Zoo is quite vast and extremely exiting. From dangerous predators like the American Alligator and the Komodo Dragon to the gentle and strong Tortoise, this collection is interesting to visitors of all ages.

All species of snakes, lizards, turtles, alligators, and dragons can be found here, making visitors feel as if they have been returned to the age of dinosaurs. A large variety of snakes can be found here as well, including rattlesnakes, vipers, mambas, pythons, and even boa constrictors.

The Emerald Tree Boa is one of the most interesting species in the collection. It is a bright green color and is a native to wet lowland rainforests. But what really separates this species of snake from the others in this collection is the fact that it is ovoviviparous. This means that it actually hatches its eggs inside of its body!

This reptile collection is a part of a nationally-recognized conservation program, making it a must see for all visitors.

The Invertebrates collection is a creepy, crawly, and intriguing exhibit. Invertebrates are classified by the fact that they do not have a backbone and are the most abundant creatures on the planet, in fact, they make up almost 97% of all known animal species. A large variety of this seemingly never-ending animal group can be found at the Zoo, including spiders, beetles, bugs, and scorpions.

The Bird collection at the Zoo is unbelievably beautiful. The collection even contains rare and endangered birds such as the Condor, the American Bald Eagle, and the Red-tailed Hawk. This animal collection is the pride of the Los Angeles Zoo and includes all sorts of majestic birds, such as the toucan, the peacock, scarlet macaws, and even owls.

The Zoo is so proud of this collection and its bird conservation programs that they have the World of Birds Show. This show is one of a kind and definitely should not be missed.

The Mammals collection is the most popular and make up the majority of the Zoo's exhibition space. All of the typical zoo favorites can be found including giraffes, elephants, tigers, monkeys, and bears, but there are also some very rare and fascinating species at the Zoo. Some rare and exciting exhibits include koalas, jaguars, and even harbor seals.

The Los Angeles Zoo and Botanical Gardens has a seemingly endless amount of animal exhibits, and visitors will definitely struggle to see them all in just one visit. With the nationally-recognized breeding program and wildlife conservation program, new additions are arriving at the zoo quite often. 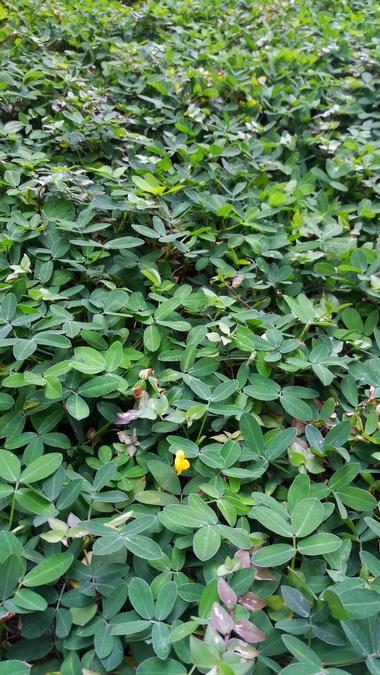 Although most visitors come to the zoo for the animals, there are also more than 7,400 plants representing 800 different species of plants at the Zoo. These plants are divided into three main groups: those that fill out the landscape, those that provide food for the animals, and special gardens that highlight strange and unique plants.

Although the gardens maintain endangered plants it also doubles as a habitat for the animals. Most of these plants provide shelter, food, and even comfort for the animals residing at the Zoo. The dedicated staff at the Zoo urge visitors to enjoy and admire the botanical beauty surrounding the animal habitats, noting that the key to animal survival and happiness is to also preserve their natural environment.

The Zoo has an entire division dedication to the education and enrichment of the community with wildlife. Through fun and engaging programs, the education division is committed to developing accessible, diverse, and relevant programs to reach as many community members as possible.

There are all sorts of programs including overnight zoo camps, scout programs, adult programs, filed study, and a large variety of programs for teachers to provide wildlife education and field trips to their students.

Through the generous donations of community members each year more than 3,000 underprivileged students get fully-paid field trips, more than 100 children will be awarded free zoo summer camps, 8 high school students will receive scholarships for conservation-based field study programs, and the outreach program has been able to educate more than 20,000 people regarding endangered species and wildlife conservation.

There are many programs at the Zoo focused on the conservation of plants and animals. They provide dedicated funds, staff, and expertise to conservation projects all over the world, including but not limited to: The Turtle Survival Alliance, The Red Uakari Conservation Project, The Black-Winged Starling Project, and The Javan Warty Pig Recovery Project.

The Zoo has participated in two of the most successful conservation programs in history: the California Condor Recovery Plan and the Peninsular Pronghorn Recovery Plan.

The Los Angeles Zoo and Botanical Gardens has a wide variety of ticket combinations, group visit discounts, and even military discounts. There is also free parking, numerous fine dining and shopping locations nearby.