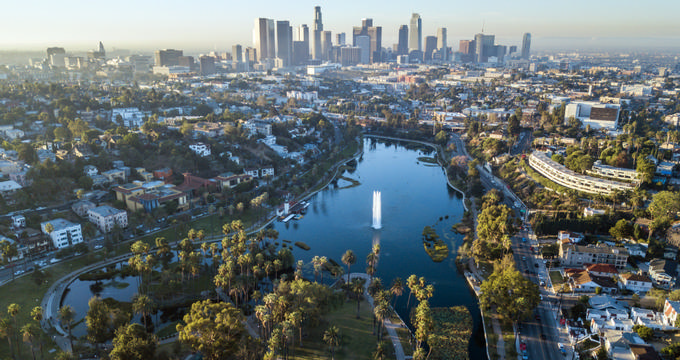 The biggest and most populous city in the state of California, Los Angeles is also the most populous city in the western half of the United States and the second bigger in the entire country, trailing only to New York City. One of the key cultural and commercial hearts of the entire world, Los Angeles sits on the shores of the Pacific Ocean and covers an area of just over 500 square miles. The city has a population of around 4 million people, with over 13 million in its surrounding metropolitan area. Certain attractions may be temporarily closed or require advance reservations. Some restaurants are currently offering pickup only. Hours/availability may have changed. 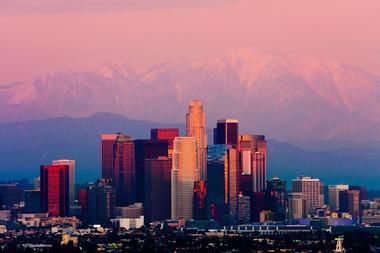 Before it was founded, the area that would eventually become Los Angeles was home to various Native American tribes. A Spanish explorer claimed the area in the name of New Spain in 1542, but the city wasn't actually founded until 1781, when it was technically known as "El Pueblo de Nuestra Señora la Reina de los Ángeles", which was eventually shortened to Los Angeles. The city passed into Mexican hands after the nation's war of independence, but was purchased by the US at the end of the Mexican-American war.

The city's prime location and rich resources, including oil, helped it to grow very quickly. In the early 20th century, Hollywood became a part of the city, helping Los Angeles to grow into a dominant force all around the world. Nowadays, the city is known as one of the key cultural hubs of the United States, hosting countless major events and being the prime location for America's filmmaking industry. Many huge companies and start-ups are headquartered in Los Angeles and the city is one of the most-visited touristic locations in the world. 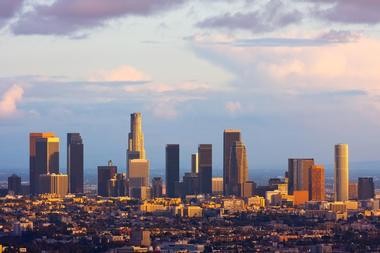 You are reading "Los Angeles Elevation" Back to Top

3.Climate and Things to Do in Los Angeles 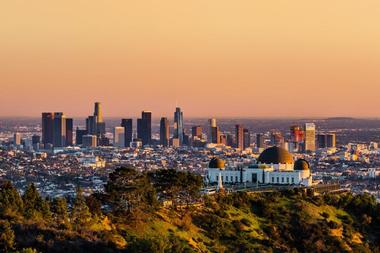 The city of Los Angeles enjoys a Mediterranean climate and is well known for its generally high year-long temperatures. Low temperatures and snow are rare in Los Angeles, but some rain does fall through the winter and early spring. The hottest month of the year is August with average highs of 84°F (29°C), while the coldest month tends to be December with average lows of 48°F (9°C).

Since it’s one of the biggest and most-visited cities in the world, there’s plenty to do in Los Angeles. From surfing and sunbathing on the city’s beaches to taking in the sights like Hollywood Boulevard and the Beverly Hills area, there are attractions and activities to suit every visitor. Popular theme parks, clubs, bars, restaurants, museums, galleries, and more can be found all around LA.

You are reading "Los Angeles Elevation" Back to Top

You are reading "Los Angeles Elevation " Back to Top

14 Best Things to Do in Santa Paula, California

9 Best Things to Do in Colton, California

21 Best Things to Do in Venice Beach, Southern California