15 Best Things to Do in San Pedro, California 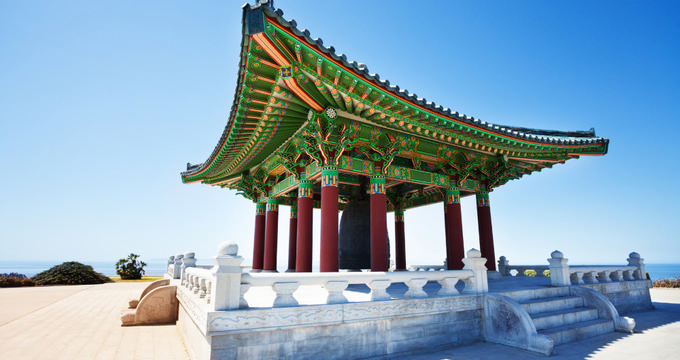 San Pedro has everything you dream your vacation destination will have. Art galleries, cultural destinations, historical sights, children-centered attractions, and renowned dining establishments - you’ll find all this and more in San Pedro. You’re sure to have an amazing time as you spend your days exploring places such as the Cabrillo Marine Aquarium, Fort MacArthur Military Museum, Royal Palms State Beach, and the Port of Los Angeles. 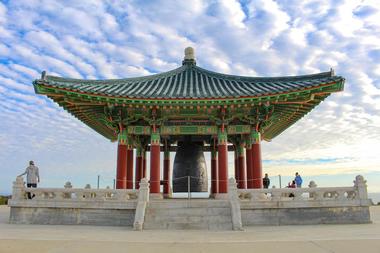 The Korean Bell of Friendship is a Los Angeles Historic-Cultural Monument that can be found in the San Pedro neighborhood. The bell was given, as a gift, to the United States by the South Korean government as a way of symbolizing friendship between the two countries. The gigantic bronze bell is one of the largest in the world and is held in a stone pavilion in Angel’s Gate Park. It is a popular attraction with people visiting the area and if you find yourself there on the first Saturday of each month, you’ll be able to hear the bell run thirteen times for the public to enjoy. 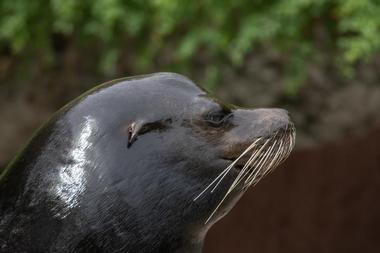 Established in 1992, the Center for Marine Studies has been rehabilitating seals and sea lions which are rescued from the L.A. County coastline for over twenty-five years. Many of the marine animals which are brought to the center were found stranded on beaches due to injury, illness, or malnutrition. The center focuses on treating and releasing them back to their natural habitats. During your visit there you’ll be able to see where the animals are safely kept in habitats that mimic what they’re used to, and which enable their natural wild behavior. Be sure to stop by the Visitor Center and Gift Shop to learn about behind-the-scenes activities and purchase souvenirs to remember your experience. Situated on the southernmost point of Los Angeles, Point Fermin Park is a lovely place to spend a day with friends and family. The 37-acre space is filled with tree-shaded lawns, lavish gardens, sheltered pergolas, and an esplanade along the edge of the palisade. Since the park is located at the top of rugged bluffs, you’ll be able to see breathtaking views of the coast, the Channel Islands, and the Santa Catalina Island. While you’re there, you may even be able to see harbor seals and playful dolphins from the cliffs. Amenities and facilities available at the park include a playground, several picnic areas, and a small amphitheater. 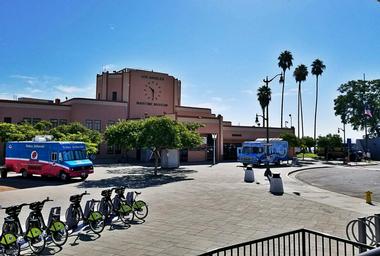 Held in the former Municipal Ferry Terminal building, the Los Angeles Maritime Museum was established in 1979 as a means of preserving maritime culture while also saving the historic building which was built in 1941. The building is now listed on the National Register of Historic Places and recognized as a Los Angeles Historic-Cultural Monument. You’ll see several exhibits at the museum including large ship models such as the ‘SS Poseidon’ from the 1972 disaster film and the U.S. Navy cruiser ‘Los Angeles’. Other popular exhibits are dedicated to the once-thriving fishing industry in San Pedro as well as the San Pedro Fishermen’s Fiesta. 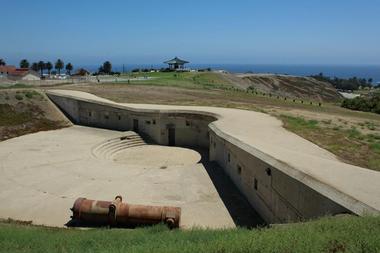 
Located at the site of Battery Osgood-Farley, the Fort MacArthur Military Museum was established in 1985 while the fort itself guarded the harbor from 1914 to 1974. The museum displays several exhibits on the history of Fort MacArthur and the role of Los Angeles as a military port. You’ll be able to see artifacts and memorabilia from the U.S. Army defending the American coastline during the World Wars, Civil Defense, and other military campaigns. The museum hosts several events throughout the year including their popular Old Fort MacArthur Days which is one of the nation’s largest celebrations of world military.

-- You are reading "What to Do in San Pedro, California this Weekend" Back to Top 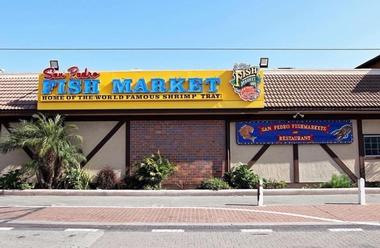 
The San Pedro Fish market & Restaurant is open 365 days a year for residents and visitors of the area to come explore and enjoy a delicious meal. The restaurant initially started as a small corner store and is now a 3,000-seat, renowned establishment right in the center of San Pedro’s waterfront. They’ve won many awards over the years including four Guinness World Records as well as being identified as the ‘5th Most Instagrammed Restaurant in the US’. You’re sure to have a culinary experience like no other as you pick your choice of fish or other seafood, let the team know how you like it prepared, and add the perfect toppings to make your meal complete. 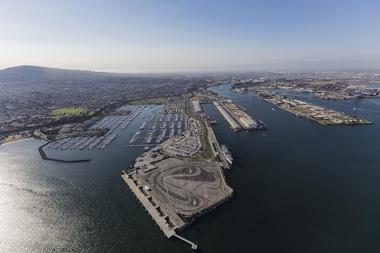 L.A. Waterfront Cruises offers waterfront, harbor, and whale-watching cruises from San Pedro all year long. Spend your days aboard their state-of-the-art boats with the professional and friendly staff searching for dolphins, whales, and several other marine animals. Most common sightings include blue whales, gray whales, bottlenose dolphins, harbor seals, California sea lions, and much more. Tours of the harbor are educational and exciting for the entire family, while anglers may prefer going on a sport fishing tour or charter their very own boat. The Triton, their most popular option, is a sixty-foot-long boat that can hold up to 22 anglers overnight along with a 180-scoop bait tank, large RSW fish hold, a fresh water maker, and a side scan sonar.

Located on the former site of a hot springs resort, the Royal Palms State Beach is a wonderful spot to enjoy San Pedro’s lovely weather. It’s an excellent place to have a picnic while enjoying the stunning views that surround you, though much of the beach is rocky making it perfect for beach combing. The beach is popular with local surfers looking to ride a few waves while other activities you can partake in also include scuba diving, swimming, and fishing. You’ll find the White Point Nature Preserve adjacent to the beach and is a perfect place to go hiking and take in some of the amazing views of the beach.

Often called America’s Port, the Port of Los Angeles is America’s premier gateway for international commerce. The thriving seaport, which is a main feature of the Los Angeles waterfront and is surrounded by historical landmarks, is recognized around the world for its record-setting cargo operations and progressive security measures. You’ll be able to see several ships, cruise and cargo, come and go at the port; there are also several fun, family-friendly events held there throughout the year. One of their most popular events is L.A. Fleet Week which is a multi-day celebration that includes public ship tours, aircraft flyovers, and much more.

-- "Best Things to Do in San Pedro, California for Locals & Tourists - Restaurants, Hotels" Back to Top

Meaning-Full Art is a place for artists of all skill levels, no matter if you’ve exhibited your work at renowned galleries or if you haven’t worked on an art project since kindergarten. The memorable art experience brings people together for creative play, letting you focus on having fun while Meaning-Full Art takes care of all of the details. The classes are designed to coach you every step of the way, ensuring that you have a great time while complete a piece of art you’ll proudly share with the world. Classes include paint pouring, water marbling, holiday ornaments, abstract art necklaces, and much more.

Comprising a park, nature preserve, and a beach, White Point is a popular place in San Pedro to spend the day outdoors. Though you can’t enjoy sunbathing on the beach’s rocky shoreline, visitors can partake in several other activities such as beachcombing, tide pooling at low tide, and scuba diving at high tide. The park is fitted with a large expanse of green that you can play and picnic on; it also has amenities such as benches and picnic tables from which you can enjoy stunning views of the bluffs. If you’re in the mood to get up close with the area’s flora and fauna, then head on over to the hiking trails at the nature preserve. The Battleship USS Iowa Museum is home to the Battleship IOWA, the only Battleship on the West Coast open to the general public. Situated on the waterfront of Los Angeles, the ship is located in an area boasting rich maritime history as the former home of the United States Navy Battleship fleet. Visitors can walk the wooden decks of Battleship USS Iowa and see many different areas, such as the bridge, missile decks, 5” guns, and 16” guns. There’s also the famous Captain’s Cabin, which features the only bathtub ever to be installed for a President on board a battleship.. 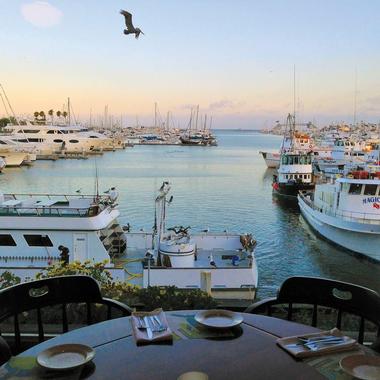 The 22nd Street Landing Seafood Grill & Bar was opened in 1990 by Vietnam veteran Dick Mannila, who had prior experience in the restaurant industry having built restaurants such as Nightwatch and The Rusty Scrupper in his partnership with the Borel Restaurant Corporation. With one of the best locations in L.A., you’ll find that the renowned restaurant has one of the most picturesque views of the waterfront in all of San Pedro. In addition to a great view, you’ll also enjoy a delicious meal and amazing service, ensuring that you have an all-around memorable dining experience. Their Sunday brunch is extremely popular so be sure to stop by and try out patron-favorites like the Blue Crab Cake Benedict and the Blackened Bay Shrimp Frittata. 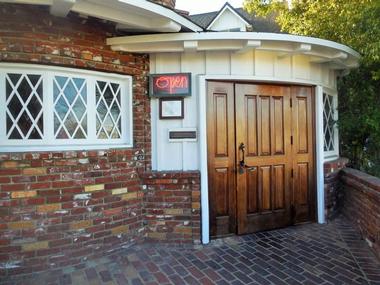 J. Trani’s Ristorante is an icon in San Pedro; the restaurant was originally established in 1925 as the Majestic Cafe by Filippo Trani. Soon, his son Jim joined him and this because a Trani tradition, passing on the reigns of the restaurant from father to son as years passed by. Almost 100 years later, the restaurant continues to thrive while sticking to the recipes and beliefs of the generations before them. Their menu is so varied, serving everything from grilled octopus to pizza topped with caramelized pears. Dishes that have proven to be popular with patrons over the years include the lasagna, black truffle carbonara, and the rib eye with rosemary potatoes and zucchini. 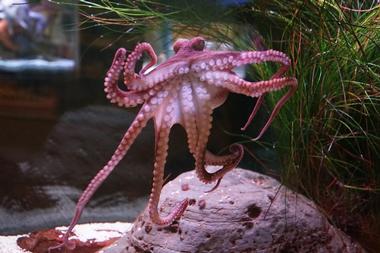 Though the Cabrillo Marine Aquarium was established in 1941, the original building was a smaller structure. What you’ll be seeing today is a much larger, stunning building that was designed by renowned architect Frank Gehry. The aquarium is home to a number of marine animals, much of which is indigenous to Southern California. Visitors of all ages will love exploring the many exhibits like the Southern California Marine Habitats Hall which is separated into the Rocky Shores, Open Ocean, Kelp Forests, Mudflats, and Sandy Beaches. Their award-winning Exploration Center lets you get hands on with activities like the “Crawl In” Aquarium and the Naturalists Corner.

-- You are reading "15 Best Things to Do in San Pedro, California" Back to Top or Amazing things to do around me 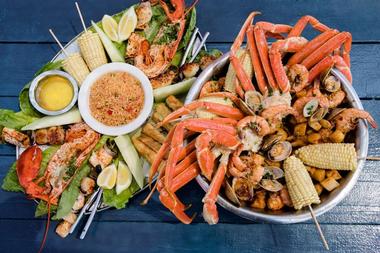 Crusty Crab originally opened in 1982 as part of the expansion of Ports O Call in an effort to compete with neighboring The San Pedro Fish Market and Restaurant. In fact, the restaurant and market was actually constructed on the Norm’s Landing site, which was the original location of The San Pedro Fish Market. The family-owned and operated Crusty Crab serves high quality fresh seafood both in the dining room and in the outdoor dining areas. Not only can guests take in the fresh air and views of the Los Angeles Harbor while dining outdoors, live music takes place often.

15 Best Things to Do in San Pedro, California

You are reading "15 Best Things to Do in San Pedro, California " Back to Top

14 Best Things to Do in Martinez, California

25 Best Things to Do in Chula Vista, California

20 Best Things to Do in Morro Bay, California