10 Best Things to Do in Pacific Grove, California 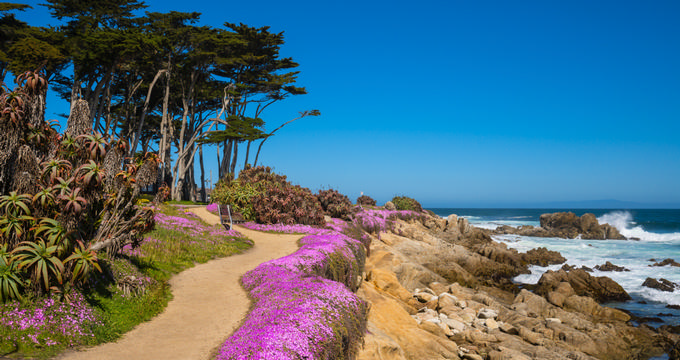 Pacific Grove is a coastal city between Point Pinos and Monterey which is renowned for its charming Victorian homes and beautiful beaches. Top attractions include the oldest continuously operating lighthouse on the West Coast, the Point Pinos Lighthouse, the Pacific Grove Art Center, the Pacific Grove Museum of Natural History, the Monterey Bay National Marine Sanctuary, Lovers Point Beach, and Asilomar State Beach. CDC information for travelers. Hours/availability may have changed. 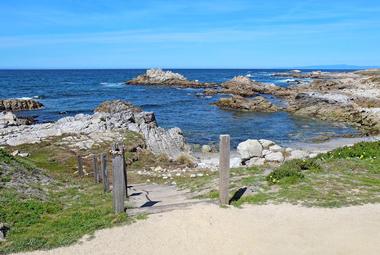 Asilomar State Beach is a state park that protects a narrow, 1-mile strip of rocky coastline and dune habitat on the Monterey Peninsula. The rocky coves along the shoreline are home to thousands of marine species, and the ocean offshore is protected as the Asilomar State Marine Reserve, which forms part of the Monterey Bay National Marine Sanctuary. The park is accessible to pedestrians by a one-mile wheelchair-accessible trail that winds through the dunes and includes the Asilomar Conference Grounds, conference center built by the YMCA that dates back to 1913 and is now listed as a National Historic Landmark. 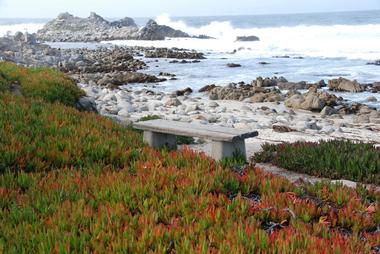 Lovers Point Park, also known as Lovers Point State Marine Reserve is a landscaped community park and a small marine protected area located at the end of 17th Street in Pacific Grove. Encompassing just over four acres, the park features a large grassy lawn, lovely sandy beaches, and rocky outcrops, a children's swimming pool, a beach volleyball court, a concrete fishing pier, and a restaurant and snack bar. The park is a popular spot for enjoying a variety of outdoor recreational activities such as swimming, fishing, watersports, surfing and picnicking and is a beautiful venue for romantic weddings. 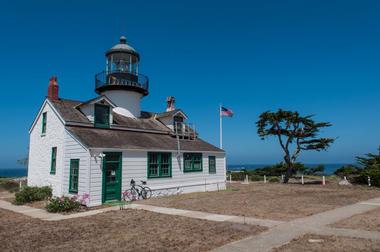 You are reading "10 Best Things to Do in Pacific Grove, California" Back to Top

The Monarch Grove Sanctuary is a nature preserve that serves as a habitat for the thousands of migrating Monarch butterflies that overwinter in the fog-shrouded Monterey pine forests of the Pacific Grove. Home to dense forests of eucalyptus, cypress, and pine trees, the Sanctuary shelters thousands of monarch butterflies who arrive in October and cluster together on the trees for protection. The Monarch Grove Sanctuary is managed by dedicated volunteers who ensure the butterflies are protected during their stay in Butterfly Town. 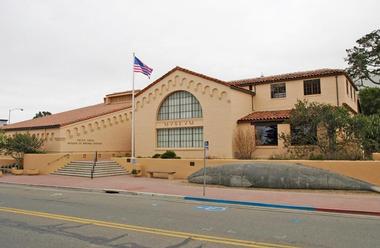 
The Pacific Grove Museum of Natural History is dedicated to showcasing the local fauna and flora of the region, including local native animals, plants, geology, and cultural heritage. Established in 1883 by renowned naturalists John Muir and Louis Agassiz, the museum stands as a living field guide of the California Central Coast and features exhibits of wildlife, birds, plants, and geology. Displays include a collection of over 400 bird specimens, including the California condor and the extinct passenger pigeon, and over 100 plant species native to Monterey County, ranging from mixed oak woodlands, coastal scrub, and chaparral, to butterfly host and nectar plants.


Located in American Tin Cannery Outlets, Big Sur Adventures offers fun e-bike tours around the most beautiful sights in Pacific Grove. Tours are available for all levels of bike riders and include exploring some stunning spots such as the 17-Mile Drive, Old Coast Road, and McWay Falls. A range of regular and electric bikes are also available for rental, safety equipment such as helmets are provided, and special group packages and customized tours can be arranged.

You are reading "10 Best Things to Do in Pacific Grove, California" Back to Top

Hailed as one of the most scenic drives in the world, the famous coastal 17-Mile Drive stretches along the Monterey coastline through the exclusive suburbs of Pebble Beach and Pacific Grove and into the magical Del Monte Forest. The famous coastal landmark winds its way through the gated community of Pebble Beach, which is home to the world-renowned Pebble Beach Golf Links and continues along the coastline, boasting breathtaking vistas and panoramic views. Enjoy this scenic drive, and marvel at some of nature’s riches found including The Lone Cypress, one of California’s best-known landmarks that are situated in the vast Del Monte Forest; Bird Rock, the Cypress Point Lookout and Spanish and Carmel Bays. Take in the magnificent jade fairways of The Links at Spanish Bay, Spyglass Hill, and Cypress Point.

The Red House Café is a cozy neighborhood eatery that serves seasonal American cuisine with a European twist in a charming and welcoming space. Named for the quaint red building in which the café is housed, the Red House Café…

Where can you get away, luxury tourism, resorts & family weekend hotels to visit around me with kids, outdoor activities, on a budget, takeout, most popular small town, how to spend a day locally: WI resorts, Hudson Valley, Beaches Near Milwaukee, VA Day Trips, Tuscaloosa, NY, Pawley's Island, MO, From Albuquerque, Waterfall Hikes, NJ, OR, Orchards, Southern USA, Wonders, For Couples

Passionfish is a sustainable, eco-friendly restaurant that serves Californian-inspired fare and rare wines in a small and sophisticated dining space. The restaurant’s ever-evolving menu features ocean-fresh sustainable seafood, prime cuts of meats that are slow-cooked to perfection, organic salads and vegetables, and delectable desserts, all accompanied by an extensive award-winning wine list of well-known and hard-to-find bottles. Signature dishes on the menu include starters of Smoked Trout Ceviche Tostaditas, Fried Californian Squid, entrées of Sea Scallops, Albacore Tuna, and Arctic Char, and desserts such as Straus Organic Mint and Espresso Mud Pie and Meyer Lemon Panna Cotta. Passionfish is open for dinner, seven nights a week.

il Vecchio is an inviting Roman-style Italian restaurant on Central Avenue that serves a menu of traditional Italian fare and an impressive wine list showcasing many Italian and California vintages. The rustic-chic eatery boasts comfortable décor, a crackling fireplace, and a warm and welcoming ambiance and serves a menu to match which features house-made pasta and creamy sauces, wood-fired pizza with a variety of toppings, platters of grilled meats and sausage, antipasto and fresh salads, and mouthwatering desserts. Boasting the vibrant and lively atmosphere of a bustling trattoria, divine aromas, and slick, unmatched service, il Vecchio features a massive Carmel stone fireplace built in 1950 and can seat up to 80 diners for lunch during the week and dinner every night.

10 Best Things to Do in Pacific Grove, California

You are reading "10 Best Things to Do in Pacific Grove, California " Back to Top

15 Best Things to Do in Oakhurst, California

15 Best Things to Do in Modesto, California

12 Best Things to Do in Moorpark, California

11 Best Things to Do in Julian, CA

21 Best Things to Do in Berkeley