11 Best Things to Do in Concord, California 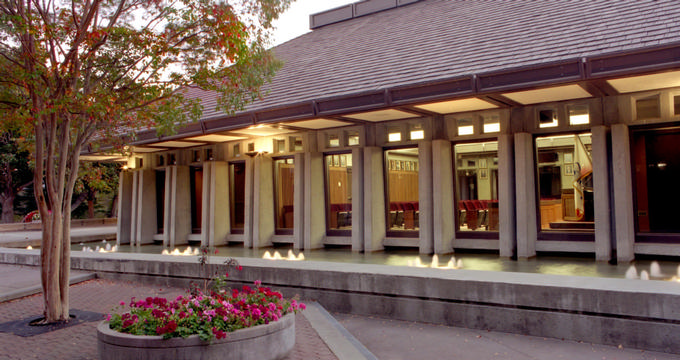 Located northeast of San Francisco, Concord is a welcoming city with a bustling downtown area, a burgeoning arts and food scene, and beautiful surrounding landscapes of mountains, valleys, and vineyards. Conveniently located near to San Francisco and the world-renowned wine country, Concord has an array of attractions and activities to enjoy, including the Briones Regional Park and the Diablo Foothills Regional Park. Certain attractions may be temporarily closed or require advance reservations. Hours/availability may have changed. 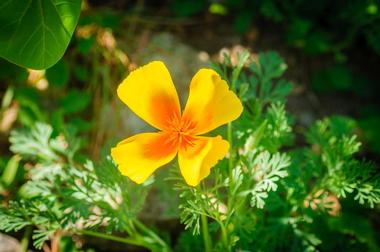 The Markham Regional Arboretum is a natural arboretum is a beautiful botanical garden on La Vista Avenue that is still a work in progress with most of the site still in a natural state. Founded in 1981 by the Markham Regional Arboretum Society, the arboretum offers a tranquil haven in which to escape the hustle and bustle of the city with unique and unusual trees, shrubs, and plants from all around the world. With much of the vegetation only slightly tamed and still in its natural state, the gardens thrive in the marine-influenced climate which boasts hot days and cool nights in the summer, with cold, frosty nights in the winter time. The shade-dappled Galindo Creek flows through the gardens, which are open from dawn till dusk, 365-days a year. 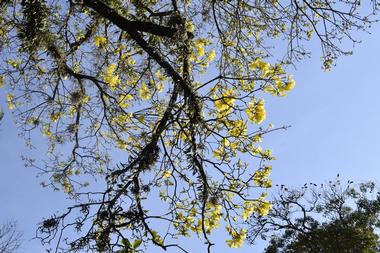 The Todos Santos Plaza is a large community green space that is used for local celebrations, concerts, carnivals and festivals, as well as space for people to relax. Dedicated in 1869, by its pioneer founders Don Fernando Pacheco, Don Salvio Pacheco, and Don Francisco Galindo, the plaza was originally the town square of the 20-block town of Todos Santos, which went on to become known as Concord. Bordered by Grant Street, Willow Pass Road, Salvio Street, and Mount Diablo Street, the plaza features a children’s playground, a variety of restaurants, cafés and shops, as well as trees, flowers and picnic tables with benches. The plaza's most popular event is the Farmer’s Market which is held every Tuesday and brings the plaza alive with music, and shoppers browsing and buying the array of fresh produces and delicious homemade fare.

You are reading "11 Best Things to Do in Concord, California" Back to Top 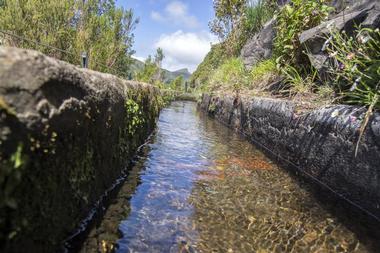 Meandering along the Contra Costa Canal through central Contra Costa County, the Contra Costa Canal Trail is a paved multi-use, whole-access trail in the Park District system that is popular with bikers, runners and equestrians. The trail was created through a cooperative effort by the Bureau of Reclamation, the Contra Costa Water District, and the Park District, and provides a safe off-road corridor that connects Concord with Pleasant Hill, Martinez, and Walnut Creek. The horseshoe-shaped path also connects to several regional trails, including the Briones-to-Mt. Diablo Trail, the California State Riding and Hiking Trail, and the Iron Horse Trail and offers access to commercial areas, schools, and public transportation.

You are reading "11 Best Things to Do in Concord, California" Back to Top 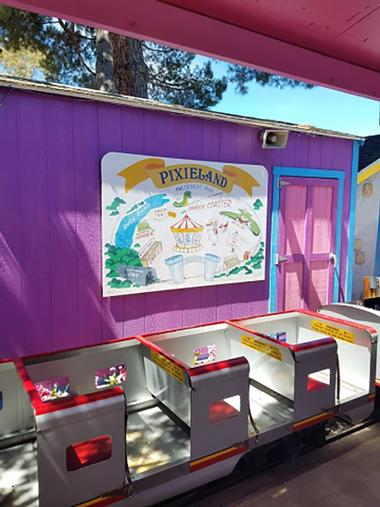 Pixieland is a whimsical amusement park that features a wide range of fun activities and rides for kids. Located on Olivera Road, the theme park has an array of carnival rides for young kids, including an antique carousel, Tea Cups, Frog Hopper, Red Baron Airplanes, Dragon Roller Coaster, and the Pixieland Express. The amusement park also offers spaces that can be rented for private parties and birthday celebrations, and a café serving all kinds of children-friendly fare such as burgers, fries, hot dogs, sandwiches, and milkshakes.

You are reading "Fun Things to Do in Concord, California this Weekend with Friends" Back to Top or More places to see near me today, what to do, weekend trips 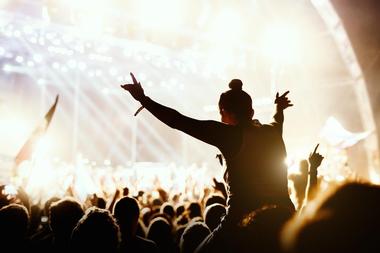 
Concord Pavilion is a community amphitheater with a capacity for up to 12,500 people which is owned and operated by the City of Concord and Live Nation. Formerly known as Sleep Train Pavilion and Chronicle Pavilion, the Concord Pavilion was designed by world-renowned architect Frank Gehry and landscape architect Peter Walker. Opened in 1975, it has hosted a wide variety of amateur and professional musical acts over the past decades and still continues to do so today for concerts, high school graduations, and local community events such as the Battle of the Bands, and the annual Jazz Festival.

You are reading "What to Do in Concord, California this Weekend" Back to Top or Restaurants near me, stuff to do near me 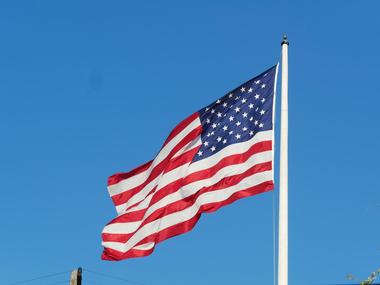 You are reading "Top Romantic Tourist Attractions in Concord, California" Back to Top or More must do for couples, what to do near me, places to visit this weekend

Where can I go for top-rated things to see near me, fun things to do today, hotels near me, with toddler, social distancing, places near me, list of, stuff to do near me, rentals, beach and last minute resort ideas for couples, places to hike near me: Getaways from DC, OK resorts, From Seattle, SD resorts, Bahamas, Casinos near NYC, Lava Tubes Flagstaff, Pueblo, November 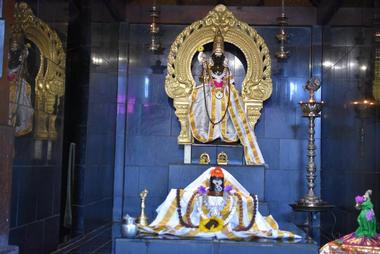 Established in 1957 in San Francisco, California, Shiva Murugan Temple was first traditional Hindu temple erected in the USA. Originally called the Palanisami Temple, the temple was founded by American-born Hindu monk, Sivaya Subramuniya Swami to better serve the Hindu community, which, due to rapid growth, was moved to its current location in Concord. In addition to the idol of Shiva, which is the temple’s main deity, other deities were added such as Durga, Lord Ganesha, and Navagraha deities. The temple features traditional and beautiful Rajagopuram, a separate sanctum for Shiva, and a large area for worshipping and several programs are offered, including Pradakshina and Pragaram.

You are reading "What is There to Do with Kids in Concord, California" Back to Top or More tourism, attractions for couples, food, things to see near me today 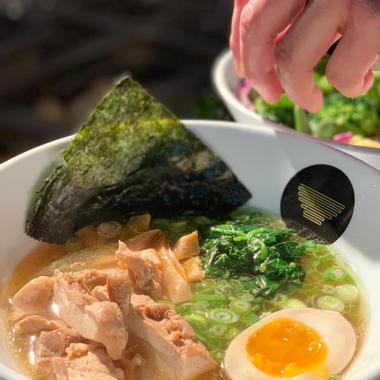 Silverlake Ramen is a popular Los Angeles-based ramen chain offering several locations throughout the Southern California region, including a hip location in Concord. The restaurant, which is helmed by chefs and owners Thomas Aono and Jitaek Lim, is known for its high-quality ramen offerings, which are as affordable as they are delicious. Diners can choose from classic tonkotsu-style ramen offerings, Tokyo-style tsukemen ramen, or shoyu-infused ramen with bamboo shoots, bok choy, and seaweed. Asian-style chicken and pork belly rice bowls are also served up throughout the day, along with excellent appetizer offerings such as edamame, gyoza, and deep-fried chicken karaage.

Where can you get away, beaches near me, luxury tourism, resorts & family weekend hotels to visit around me with kids, outdoor activities, things to do near me, weekend getaways, dinner near me, entertainment, places to go, hiking trails near me: WI resorts, Hudson Valley, Beaches Near Milwaukee, VA Day Trips, Tuscaloosa, NY, Pawley's Island, MO, From Albuquerque, Waterfall Hikes, NJ, OR, Orchards, Southern USA, Wonders, For Couples 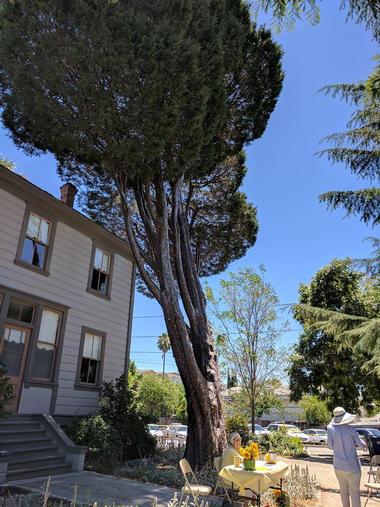 The Don Francisco Galindo House, known locally as the Galindo House and Gardens, is a beautifully preserved 19th-century house that dates back to 1856. Built by Francisco Galindo and his wife, Maria Dolores Manuela, the house is one of the few remaining Victorian ranch houses in Contra Costa County. Today, the house is surrounded by 1.5 acres of manicured gardens and grounds and stands as a house museum open to the public to explore highlighting the life and times of the Galindo family and how they lived back in the late 1800s. The Concord Historical Society manages the museum and offers guided docent-led tours on Sunday afternoons by appointment only.

"Best Things to Do in Concord, California for Locals & Tourists - Restaurants, Hotels" Back to Top or Beautiful places near me, what to do, restaurants for breakfast, travel guide, nearest beach 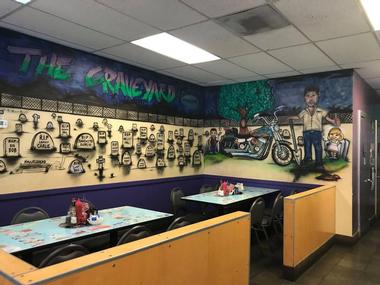 Diggers Diner is a family-friendly diner on Farm Bureau Road that serves a menu of all-American cuisine in a relaxed, laid-back setting. Open for breakfast, lunch, and dinner, the café-style diner is renowned for its burgers, which are made with prime beef, an array of toppings and fresh buns. Other favorites on the menu include hot dogs, sandwiches, salads, wraps, and hearty breakfasts of eggs, bacon, hash browns, and grits, along with milkshakes and sweet treats. Diggers Diner in Concord is open for breakfast, lunch, and dinner, Monday through Saturday, and offers online ordering services. 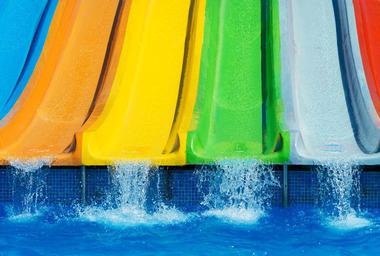 Six Flags Hurricane Harbor Concord is a large water park that features a variety of water-based rides, slides, and swimming pools. Owned by EPR Properties and operated by Six Flags, the theme park is open May through October and boasts a wide variety of rides from family and kids rides to thrilling adrenalin rushing rides. Favorite rides include the Hurricane Slide Complex, The Big Kahuna, Dragon Falls, Diablo Falls, and Cliffhanger, and the park also has several food concession stands, and souvenir shops. Six Flags Hurricane Harbor Concord is open all day on the weekends in season.

"New cool stuff to do in Concord, California" Back to Top or Romantic Getaways, Wedding Ideas close to me this weekend, honeymoon, anniversary Ideas, fun places near me

11 Best Things to Do in Concord, California

You are reading "11 Best Things to Do in Concord, California " Back to Top

22 Best Things to Do in Ojai, California

14 Best Things to Do in Lake Elsinore, California

20 Best Things to Do in Carmel, California