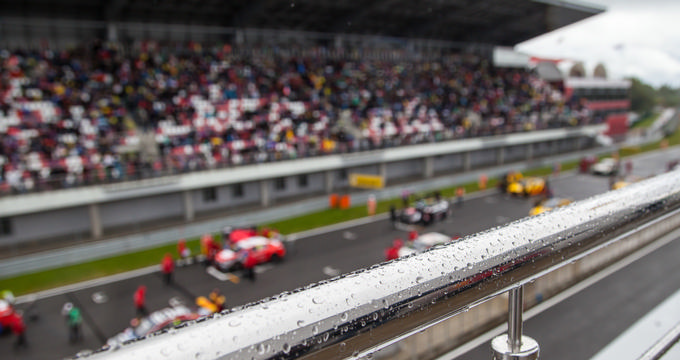 The city of Talladega was incorporated in 1835 and is home to some of Alabama’s most historic buildings, including the 1848 First National Bank of Talladega, the state’s oldest bank. Since the mid-20th century, it has been nationally known as the home of the Talladega Superspeedway, the longest NASCAR oval track in the country, which hosts major competitions throughout the year. 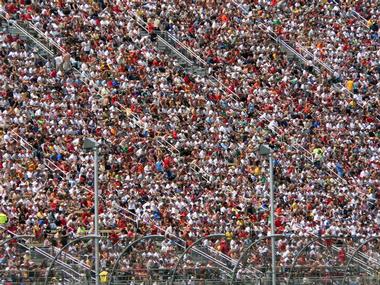 Talladega Superspeedway is one of the United States’ most famous race car tracks, located on the grounds of the former Anniston Air Force Base. The track was the vision of famed NASCAR driver Bill France, Sr., and was intended to surpass Daytona International Speedway in length and speed, featuring a 2.66-mile oval track. It opened to the public in September of 1969 as the Alabama International Motor Speedway and today hosts major high-speed racing events such as the NASCAR Xfinity Series, the Monster Energy NASCAR Cup Series, and the Camping World Truck Series. Three complimentary campgrounds are offered at the track for spectators, and free daily bus tours of the track are available through the adjacent International Motorsports Hall of Fame, which features a variety of exhibits honoring the sport’s most legendary drivers. 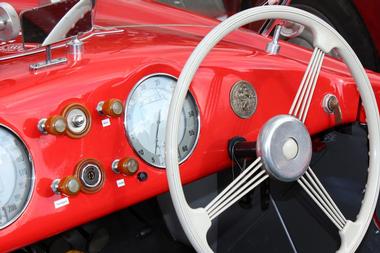 International Motorsports Hall of Fame was founded by Bill France, Sr., in 1990 to recognize NASCAR and Formula One’s most legendary figures, including top drivers, owners, and engineers who have pushed the sport forward. It is located adjacent to the Talladega Superspeedway racetrack and is open to the public seven days a week, with the exception of major national holidays. Self-guided tours explore the museum’s three exhibit halls, which feature displays, artifacts, and memorabilia honoring racing and automobile industry luminaries. Other facilities include the McCaig-Wellborn Motorsports Research Library, considered to be the most comprehensive motorsports library in the world, showcasing more than 14,000 volumes related to the sport. Extended hours are offered on race weekends, and bus track tours operate daily on the half-hour. 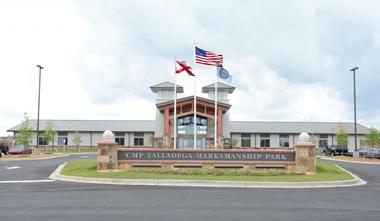 CMP Talladega Marksmanship Park is one of the world’s leading public marksmanship facilities, overseen by the Civilian Marksmanship Program and opened to the public in 2015. The 500-acre park is located less than two miles from the famed Talladega Superspeedway and offers a variety of attractions for firearms enthusiasts, including a 600-yard rifle range, a 100-yard multipurpose shooting range, and a 50-yard pistol range. 15 action pistol bays are also available, along with a 15-station sporting clay field and a trap field. In addition to standard visitor admission, the park hosts a variety of clinics, safety courses, and competitive events throughout the year, including Talladega D-Day and 600 matches held as part of CMP’s annual Travel Games competitions. 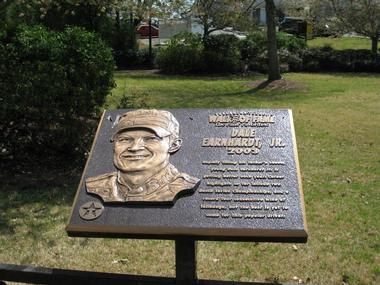 Talladega Walk of Fame / Davey Allison Memorial Park spans a full city block within Talladega’s downtown, dedicated in 1994 to the memory of famed NASCAR driver Davey Allison, who was killed in a helicopter crash at Talladega Superspeedway the previous year. The memorial park is open to the public 365 days a year, with plaques honoring the track’s most notable winners. During the autumn months, it allows NASCAR fans to vote annually for their favorite drivers of the past and present, with a hall of fame ceremony presented each year for the winner during the weekend of the raceway’s AMP Energy 500 event. 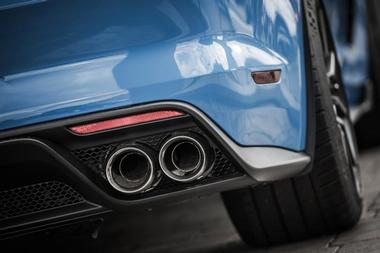 
Richard Petty Driving Experience offers NASCAR fans the chance to get behind the wheel with a variety of driving experience packages. The program is offered at 18 top national speedways during major race weeks, including experiences available monthly at Talladega Superspeedway. Participants have the chance to get inside a real NASCAR race car that has been used by a famous driver, with some packages allowing participants to take the wheel for timed racing sessions. Instruction is offered by professional racing instructors, and authentic race day activities are reenacted, including drivers’ meetings with crew chiefs and in-car radio communications. The track is one of three tracks in the nation to offer the program’s Advanced Racing Experience, which allows participants to embark on a full 40-lap course experience.


Captain D’s is an American seafood restaurant chain that offers 526 locations throughout the country, including a location on Talladega’s Battle Street. The restaurant is one of the United States’ leading seafood chains, offering a recently-updated menu full of classic American seafood favorites such as famous batter-dipped fish fillet platters, North Atlantic lobster rolls, and creamy lobster bisque. Catfish, tilapia, and salmon entrees are also available, as well as shrimp and crab dishes flanked with sides such as hush puppies and fried okra. Family platters and kids’ meals are offered, along with a full dessert menu featuring fun options such as funnel cake sticks.

Bryant Vineyard is the oldest continuously-operating winery in the state of Alabama, producing a number of award-winning wines using native Southern muscadine grapes, known for their full-bodied flavor and high concentrations of resveratrol. The winery’s vineyards were originally planted in the mid-19th century and today yield wines such as the company’s gold medal-winning Dixie Gold, silver medal-winning Dixie Blush, and unique peach and blueberry wine blends. Complimentary wine tastings are offered on Thursdays, Fridays, and Saturdays, with other tasting times available by appointment. Visitors may also pick their own fresh fruit and vegetables at the vineyard, including a large selection of peppers such as the bhut jolokia ghost pepper, the world’s hottest pepper variety. 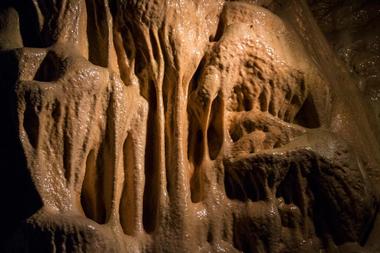 DeSoto Caverns are located approximately a 20-minute drive from Talladega within the foothills of the Appalachian Mountains, near the city of Childersburg. The cave was long used by the region’s indigenous Copena population prior to the arrival of Spanish explorers and served as a notable saltpeter mining site during the American Civil War before being converted into a covert dancehall and speakeasy during Prohibition known as the Bloody Bucket. Today, it offers daily public tours as a show cave, showcasing one of the world’s largest-known collections of onyx-marble speleotherms. A number of family-friendly attractions are offered on site, including a gemstone mining attraction, Lost Trail Maze, and children’s amusement rides.

Pop the Top Soda Shop is Talladega’s top-rated restaurant by Facebook reviews and offers classic American fare and ice cream concoctions in a family-friendly environment evoking the small-town feel of the mid-2oth century. The restaurant was opened in 2014 by Alpine native Ryan Hall and serves a menu full of unique diner fare, including loaded hot dogs, shareable appetizers, and combination plates. Ice cream is available by the cone or the dish in a variety of traditional and creative flavors. Gourmet milkshakes, malts, and sundaes are also available, along with classic fountain sodas and fresh-baked cookies. For adventurous diners, the restaurant’s 10-Car Pile-Up Challenge dares participants to finish 10 scoops of ice cream in 10 minutes for free.

Jack’s is a casual hamburger joint and grill chain that originally opened its doors in Homewood, Alabama in 1960. Today, the franchise operates more than 145 locations throughout the American Southeast, including a location on Talladega’s Bankhead Boulevard. Quick-casual service highlights a variety of sandwiches and chicken platters, including signature Big Jack double-patty burgers, cheeseburgers, and chicken dinners with homestyle biscuits and sides such as mashed potatoes and gravy. Breakfast sandwiches and platters are available in the mornings, and a children’s menu offers full meal options. Desserts include hand-dipped ice cream and creamy milkshakes in flavors such as orange sherbet and Smoky Mountain Fudge.

25 Best Things to Do in Birmingham (Alabama)

25 Best Things to Do in Montgomery, Alabama

17 Best Things to Do in Decatur, Alabama