14 Best Things to Do in Selma, Alabama 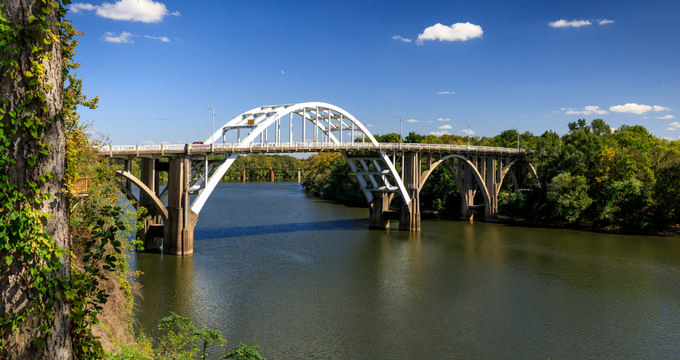 Taking great pride in its history and heritage, Selma, AL is a charming and hospitable city that played an important role during the Civil War, the Civil Rights Movement, and the Voting Rights Movement of America. The tradition and culture you’ll come across in this riverside location is evident in the streets you’ll walk, the people you’ll meet, and the food you will eat while there.

Listed on the U.S. National Register of Historic Places, as well as a U.S. National Historic Landmark, the Edmund Pettus Bridge is an iconic structure in Selma, Alabama. The bridge was built in 1940, but it wasn’t until 1965 that it became a symbol of change as voting rights marchers were met with violence by local law enforcement - resulting in what is now called ‘Bloody Sunday’’. Less than a month later over 3,000 people, versus the initial 600, crossed the bridge and marched all the way to the capitol to demand voting rights; by the time they reached there, over 25,000 people had joined their cause. This march, which initially had a terrible outcome on the Edmund Pettus Bridge, resulted in President Lyndon Johnson signing the Voting Rights Act of 1965.

-- You are reading "14 Best Things to Do in Selma, Alabama" Back to Top

Selma to Montgomery is a national historic trail in Alabama which traces the march of non-violent supporters of equal voting rights led by Dr. Martin Luther King Jr. The 54-mile trail starts in Selma and takes you through a journey which changed America’s history forever. The interpretive centers along the way will tell you the stories behind the people and events which made the march a success. To make your journey easier, the trail is marked by distinctive signs and some of the sites that you’ll see along the way include the Alabama State Capitol and the Brown Chapel AME Church.

-- You are reading "14 Best Things to Do in Selma, Alabama" Back to Top

The Jackson Home Historic Site is a foundation and museum dedicated to sharing the events that took place during the American Voting Rights Movement, as well as to promote freedom and democracy, in the former home of Richie Jean Sherrod Jackson. The Jackson Home had, over the years, been the official residence to many human rights leaders including Ambassador Andrew J. Young, Dr. Ralph Bunch, and Dr. Martin Luther King Jr., whose wife was a childhood friend of Richie Jacksons. Visitors are invited to take a tour of the home and see original artifacts and get a better understanding of how the Jackson family and so many others risked their lives to support the Voting Rights Movement. 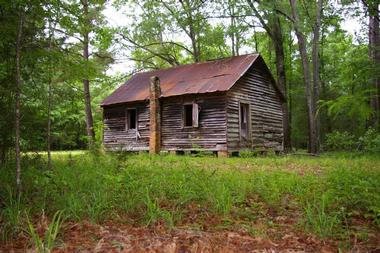 
Once a thriving antebellum river town, Cahawba served as Alabama’s state capital from 1819 to 1826. The Old Cahawba Archaeological Park is an attempt to uncover much of what nature has covered so that visitors can get a glimpse of the area’s historic past. The interpretive park has been worked on by archaeologists and historians over the years to create a true-to-life exhibit of what it was once like to live there. Start your visit at the Visitor Center to get an idea of what is there to see and the best routes to hike through while uncovering the park’s past. In addition to the many structures and moss-covered ruins, you’ll also be able to roam abandoned streets and take in the stunning flora of Cahawba.

-- You are reading "What to Do in Selma, Alabama this Weekend" Back to Top


Housed in a building constructed circa 1890, the Old Depot Museum was once the old L&N Railroad Depot. The stone-trimmed, red-brick building was built in Romanesque Revival architectural style on the remnants of the Confederate Naval Foundry. The building has high architectural and historical importance and is one of the structures that comprise the ‘Water Avenue Historic District’ which is listed on the National Register of Historic Places. You’ll be able to see many memorabilia and artifacts in the museum, many of which depict life in Selma before and after the Civil War and through the Civil Rights Movement. Visitors will be able to see additional exhibits such as a Victorian Firehouse and antique railcars surrounding the museum.

-- You are reading "Top Romantic Tourist Attractions in Selma, Alabama" Back to Top 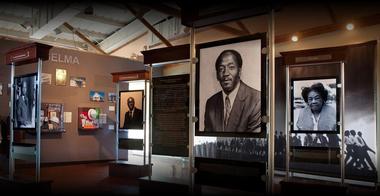 The city of Selma played an integral role in advocating for voting rights and human dignity, and the National Voting Rights Museum and Institute is a place to understand, in detail, all of the events and people behind the course-altering acts. You can find the museum right in the heart of the Historic District of Selma, beside the famed Edmund Pettus Bridge. There are so many exhibits dedicated to various aspects beyond the Selma-Montgomery March such as women’s suffrage, churches, Reverend Jesse Jackson, Dr. Martin Luther King Jr., and the movement in other cities across the nation. The museum is a must-visit when in Selma and is sure to captivate the hearts of visitors of all ages.

-- You are reading "What is There to Do with Kids in Selma, Alabama" Back to Top

Listed on the National Register of Historic Places, Sturdivant Hall Museum is the epitome of the South’s Golden Age. The Greek revival neo-classic antebellum mansion is one of the finest architectural pieces of its kind in the entire South. As you enter the magnificent structure, you’ll see six looming Corinthian columns, and upon further exploration you’ll come across the elegant imported Italian marble and various other aspects and fixtures that will take your breath away. A visit to the museum is an architecture aficionado's dream come true as you get a glimpse of how the Watts family lived with the mansion’s elaborate moldings, heart pine floors, high ceilings, and detailed marble fireplaces. A lot of the decor are originals from the house, as well as those that have been added by historians as time-appropriate pieces. 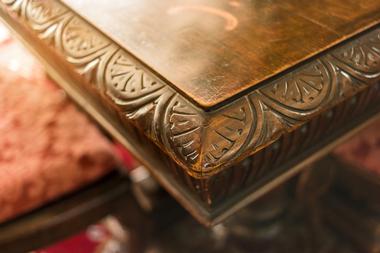 Formerly the Dallas County Courthouse, the Joseph T. Smitherman building is a historical gem that is now listed on the U.S. National Register of Historic Places. The Greek Revival style building was completed in 1847 and has served various roles during its existence - it is now the home of the Vaughan-Smitherman Museum which is dedicated to exhibiting the history of the city of Selma. In addition to its fine architectural and decorative aspects, visitors can tour the museum which contains several displays on slavery, the Civil War, local and national politics, Native American artifacts, antique furniture, as well as a glimpse into how the building was when it was used as the Vaughan Memorial Hospital.

-- "Best Things to Do in Selma, Alabama for Locals & Tourists - Restaurants, Hotels" Back to Top 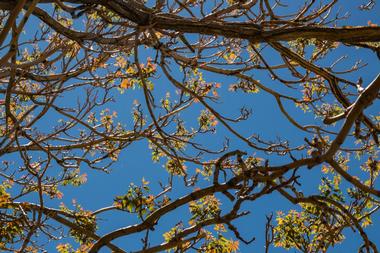 The 1,080-acre Paul M. Grist State Park is an outdoor haven for many residents and visitors of Selma, Alabama. The main attraction of the park is the 100-acre lake which sits at its heart and provides visitors the opportunity to enjoy water activities such as paddling, fishing, and swimming. You can spend the day at one of the park’s many designated picnicking areas, complete with pavilions and barbecue grills, or go for a hike on the twenty miles of trails which lead out to the surrounding forest. You’re sure to see a wide variety of flora and fauna at the park, which is a featured site on the Alabama Black Belt Birding Trail - wildlife you may come across include Eastern wild turkeys, White-tailed deer, waterfowl, and much more. Other aspects include staying overnight in one of their modern campsites which can accommodate tents as well as RVs.

-- "New cool stuff to do in Selma, Alabama" Back to Top or Romantic Getaways

A fine dining experience like no other, Tally Ho takes many of the traditional dishes that the South is renowned for and gives them a little twist, often combining international flavors and techniques. For example, the chef takes the southern staple of grits and serves them with sautéed shrimp which is tossed in a delicious white wine cream sauce. Other popular choices from their varied menu include their fried green tomatoes with sautéed crab, the seafood gumbo, and their fried gulf oysters. The restaurant is housed in a 60-year-old building with a rich past that made an impact on Selma’s history and welcomes visitors from all over the world to come try their delicious culinary concoctions.

11.Things to Do in Selma, Alabama: Lannie's Bar-B-Q 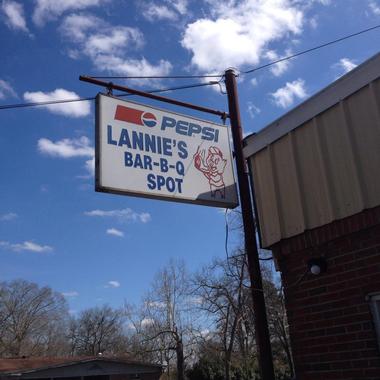 Lannie’s Bar-B-Q is more than just a restaurant; in a time when racism and segregation divided the land, people of all colors and beliefs would come together at Lannie’s to have their delicious barbecue. The tradition now continues on to the third generation, having moved over time to a bigger place and on to better equipment. What remains the same though is the dedication to produce quality barbecue using a recipe that has been passed down for years in secrecy - and of course, the sauce. The food is guaranteed to be delicious and will keep you coming back for more throughout your stay in Selma. 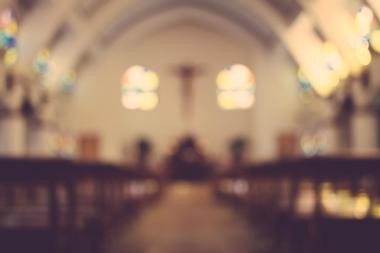 A starting point for the historic Selma to Montgomery marches in 1965, and a meeting place for the Southern Christian Leadership Conference during the Selma Movement, the Brown Chapel AME Church still stands today for you to explore, take in, and better understand the role played by this amazing structure and the people within it. The church has since been added to the Alabama Register of Landmarks and Heritage and was also declared a National Historic Landmark. With its imposing twin tours, the church was built in 1908 in Romanesque Revival. Though little is known of Mr. Farley, the church is extremely well-known for its contributions which shaped the United States.

13.Things to Do in Selma, Alabama: Old Live Oak Cemetery 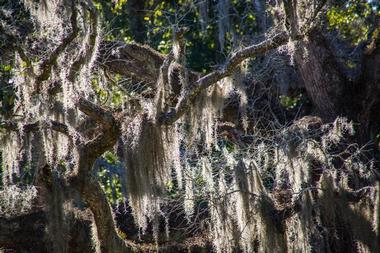 The Old Live Oak Cemetery was founded in 1829 and houses several famous burials as well as features connected to the Confederate States of America. The Confederate Circle, which includes the Confederate Soldier Monument and cannons, can be seen protecting hundreds of deceased confederate soldiers. Other monuments include the Pigeon House, the Elodie Todd Dawson monument, the Jefferson Davis Memorial Chair, and the Forrest Memorial, which is dedicated to Lt Gen. Nathan Bedford Forrest.

-- You are reading "14 Best Things to Do in Selma, Alabama" Back to Top or Amazing things to do around me 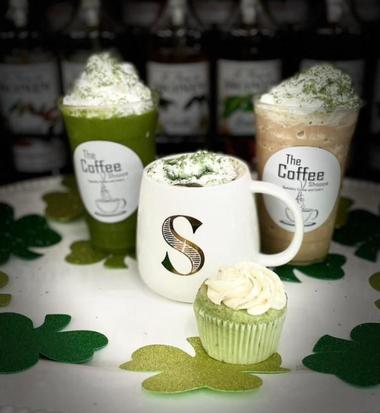 Start your day off with a great cup of coffee and a delicious bite to eat at The Coffee Shoppe. A local favorite, The Coffee Shoppe offers a great menu that is designed to help you energize and power up for your day. Choose offerings from their espresso creations, tuck into their bakery items, or sink your teeth into one of their panini sandwiches. Additionally, The Coffee Shoppe also offers salads and soups, blended drinks, and specialty coffee-based beverages. Popular on the specialty drinks menu are the Iced Glacier, Frozen Hot Chocolate, and Smoothie Sensations. Meanwhile, try classic crowd-pleasers like the Chicken Salad Croissant, and the Grilled Vegetable Medley, or make your sandwich from scratch with the Build Your Sandwich option.


Places to visit near me: Day trips from Las Vegas, Things to do in Kentucky, Things to Do in Panama City Beach, Florida, Lewiston

14 Best Things to Do in Selma, Alabama

You are reading "14 Best Things to Do in Selma, Alabama " Back to Top

15 Best Things to Do in Decatur, Alabama

15 Best Things to Do in Gulf Shores, Alabama

19 Best Things to Do in Tuscaloosa, Alabama

15 Best Things to Do in Auburn, Alabama

18 Best Things to Do in Cullman, Alabama