Things to Do in Milwaukee, Wisconsin: Milwaukee Public Museum 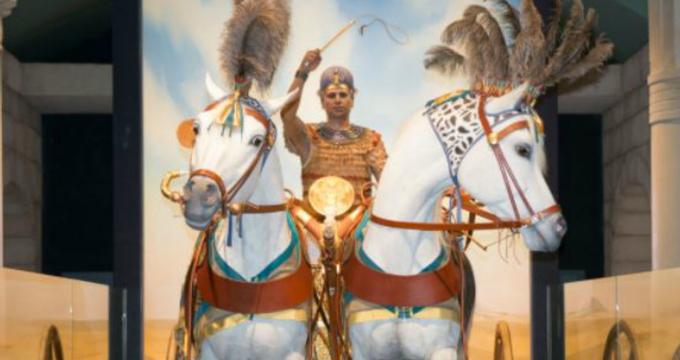 The Milwaukee Public Museum is the largest natural history museum in the state of Wisconsin and provides a unique educational experience for visitors through its collection of over 4 million specimens from all over the world displayed over 150,00 square feet of exhibit space that cover three and a half floors.

About the Milwaukee Public Museum

Milwaukee Public Museum, MPM, was founded in 1882 and is managed by the Milwaukee Public Museum Inc., a nonprofit private entity that holds the trust for the museum and its collection. The museum is also supported by the Milwaukee County and public. In 2011, The MPM installed a green roof complete with 234 solar panels and 1,000 biotrays of sedum. This system saves 90,000 gallons of rain water from entering the sew system each year, produces oxygen and reduces heat production.

The museum is open 7 days a week and closed on select holidays. Several free days are offered throughout the year and are detailed on the MPM website.

Currently, the museum possesses a collection of more than 4 million specimens spanning the 150,000 square feet and 3.5 floors of exhibit space. Also included in this space are temporary and touring exhibits that are open to the public. The exhibits are designed in a way to take visitors on a tour of the world from Africa, Asia, Europe, and the America’s to Pacific Islands and even a Rainforest of Costa Rica and some of the local history of Milwaukee.

Ground Floor Exhibits- Two exhibits are featured on the ground floor of MPM, The Hebior Mammoth, and, Meadows in the Sky: The Green Roof. Both exhibits are free to the public and do not require admission to view. The Hebior Mammoth was excavated less than 30 miles from the museum in Kenosha County and is named after John Hebior, the farmer who discovered the Mammoth bones on his property. This mammoth died 14,500 years ago and proves man existed in the area around the same time.

First Floor Exhibits- The first floor is where some of the most popular exhibits at MPM are housed.

· Exploring Life on Earth- Understand the history of the earth and how scientists study and research natural science through animatronics and dioramas that are larger than life.

· Puelicher Butterfly Vivarium- A two story, enclosed, tropical garden that visitors can stroll through all year to get up close and personal with butterflies and watch as caterpillars complete their life cycles in the butterfly Laboratory.

· Rain Forest- This simulated rainforest canopy is spread over 12,000 square feet of space and designed to educated visitors on tropical biodiversity.

· Samson- A replication of the beloved gorilla, Samson, from the Milwaukee Zoo. This is a taxidermy that won multiple awards on the world stage.

· Sense of Wonder- A curiosity shop filled with wonders from many scientific fields such as anthropology, botany, history, zoology and others.

· The Streets of Old Milwaukee- Go back in time to the turn of the 20th century in Old Milwaukee where you can experience the city from your great-grandparents point of view.

· The Third Planet- Home of the MPM’s dinosaurs, The Third Planet is one of the most popular exhibits at MPM and showcases life-sized models in would be natural habitats.

· A tribute to survival- This exhibit features multiple displays detailing the history of the Native Americans in the country and life-sized dioramas of the seven tribes of Wisconsin. Other non-Native history is also presented in this exhibit.

· North America- the various landscapes of America and biological habitats for both humans and animals are explored in this space. Replications of living spaces are on display as well as furniture and tools that were used in premodern eras.

· Wisconsin Woodlands- Over 75 mounted specimens that are native to the woodlands and forests of Wisconsin can be found in this exhibit that focuses on Wisconsin Archaeology and history.

Third Floor Exhibits- Visitors travel the world on the third floor of the museum.

· Crossroad of Civilization- This exhibit explores how cultures across Europe and Asia came together to form an epicenter of culture over 4,000 years of history.

· Arctic- The 5 natural habitats of the Artic region can be explored through dioramas, including some of the largest creatures to live in the area such as polar bears and sea lions.

· Asia- Decorative arts is the center of this exhibit that highlights some of the best collection of China Decorative Arts and Late Qing Dynasty porcelain. There is also a Japanese Courtyard and a model Japanese home and garden that can be explored.

· Living Oceans- Visitors descend a set of stairs to go under the ocean in this exhibit that takes them into an underwater world through different habitats. Explore a Caribbean Pier and other biologically diverse habitats.

· Pacific Islands- The islands hall displays roughly 260 artifacts from Pacific Islands and Australia with detailed history on headhunting, river art, and other cultural practices of the region.

· Pre-Columbian America- Found on the mezzanine of the third floor, this exhibit educated on the cultures of Mesoamerica from 2500 BC to AD 1500 with focus on the Maya and Aztec populations.

· South and Middle America- Visitors can explore the jungles of South America, stroll through mercados in Guatemala, or peek at the Mayan villagers as they go about their daily lives in the southern highlands.

· Student Exhibit- This space is designed for students who participate in the University of Wisconsin-Milwaukee/MPM Museum Studies Program. This is a graduate certificate program that is in collaboration with the college and museum that tasks students with developing an exhibition space for the museum to be presented in the final semester. This exhibit will change every 2 years with the graduating class.

The Milwaukee Public Museum has more to offer than just educational exhibitions. The MPM offers exceptional community programming and hosts many special events for people of all ages.

The National Geographic Dome Theater and Daniel M. Soref Planetarium- This unique feature to the museum offers visitors a chance to learn about science and history in three different ways—Planetarium shows, 3D movies, and giant screen projections. Planetarium shows are included with museum admission while 2D and 3D shows require separate ticketing. The 6-story hemispheric dome provides a gateway into the world of dinosaurs, remote jungles of Africa, underwater adventures and much more. The Planetarium is also the first in the world to use a Digistar 6 computer projection system with 3D animations.

Lectures- Lectures at the MPM are scheduled monthly and quarterly and occur during the Lunch and Lecture events or at Science on Tap. Both series feature the brightest and most dynamic minds in the science and education fields. The Lunch series provides a meal while Science of Tap is an evening of mingling and adult beverages. Science on tap is open to guests 14 and up.

Overnights- Each year MPM offers overnight experiences for groups. Children age 6-12 may participate in these events that begin at 6pm and are concluded at 8am the following morning. Each event has a theme and includes museum admission, a Dome Theater Show, flashlight exploration with educators and breakfast. Reservations are required.

BioBlitz- MPM hosts the annual BioBlitz where scientist gather for a 24-hour event to see how many different plant and animal species they can find in one area. The following day, the area is open to the public to come out and meet the scientists, see what was found, and engage in science based, hands on activities. The location of the BioBlitz may change annually, details will be posted on the MPM website.

Workshops- Several workshop opportunies are hosted throughout the year at MPM. While some are open to the public, other workshops are for members only or have specific age requirements. Most workshops occur on Saturdays and require advanced registration and fees. Past workshops include dissections of owl pellets, Up close and Personal—a look at specific exhibits, eclipse viewing programs in the planetarium and more.

Fellowships- The MPM offers 2-3 awards for the John J. Brander and Christine E. Rundblad Research Fellowship which allows scientists to complete fundamental research on biodiversity and environmental issues that can strengthen or enhance the MPM collections. These fellowships include a monetary award, offices at MPM, access to the existing collection and research library and MPM equipment for use in research.

Back to: Things to Do in Milwaukee, WI

Things to Do in Milwaukee, WI: Milwaukee County Zoo

Things to Do in Madison, WI: Olbrich Botanical Gardens