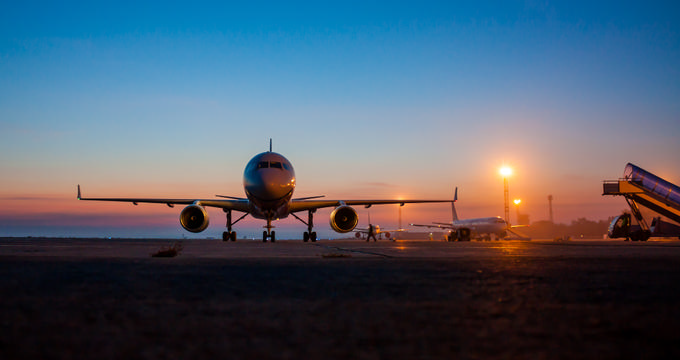 Louisville is the biggest city in the Commonwealth of Kentucky. It's also the 29th biggest city in the United States and has a storied history dating all the way back to 1778 when it was founded by American Revolution War officer George Rogers Clark. Named after King Louis XVI of France, the city boasts an impressive skyline and some fascinating sites and landmarks like the Cathedral of the Assumption, the Louisville Slugger Museum, the Louisville Zoo, and the world-famous Churchill Downs horse racing track. It's a great city to visit, and if you're flying into Louisville, Kentucky, you'll be landing at airport code SDF. Airport code SDF is used to designate Louisville International Airport. 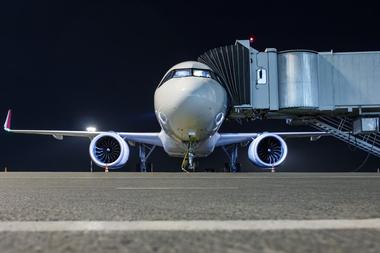 Where is Airport Code SDF?

Airport code SDF, Louisville International Airport, is located in Louisville, Kentucky. It stretches out across approximately 1,500 acres of land and was originally known under the name Standiford Field, hence the airport code SDF.

The address for airport code SDF (O'Hare International Airport) is Bowman Field 2815 Taylorsville Rd. Louisville, KY 40205. To get in touch with the airport via telephone, you can call up the following number: 502 367 4636. 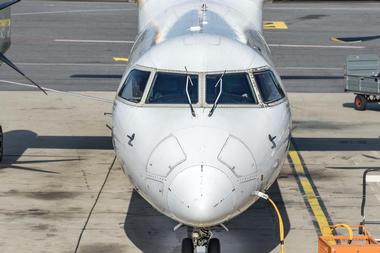 The history of Louisville International Airport (airport code SDF) dates back to the early 1940s. As previously mentioned, the airport was known as Standiford Field back then and was constructed in 1941 by the Army Corps of Engineers as a military facility.

It was named in honor of Dr. Elisha David Standiford, a United States Representative from Kentucky who was born in the Louisville area. The airfield was under military control for several years until being handed over to the city of Louisville in 1947. From that point on, it began to be used as a regular commercial airport.

The city of Louisville had been served by Bowman Field up to that point, but commercial flights and passengers began to switch over to Standiford Field, which was eventually renamed Louisville international Airport in 1995 and had better facilities and more room for expansion than Bowman Field. Over time, as the city of Louisville grew and more air traffic was coming in and out of the area, airport SDF saw a lot of developments and improvements. 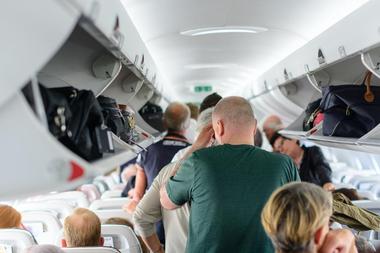 Louisville International Airport (airport code SDF) is the primary airport for the city of Louisville. It is the second biggest and busiest airport in the state of Kentucky after Cincinnati/Northern Kentucky International Airport (airport code CVG). This airport covers an area of around 1,500 acres and features three runways and one passenger terminal. A lot of major American airlines operate at SDF airport including United Express, Southwest Airlines, Delta Air Lines, and American Airlines.

Around three and a half million passengers use this airport annually. SDF airport is also very busy in terms of cargo traffic and actually ranks as the third busiest in the United States for cargo and the seventh busiest on the planet. The top destinations from Louisville International Airport are Atlanta, GA; Chicago, IL; Charlotte, NC; Dallas, TX; and Baltimore, MD. Despite being labeled as an international airport, there are currently no international routes from SDF airport.

If you need to park a car at SDF airport, you'll find a few different options. Parking at Louisville Airport is relatively simple, with both short term and long term stays available, as well as premium services like valets. The cheapest parking option at SDF airport is the long term parking lot situated quite far from the terminal building; this lot charges a daily rate of $9 and features a free shuttle service to take you over to the airport.

5.Getting To and From SDF 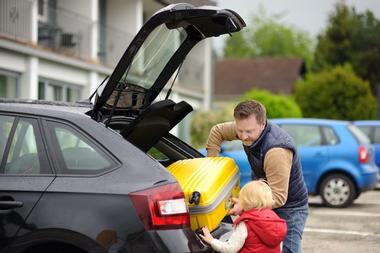 
If you're looking to get to or from Louisville International Airport (SDF), you'll have a few different options to choose between. The best option for public transport at SDF airport is the bus. There are multiple bus routes and services running at this airport to take you into Louisville and other local destinations. You might also choose to simply hop in a taxi or arrange a ride share through an app like Uber or Lyft. 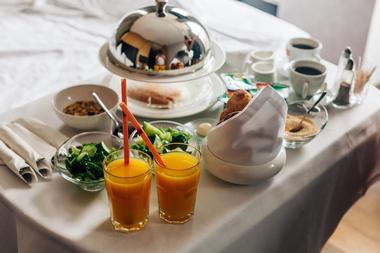 
SDF airport has a lot of great facilities but does not yet feature its own on-site hotel. There are, however, plenty of good quality hotels within 5-10 minutes of the terminal building and a lot of big hotel brands like Marriott, Crowne Plaza, and Sheraton can be found close by to Louisville Airport. Read on for addresses and contact info for the best hotels near SDF airport.