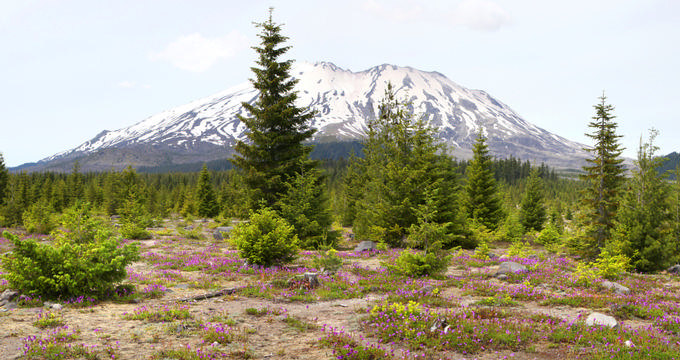 Around 50 miles northeast of Portland, OR, and less than 100 miles south of Seattle, Washington, sits Mount St Helens, one of Washington State's most impressive natural landmarks. Mount St Helens is located in Skamania County in the southern part of the state and is part of the Cascade Range. It's one of Washington's most prominent and isolated peaks and is also an active stratovolcano that famously had a major eruption back in 1980. Mount St Helens is also known as Louwala-Clough, Lawetlat'la, and Loowit to various Native American tribes and peoples, for whom it has taken on sacred status. CDC information for travelers. Hours/availability may have changed. 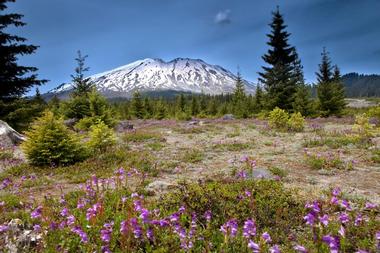 The volcano was formed tens of thousands of years ago and is regarded as the most active volcano in the Cascade Range. It was actually the fifth highest peak in Washington before its big 1980 eruption, but is now the 52nd highest. The eruption occurred on May 18 and is still the deadliest and most destructive recorded volcanic eruption to occur in the United States. It resulted in the deaths of 57 people, as well as the destruction of many homes and buildings, along with 15 miles of railways and 185 miles of highway.

In the wake of the eruption, the Mount St Helens National Volcanic Monument was created in 1982 in order to preserve the area and provide a space for scientific study. Since 1980, Mount St Helens has shown some signs of activity, including plumes of steam and ash emerging from its peak and a magnitude 3.5 earthquake in 2006, but there has been little major activity and the area has actually become a popular climbing and hiking spot, with several routes leading to the summit. 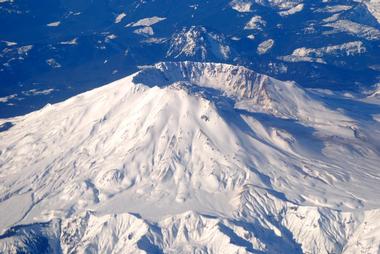 Whenever we talk about volcanoes, hills, mountains, or other extremely high locations, elevation is one of the most important geographical statistics to take into account. Elevation, which is most commonly measured in feet or meters, tells us how high an area is in relation to sea level and can have various uses and effects. For instance, areas with very high elevations can induce altitude sickness in visitors and may have much colder temperatures than low elevation locations. The elevation of Mount St Helens is interesting as it has changed dramatically in recent decades.

Before the 1980 eruption, the elevation of Mount St Helens was 9,677 feet (2,950 m), making it one of the top five highest mountains in all of the state, but it got reduced down to 8,363 feet (2,549 m) after the eruption due to a debris avalanche that left a huge crater in the top of Mount St Helens. The mountain is therefore no longer even in the top fifty points in Washington State, but is still very highly elevated. The highest point in all of Washington is Mount Rainier, which is the highest mountain in the Cascade Range in the Pacific Northwest and has an elevation of 14,417 feet (4,394 m). The lowest point in the state of Washington is technically the Pacific Ocean, which is at sea level.

3.Climate and Things to Do at Mount St Helens 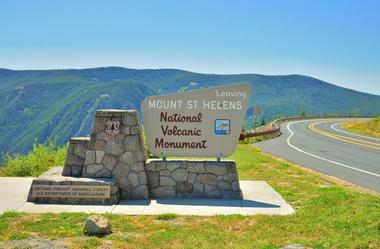 Due to its extremely high elevation and location in the Pacific Northwest, Mount St Helens has very cold weather, with freezing temperatures for long parts of the year and major snowfall. Maximum temperatures at Mount St Helens are relatively low, especially when compared to low-lying city locations in Washington State like Seattle.

Despite its difficult weather conditions and volcanic nature, Mount St Helens is a very popular climbing spot. Both beginners and seasoned climbers visit this location throughout the year and attempt to make it to the top. The best climbing conditions can be enjoyed through summer, but all of the routes do involve some tricky terrain and a good level of fitness is needed to make it to the peak. Hiking around Mount St Helens and nearby areas is also popular at all times of year.

You are reading "Mount St Helens Elevation" Back to Top

You are reading "Mount St Helens Elevation " Back to Top