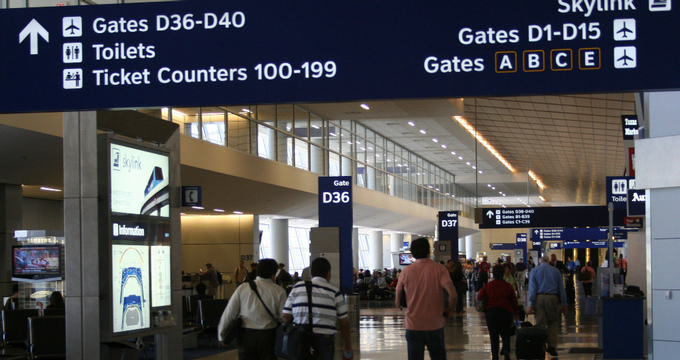 With over 1.3 million people living there, Dallas is not only one of the biggest cities in the state of Texas, but is also ranked as the ninth biggest city in the entire United States. It's the biggest metropolitan area in the Southern states, with over 7 million people in the Greater Dallas area. The city, which has strong business and transport links with nearby Fort Worth, is home to many major companies and key landmarks like the Museum of Art, NorthPark Center, Botanical Gardens, American Airlines Center, Old Red Museum, and Perot Museum of Nature and Science. With so much to see and do, it's no surprise that Dallas attracts millions of visitors each year, with many traveling by air and landing at the city's main airport: Dallas/Fort Worth International Airport. The Dallas airport code for Dallas/Fort Worth International Airport is DFW.

What is the Dallas Airport Code?

Dallas/Fort Worth International Airport is actually so large that it has its own zip code and city designation from the United States Postal Service. The address for DFW airport is 2400 Aviation Drive TX 75261 Dallas, Texas, and if you'd like to give the airport a call and learn more about flights and services, you can get in touch via the following number: 972 236 4968. You can also email DFW airport at airportinfocenter@dfwairport.com. 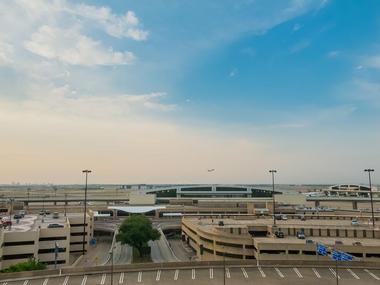 The history of airport code DFW, Dallas/Fort Worth International Airport, goes back to the 1920s. It was in 1927 that authorities from both Dallas and Fort Worth had spoken about joining their forces and funds together to create an airport that would serve both cities. Fort Worth, however, eventually said no to the idea, so each city made their own airports instead. Dallas had Love Field and Fort Worth had Meacham Field.

In 1940, however, it was again decided that a joint airport would be a good idea. However, once again, the city authorities disagreed and the project eventually got canceled. In the 1940s, Fort Worth built a new airport called Amon Carter Field and closed down Meacham Field. The new airport, Amon Carter, was only 12 miles away from Dallas' Love Field, and most travelers were choosing to fly into Love Field over Amon Carter Field. In fact, Dallas was getting around 50 times more air traffic than Fort Worth, so eventually, the Fort Worth authorities had to settle and agree to the idea of a joint airport venture.

The federal government threatened to intervene if the authorities didn't work together, so representatives of both Dallas and Fort Worth agreed on a site for their new airport and construction started in the late 1960s. The airport opened up in 1973 with a big celebratory ceremony. It was known as Dallas/Fort Worth Regional Airport at the time, but it didn't take long for international flights to start operating at DFW airport, which grew enormously in the years that followed to a point where it is now one of the largest airports on the planet. 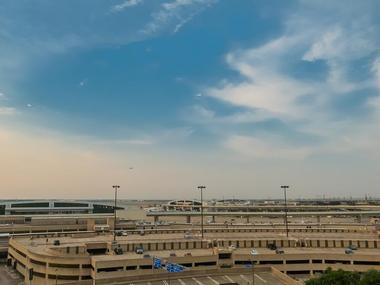 DFW airport features five terminals and over 160 gates, with plans for further expansion in the future. This airport is not only the main airport for Dallas and Fort Worth, it's also one of the main airports for the state of Texas as a whole. DFW is the fourth busiest airport in the world in terms of aircraft movements and ranks in the top 15 busiest in terms of passenger traffic. It is the biggest and busiest airport in the state of Texas, covering over 17,000 acres of land, and is the second biggest in the United States.

DFW is a major hub for American Airlines, Southern Airways Express, UPS Airlines, and Ameriflight, as well as being a focus city for several other airlines and one of the biggest airline hubs on the planet. Flights leave from DFW to more than 240 different destinations all over the globe, with over 65 million passengers passing through Dallas/Fort Worth every single year. The top domestic destinations at DFW are Los Angeles, CA; Chicago, IL; Atlanta, GA; Denver, CO; and New York, NY. The top international routes at DFW go to Cancun, Mexico; London, United Kingdom; Mexico City, Mexico; Tokyo, Japan; and Frankfurt, Germany. 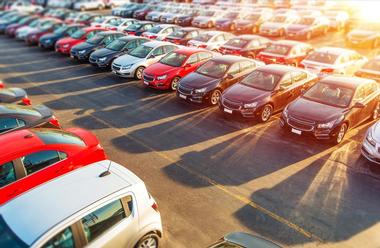 If you need to park your car at Dallas/Fort Worth International Airport, there are lots of options available with more than 20,000 unique spaces. All of the five terminals have their own parking lots, with terminals B, C, and E having the most lots. You can also find Express parking and Remote parking options. Remote parking is the cheapest option with a maximum daily rate of just $10. 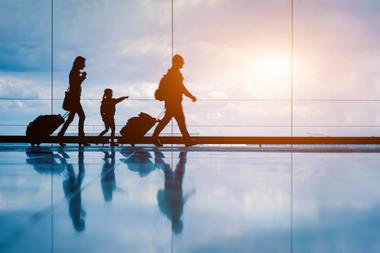 
Getting To and From Dallas Airport Code DFW

There are plenty of ground transportation services around DFW airport to help you get into Dallas, Fort Worth, and surrounding cities. You can catch the 408 bus to get right into Downtown Dallas or hop on the DART Orange Line train or TRE trains to get around the local area. If you need to be somewhere specific, you can also choose to use a taxi or ride share.

Getting Around Dallas Airport Code DFW

DFW airport features five terminals and covers several thousand acres of land, so it can seem like an overwhelming place to navigate for first-time passengers. Fortunately, the airport is equipped with its own Skylink train system to help you get around between the terminals quickly and easily. The trains on the Skylink are free to all passengers and leave regularly throughout the day. 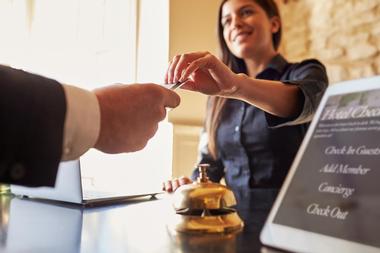