Things to Do in Corpus Christi, TX: Texas State Aquarium 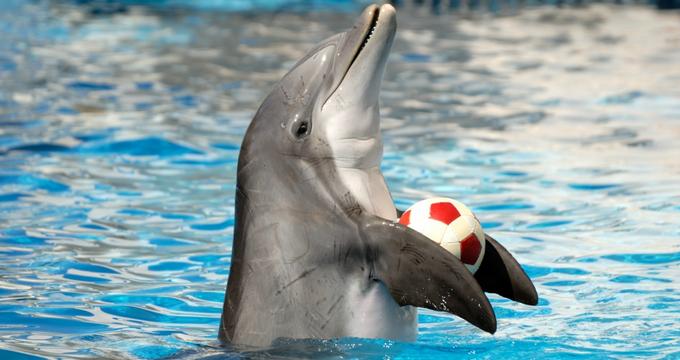 Ever wanted to explore the depths of the ocean? Well, why not visit the Texas State Aquarium in orpus Christi, where there are over 330 different species for you to observe, study, and even interact with. Ever dreamed of becoming a conservationist? Here you can learn all about how to protect our oceans and the fascinating animals that live there.

The aquarium was first open to public visitors in 1990 with its very first exhibition on marine animals. The aquarium runs on a purely non-profit basis and dedicates itself to the rehabilitation of wildlife from the Caribbean Sea and the Gulf of Mexico as well as conservation of the ocean at large. The facility was federally permitted to do this in 1993 and has been caring for sea animals in need ever since.

Some of the Texas State Aquarium's most interesting exhibits include wonders such as the Island of Steel, an impressive 125,000-gallon indoor tank made to resemble a vast habitat underneath an oil rig. The huge tank is home to stingrays, sand tiger sharks, loggerhead sea turtles, and many more wondrous underwater creatures. The tank is also the world's largest indoor tank, and well worth a visit just for that spectacle alone.

The Tortuga Cay Exhibit is where you can visit four different species of sea turtle, all of which have been rehabilitated at the aquarium but have sadly been deemed not releasable. The turtles live in a lagoon-style habitat that allows you to view them both above and under the water.

Another popular exhibit is Dolphin Bay, where visitors can expect to see the aquarium's resident bottlenose dolphins, Kai and Shadow, both from above and beneath the water. The dolphins also hold an educational class roughly twice a day, educating guests on how their trainers communicate with them as well as sharing facts about ocean conservation.

The aquarium has been a member of the AZA since 1995, and due to the very high standards with which the aquarium operates it has received several awards over the years. It comes as no surprise that last year the aquarium was responsible for rescuing a whopping 346 seabirds, releasing 125 of them back into the wild. One of the aquarium’s most famous rescued birds is Grace the bald eagle, who, due to a serious injury to her wing, cannot be released and now lives within the Eagle Pass exhibit.

The aquarium is open from 9:00am to 6:00pm every day except for major holidays. There is free parking to its visitors.

Free admission for children aged 2 and under

Membership allows unlimited free entry to the aquarium as well as access to a whole host of exclusive content and events. The price of membership starts at $69.95 for a whole year.

More Things to Do in Corpus Christi

Best Things to Do: stARTup Houston 2019

25 Best Things to Do in Corpus Christi, Texas

15 Best Things to Do in Frisco, Texas

15 Most Fascinating Castles in Texas