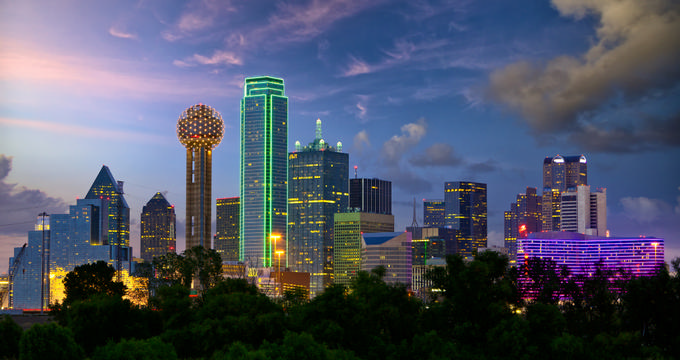 A hugely historic city with a lot to offer in the modern day, Dallas is one of the best-known places in the state of Texas. Located mostly in Dallas County, Dallas is part of the Dallas-Fort Worth metroplex, which is the fourth biggest metropolitan area in the United States. The city is located in the northeastern section of Texas and covers an area of more than 385 square miles. Dallas has a population of over 1.3 million people, with millions more living in the surrounding urban and metropolitan areas. 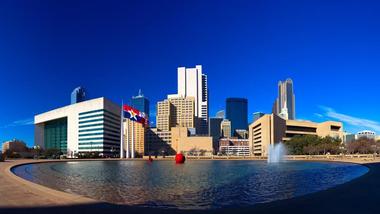 For many years, the area that would become known as Dallas was part of New Spain. It was under Spanish Rule until Mexican Independence in 1821, and then became part of Mexico for many years until Texas became independent in turn. A settlement was established and called Dallas in 1841 by John Neely Bryan, and the city quickly grew as the railroad industry expanded. Dallas became a major trading hub, attracting many more residents and new businesses.

Over the years, the city continued to grow and develop, with skyscrapers creating an incredible cityscape and various neighborhoods evolving and changing over time. Nowadays, Dallas is one of the most visited cities in the state of Texas. It houses the headquarters of many major companies and is well known for its Tex-Mex cuisine, Arts District, sports teams, annual events, beautiful parks, and additional attractions. 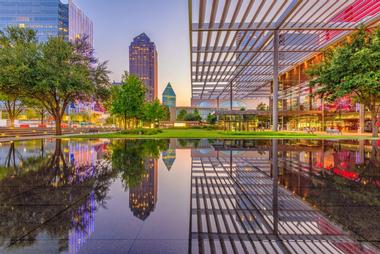 The elevation of a city tells us how high it is in relation to sea level and is a particularly important geographical statistic for a variety of reasons. Dallas has an elevation of 430 feet (131 m), which matches up with many other major cities around the United States. Most big cities tend to be built at elevations of 500 feet (152 m) or less, and this is the case with places like New York City, Los Angeles, and Chicago, for example. Nearby Fort Worth, however, has a slightly higher elevation than Dallas of 653 feet (216 m).

In terms of general elevation around the state, Texas is neither among the highest nor the lowest states around America. It has a mean elevation of 1,700 feet (520 m) due to its varied terrain and large size, so the elevation of Dallas is significantly lower than the state average. The highest point in all of Texas is Guadalupe Peak, a mountain located in the western section of the state, which has an elevation of 8,751 feet (2,667 m), while the lowest point in the state of Texas is the waters of the Gulf of Mexico, which are technically at sea level.

3.Climate and Things to Do in Dallas 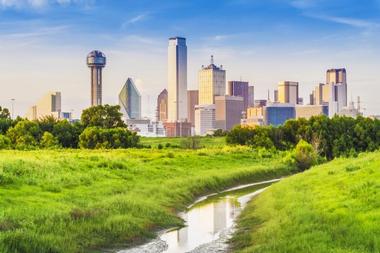 Dallas has a humid subtropical climate, similar to many other areas in the Southern Plains part of the United States. It has four distinct seasons, with changes in temperature and precipitation easily seen from one season to the next. The hottest month of the year in Dallas is August, with average highs of 96°F (36°C) and lows of 77°F (25°C), while the coldest month of the year is January, which has average highs of 57°F (14°C) and lows of 37°F (3°C). Some light snow can fall in Dallas during winter, but rain is the most common form of precipitation in this Texas city, with levels of rainfall varying throughout the year. May and October are the months that see the most precipitation in Dallas.

As one of the biggest and most populated cities in Texas, there are naturally plenty of different things for residents and visitors to do in this location. Whether you're looking to catch a sporting event, eat at a top class restaurant, watch a live music show, or visit a museum or gallery, Dallas has a lot of options for everyone to enjoy. Some of the key landmarks and must-visit locations in the city include City Hall, the Old Red Museum, the NorthPark Center, the Museum of Art, and the Dallas Arboretum and Botanical Garden.

25 Best Things to Do in South Padre Island, Texas

25 Best Things to Do in San Marcos, TX