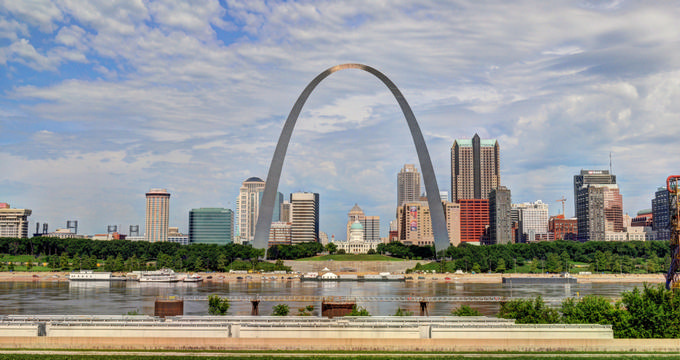 Situated in the Midwest region of the United States, Midwest is the 21st biggest state in terms of physical size and 18th largest in terms of its population. Missouri covers an area of 69,715 square miles and has an estimated population of 6.1 million. The Mississippi River runs along the eastern edge of the state, and Missouri has borders with eight other states: Tennessee, Iowa, Illinois, Kentucky, Arkansas, Kansas, Nebraska, and Oklahoma. It has more borders than any other state.

Missouri was part of the Louisiana Purchase of 1803 and saw a lot of growth and development through the 19th century. Missouri is known for its combination of Midwest and Southern culture and cuisine. The capital city of Missouri is Jefferson City, but its largest city is Kansas City. The Greater St Louis area, which encompasses parts of both Missouri and Illinois, is the biggest metropolitan area in Missouri. Here are some more details and overviews on the largest cities of Missouri. 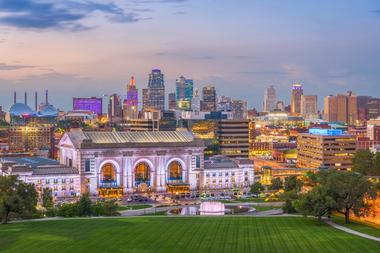 Located in Jackson, Clay, Platte, and Cass Counties, Kansas City is the largest city in the state of Missouri. The city was originally simply called Kansas and was incorporated in 1850, being constructed at the confluence between the Missouri River and Kansas River. With the establishment of the Kansas Territory in 1854, people began to get confused between the city and the territory, so the name of the city was changed to Kansas City to minimize confusion.

Kansas City is located in the western part of Missouri and covers an area of 319.03 square miles. It has an estimated population of 488,000, with over 2.1 million living in the surrounding metropolitan area, which also extends into the state of Kansas. As the state capital, Kansas City is a major cultural, commercial, touristic, and economic hub for Missouri. 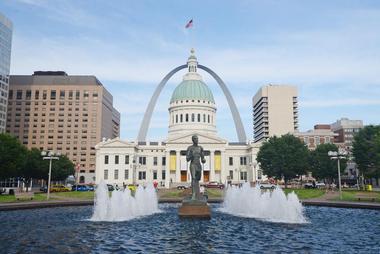 A major port city on the banks of the Mississippi River, St Louis is an independent city and the second largest city in the state of Missouri. Known as the 'Gateway to the West', St Louis is situated on the western border of Missouri and has close ties with Illinois.

St Louis covers an area of 66 square miles and has an estimated population of 308,000, with over 2.8 million in the surrounding Greater St Louis metropolitan area, which is the biggest metro area in Missouri and the 19th biggest in the nation. The city was founded in 1764 and was named after King Louis IX of France. 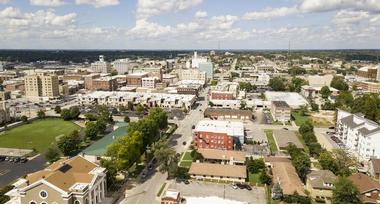 Situated in Greene County, of which it is the county seat, Springfield is the third largest city in the state of Missouri. The city is located in the southwestern corner of the state and is known as the 'Queen City of the Ozarks' due to its location among the Ozark mountains.

Springfield covers an area of 82.31 square miles and has an estimated population of 167,000, with over 540,000 in the surrounding metropolitan area. Springfield is also known as the 'Birthplace of Route 66' as the famous route originally ran through the city and the idea of the route was co-created by John Woodruff, a resident of Springfield. 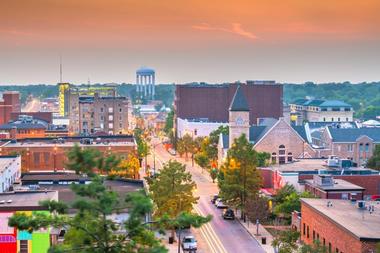 Located in Boone County in the central part of the state, Columbia is the fourth biggest city in the state of Missouri. This city was settled in 1818 and founded in 1821, being incorporated a few years later, in 1826. Columbia covers an area of 63.5 square miles and has an estimated population of 121,000, with over 178,000 people living in the surrounding metropolitan area.

Columbia is home to the University of Missouri and is therefore a popular college town with a large student population. The city has also earned the nickname 'Athens of Missouri' due to its classical architecture and distinctive beauty, and is also known as 'CoMo' among locals. 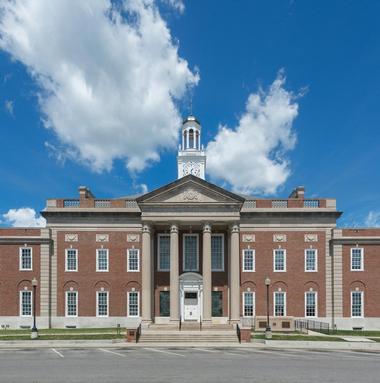 
Located in Jackson County, of which it is the county seat, the city of Jackson is the fifth biggest city in Missouri and one of just five cities in the state to have a population exceeding 100,000 people. Founded in 1827, Independence covers an area of 78.25 square miles and has an estimated population of 117,000.

The city is nicknamed 'Queen City of the Trails' as it was historically a key starting point for trails across America like the Oregon and California trails. Independence is part of the Kansas City metropolitan area and is classed as a satellite city of Kansas City. The city is a key location for the Mormon faith in Missouri, with the first ever Latter-Day Saint temple site, Temple Lot, being located in Independence.