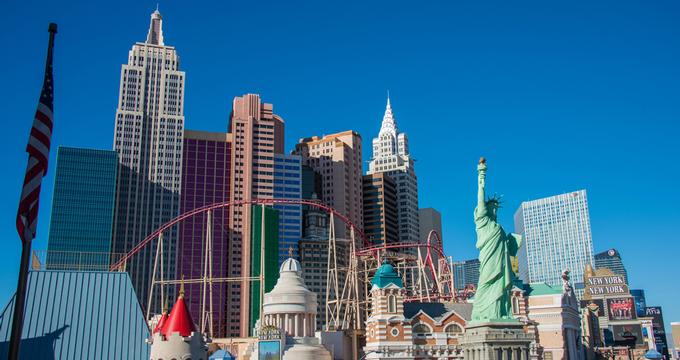 Most people who visit Las Vegas spend the majority of their time indoors, so any time of the year is good to visit the city. Most visitors find that the temperatures in the summer are unbearable for outdoor activities. There are many people who visit Las Vegas during the winter months between December and February - the city can be very crowded and room rates are high. Spring from March to May and fall between September and November are the best times to visit Las Vegas. It is far less crowded than winter and the temperatures allow visitors to enjoy some of the outdoor attractions that Las Vegas has to offer.

In February, Las Vegas sees the high precipitation rate annually with an average of 1 inch (19 mm). Average high temperatures increase to 62°F (17°C) while the average low temperature increases at the same rate to 43°F (6°C).

Las Vegas Weather in March: Spring arrives in the city in March along with a warmer but pleasant average high temperature of 70°F (21°C). The average low temperature also increases but stays rather cool at 49°F (10°C).

April sees another considerable increase in average high and average low temperatures. The temperatures range between a high and low of 78°F (26°C) and 56°F (13°C) respectively.

Las Vegas Weather in June: Las Vegas gets the most sunshine annually in June with a 402-hour average and close to 0 inches (2 mm) of rain - the lowest precipitation rate in the year. The average high temperature hits 99°F (37°C). Low temperature averages are at 75°F (24°C).

In July, the heat reaches sweltering levels as the average high temperature shoots to 104°F (40°C). This month is the peak of Las Vegas’s summer and the hottest month in the year.

November sees a huge leap downwards as the last of the fall months. The average high temperature falls to 66°F (19°C) and evenings register a chilly average low of 47°F (8°C).

Las Vegas Weather in December: The coldest month of the year is December with an average high temperature of 57°F (14°C). The average low temperature decreases to 39°F (4°C).

Nevada is home to a great amount of yearly activities, especially Las Vegas. As such, it’s generally always a great time to visit. However, it’s advisable to plan a mid-week trip to Las Vegas to avoid the weekend rush and catch cheaper rates. When it comes to catching the best parties, the most popular parties and biggest bashes take place in March. The best time to come to Nevada to visit the Grand Canyon is throughout the spring and fall seasons while the most popular time to visit Death Valley is in the spring. Camping season begins in September, so if the great outdoors is what you’re after, plan your trip between the months of September and November.

2.Getting to Las Vegas, Nevada

Many visitors arrive in Las Vegas by airplane. The McCarran International Airport is conveniently located close to the city. Many domestic and international flights arrive at this airport and it is one of Southwest Airlines hubs. There is currently no direct train service to Las Vegas; however, you can travel by train to Los Angeles or Barstow and Amtrak provides a bus service for the remaining five to six hour trip to Las Vegas. Arriving by car is made easy by I-15 that connects Las Vegas with the rest of the country. Greyhound and Megabus are two choices if you want to travel to Las Vegas by bus.

3.Getting From the Las Vegas Airport 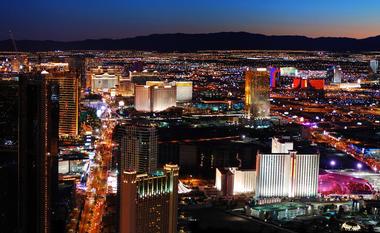 Getting from the McCarran International Airport into Las Vegas is very easy. There are car rental agencies that are located at the airport: it’s a short drive into the city. Many people explore Las Vegas on foot if they stay in one area of the city; but if you want to explore other areas, a car is a great option. There are many taxis at the airport: this is a quick way to travel the short distance from the airport into the city. A less expensive way is to take one of the buses provided by the Citizens Area Transit like no. 108 or 109. 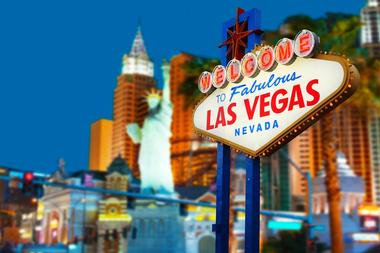 There are several ways for tourists to get information about visiting Las Vegas. The three main visitor information centers are the Las Vegas Convention and Visitors Authority on Paradise Road; the Las Vegas Chamber of Commerce on Las Vegas Boulevard; and the Nevada Commission on Tourism on East Washington Avenue. These visitor information centers help visitors with accommodations, planning itineraries for sights beyond the casinos, and recommendations for places to eat and places to shop. Most of the major hotels in Las Vegas offer tourist information: the information can either be picked up at the reception desk, or some hotels have a separate sightseeing and entertainment desk in the lobby.

5.Getting Around Las Vegas by Public Transportation 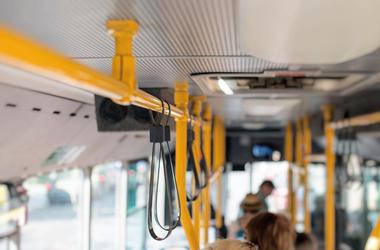 
Although many visitors spend most or almost all of their time in their hotels either at the casino or in their rooms, other visitors are interested in getting around Las Vegas. One of the best ways to get to other parts of the city is by using the bus system called the Regional Transportation Commission of Southern Nevada, or the RTC. It operates approximately 40 routes not just in the city but in the greater Las Vegas Valley. Some of the bus routes run 24 hours a day in the downtown area and along the Strip. Traveling around Las Vegas and beyond by bicycle is another option. 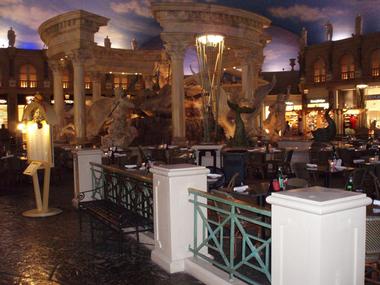 
Many people think “buffet” when they think of food in Las Vegas - all you can eat for very little money. Most good hotels have buffets, but over the recent years dining choices have greatly increased. Many restaurants are now associated with brand names of celebrity chefs such as Emeril Lagasse and Wolfgang Puck. Some restaurants are quite expensive but there is a move towards good quality food at more affordable prices. There are pizza restaurants such as 800 Degrees Neapolitan Pizzeria, steakhouses like Alder and Birch, Pacific rim restaurants such as Aloha Specialties, seafood restaurants like AquaKnox, and many more. 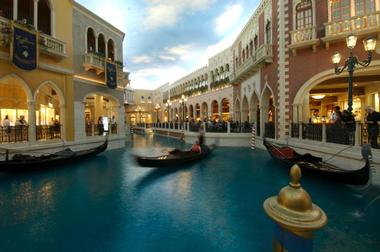 Shopping isn’t the first thing that comes to mind when people think of Las Vegas, but the city has a wide range of shopping experiences for visitors to explore. There are luxury shops of Via Bellagio and Crystals and other high end shops. Less expensive options include the Fashion Show Mall located at the north end of the Strip, the Miracle Mile Shops at Planet Hollywood Resort and Casino, and the Forum Shops at Caesars. For quaint little shops, leave the Strip and head for the Downtown Container Park. It’s made up of restored shipping containers: here there are art galleries, hip boutiques, restaurants, and even a play area for kids plus live music. 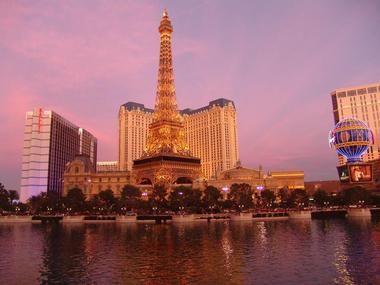 The Strip is not the only area of Las Vegas as some people think. Las Vegas is made up of several interesting neighborhoods that some visitors will want to check out. Symphony Park is a neighborhood that is known for its DISCOVERY Children’s Museum and the Smith Center for the Performing Arts. The Downtown South District includes 18b, The Las Vegas Arts District. Here there are many art galleries, bars, boutiques, restaurants, and shops. The First Friday Festival is a monthly event that draws huge crowds to celebrate art, music, and much more. This district is also home to the Gold and Silver Pawn Shop made famous by the television series, “Pawn Stars.”

9.Getting Married in Las Vegas 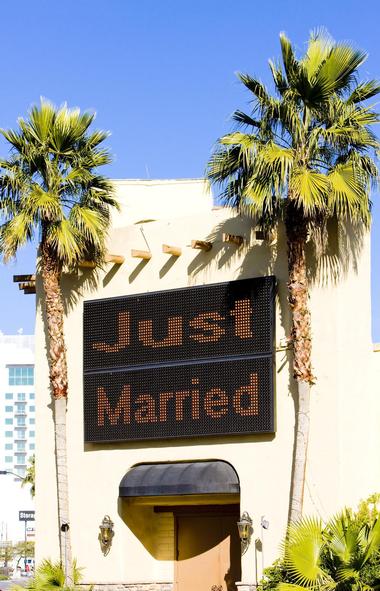 Las Vegas is world famous as a place to get married; it is sometimes referred to as the “Marriage Capital of the World." Tourists can obtain a marriage license at the Clark County Marriage License Bureau located on East Clark Avenue. Many of the hotels and resorts in Las Vegas and the surrounding areas are popular venues for weddings. Some of these include the Hilton Lake Las Vegas Resort and Spa and the Westin Lake Las Vegas Resort and Spa. There are many wedding chapels from which to choose such as the Chapel of the Bells and the Chapel of the Flowers.

10.Where to Stay in Las Vegas 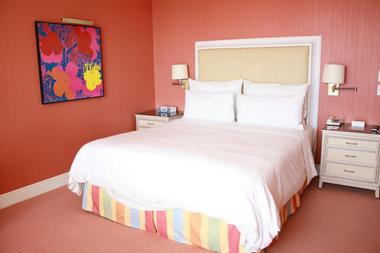 20 Best Things to Do in Carson City, Nevada