Things to Do in California: Santa Barbara Zoo 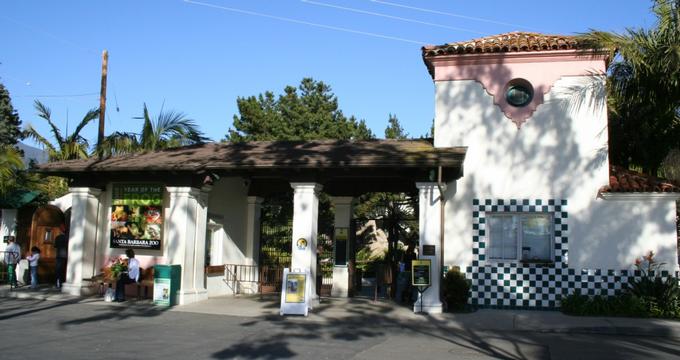 Located adjacent to the Andree Bird Refuge water feature and just blocks from the Pacific Ocean, the Santa Barbara Zoo enjoys in an ideal location to be home to hundreds of animals in their natural habitats. It is conveniently located off of the popular Hwy. 101 near Exit 95. Near a popular beach there is also an abundance of lodging places from which to choose; economy hotels to luxury resorts and even RV parks. With this type of set up the Santa Barbara Zoo is sure to find a spot on your family vacation itinerary. 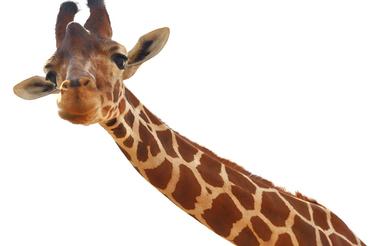 The Zoo is home to over 500 animals and 146 species. The zoo includes mammals, reptiles, birds and insects.

African Lion: The Cats of Africa exhibit open in 2003 and currently houses four lions. Their names are Chadwick, Gingerbread, Kadi and Neema. The lions enjoy playing in the pool and like to lick ice cubes made of meat juice.

Condor: The California Condor is on the endangered species list. The Zoo has five female birds on their roster. These birds are marked with wing tags which tell what number they are in the lineup of condors. From a meager twelve condors in the 1980s to over 400 today, the conservation program has been making strides to save the condors.

Asian Elephants: The Zoo is home to two elephants: Little Mac and Sujatha. They have both been at the zoo since the early 1970s. They are over 40 years old. They love to swim and eat fruits and pumpkins. These gracious animals are on the endangered species red list due to habitat loss and poaching.

Snow Leopard: Everett and Zoe are the used to a snowy climate. These two have thick fur, small ears, large nostrils, and large paws to help them live in colder climates. Now living in a warmer climate, they enjoy frozen foods like corn on the cob. Everett loves the smell of pine boughs and rolls in them. The snow leopard is also on the endangered species red list.

American Alligator: This alligator, Mary Lou, is the oldest and most long term inhabitant at the Zoo. She has lived here since 1963, when the zoo opened; that makes her over 50 years old. Who knew alligators lived that long? Believe it or not, they can live up to 100 years old. Her diet consists of mice, fish and quail. Just as mammals hibernate, alligators brumate, which means to slow down during the winter months. They also stop eating during this time.

Western Lowland Gorilla: The Zoo has two new gorillas on their way. Nzinga and Bangori are brothers who are 18 and 12 years old. These gorillas will be made to work for their food. The keepers will hide the food around the enclosure or in puzzle feeders. The gorillas then need to forage or work the puzzle to get the food.

Chilean Flamingo: This lanky, pink bird is listed as near threatened on the endangered species list. Their pink color has always made this bird one of particular note. They get their pink color from the food they eat: shrimp, algae, plankton and crustaceans.

Humboldt Penguin: We usually think of these birds as snow and ice lovers, but in fact, this species comes from a climate similar to that of southern California. These penguins are not the traditional black and white, but they have spots already and none is exactly the same as the other. Their names are Lucky, Bling, Bingo, Plum, Jordan and Peeglo. These birds are fed by hand twice a day.

Masai Giraffe: This lineup includes Michael, Audrey, Betty Lou, Buttercup and Chad; plus another one on the way. Even though these creatures have extra long necks, they have the same number of bones as we do. The giraffes eat between 2% and 4% of their weight in food every day. Michael, the biggest one eats over 50 pounds of food a day.

Giant Anteater: Some of the anteater’s favorite foods include crickets, avocados, and bananas. They have no teeth so need to eat softer foods. They can eat over 35,000 ants in one day.

Slender-tailed Meerkats: The mob of meerkats is comprised of the matriarch, Damara and Leo who has sired two litters; also Jasiri and Malia. The litters are born underground in what are called birthing dens. Meerkats like to dig tunnels and mazes underground and that is how they can travel from one place to the next without being spotted by prey.

There are more animals to see at the Santa Barbara Zoo, but these are highlighted here because of their special spots on the endangered species list. The best way to learn about these animals is to go to the zoo and meet them face to face. 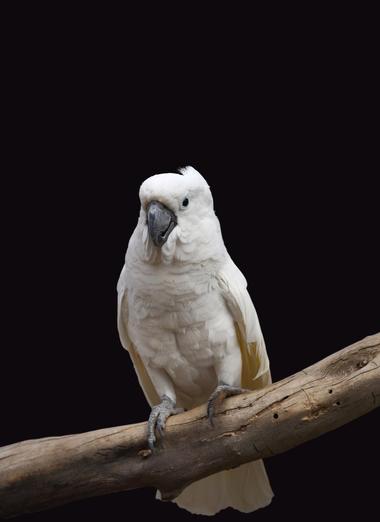 The Zoo has many opportunities to learn more about the animals, conservation and preservation through its Learning Program. Topping the list are safaris, date nights (kids) and overnight programs. The safaris include animal encounters, feeding time, a snack, and the chance to get to know some of the animals up close and personal. There is family exploring and camping trips where you can camp out and explore some natural habitats of animals indigenous to the area. Field trips and homeschooling science curriculum complete the offerings in the learning area of the zoo.

The Zoo has been instrumental in helping to save many species from near extinction. The California condor has made a comeback thanks to the zoo’s efforts. Continued monitoring, vet care and habitat restoration are all important aspects of the condor program. The Channel Island Fox is another benefactor of the Zoo’s conservation efforts. The Zoo has gained valuable knowledge about this species and has been able to administer vet care and is now monitoring the population on a regular basis. The fox now inhabits six of the eight islands. Finally, the Zoo is also a partner in FrogWatch USA, a conservation group that monitors frogs. For the Santa Barbara Zoo, that means watching the red-legged frog. The zoo conducts research, monitors and protects the frogs. 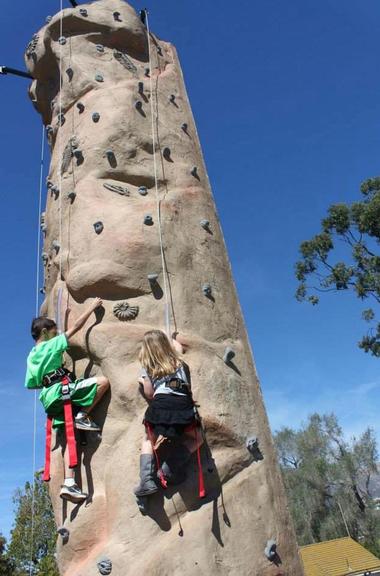 The Ridley-Tree House Restaurant serves up salads, sandwiches and hot entrees daily. The Wave has dishes with a Mexican flair. There are also snack carts placed throughout the zoo selling snacks, water and soft drinks.

The Santa Barbara Zoo is available for your wedding. Imagine stunning views of the ocean with a backdrop of the Santa Ynez Mountains; a perfect setting among the wonderful gardens of the zoo grounds. This venue will certainly make for a remarkable event and great memories for years to come. Catering is also available.

The Santa Barbara Zoo is on the list as one of the most beautiful zoos in the world. Stunning ocean views, flourishing gardens, exotic animals and much more - it is time to make a trip to the zoo. The neighboring Andree Clark Bird Refuge offers trails and splendid views of wild birds enjoying the habitat of the bird refuge. From family events to corporate events, the Santa Barbara Zoo can offer you a fabulous outing. Get your tickets today.

The Santa Barbara Zoo is open 365 days a year. Tickets are $17 per adult; $13 per senior; $10 for children (2-12); and free for those under 2. Zoo parking is $7 per vehicle during the week and $10 per vehicle on the weekends. The zoo has single and double strollers and wagons for rent at the gift shop. For your convenience, the website offers an interactive map so you can plan your route through the zoo. The zoo also has a blog with regular updates about the animals and events going on at the zoo. Also of interest is the zoo’s YouTube channel.

In addition to the zoo itself, the zoo features a variety of attractions and activities including:

Animal Kitchen: watch where the food is prepared for over 500 animals

Behind-the-Scenes Experiences: enjoy unique opportunities such as being a zoo keeper for a day or enjoying a tour of the zoo from the keeper’s perspective. These activities are by reservation only.

Climbing Wall: a 26 ft. climbing wall; learn how to climb for condors.

Giraffe Feeding: feed the giraffes; make a reservation to make sure you find them when they are hungry.

Zoo Train: ride the rails around the zoo

Back to: Best Things to Do in Santa Barbara

Things to Do in California: Santa Barbara Zoo