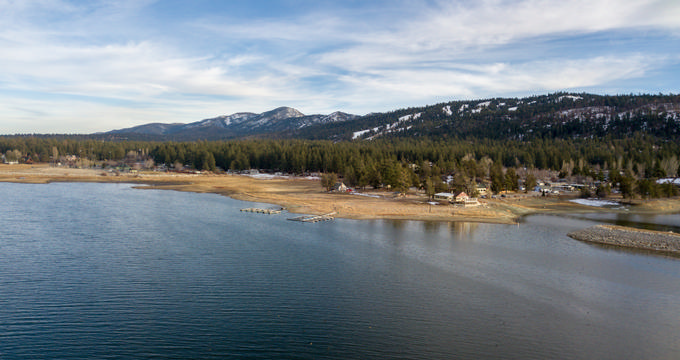 Just a short, 25-mile drive away from San Bernardino, sits the little city of Big Bear Lake. Located among the San Bernardino Mountains on the shoreline of Big Bear Lake, this is a small city with a lot to offer. Big Bear covers an area of 6.54 square miles (16.93 square km) and has a population of just over 5,000 people, but attracts many more due to its prime location for various activities and forms of recreation. The native Serrano Indians lived in the area around Big Bear several millennia ago. CDC information for travelers. Hours/availability may have changed. 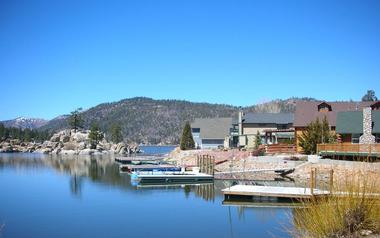 The American politician and explorer Benjamin Wilson came upon the area in the 19th century and it earned its name due to the large population of grizzly bears that called the area home at the time. The town was founded and the area around the Big Bear Valley became very popular during the Southern California Gold Rush, leading to new residents and businesses setting up in the area.

The first major resort, the Pan Hot Springs Hotel, was constructed in 1921, and more followed. Celebrities and A-list stars heard about Big Bear and began visiting the area on vacation, with some even choosing to shoot movies there as well. Over time, the reputation of Big Bear grew and grew as it became a top spot for various activities at all times of year, like fishing, hiking, and camping in summer and skiing in winter.

The elevation of a location tells us how high it is in relation to the mean sea level of Earth. Big Bear's elevation is 6,752 feet (2,058 m), making it a relatively high location, especially for the state of California, which features many low-lying major cities like San Francisco and Los Angeles, which have elevations of 53 feet (16 m) and 285 feet (87 m), respectively. The two highest points around Big Bear are the nearby ski resorts of Snow Summit and Bear Mountain. Snow Summit has a highest elevation of 8,174 feet (2,491 m), while the highest elevation at Bear Mountain is 8,805 feet (2,684 m).

As well as aforementioned major cities like Los Angeles and San Francisco, Big Bear has a higher elevation than many other big locations all around the state of California. San Diego has an elevation of 62 feet (19 m), while the state capital of Sacramento has an elevation of 30 feet (9.14 m). This shows that many major cities in California have very low elevations as they are mostly based on or near the Pacific Coast. Big Bear differs so greatly in elevation to these areas as it is located relatively far inland.

You are reading "Big Bear Elevation" Back to Top

3.Climate and Things to Do in Big Bear 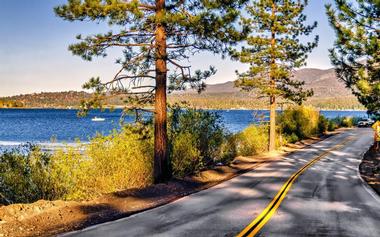 The climate at Big Bear is classed as a warm-summer Mediterranean climate, meaning the temperatures get very high during the summer months of June, July, and August, even continuing into September usually. The coldest month of the year is January, which has an average temperature of 34°F (1°C). The relatively low temperatures at Big Bear compared to the heat of nearby Los Angeles are partly due to Big Bear's high elevation. At higher altitudes, the temperatures begin to drop. Snow can fall quite heavily in Big Bear from December through to March.

There are plenty of activities for visitors to enjoy at Big Bear, and that’s why this location has become such a popular tourist resort town. Big Bear Lake, for example, is the most popular recreational lake in South California. Fishing at this lake is very popular, with catfish, trout, and bass all being caught throughout the year. Other activities around big bear include cycling, hiking, mountain biking, horseback riding, and more. Winter activities at Big Bear include skiing and snowboarding, primarily at the two local resorts of Snow Summit and Bear Mountain.

You are reading "Big Bear Elevation" Back to Top

You are reading "Big Bear Elevation " Back to Top

10 Best Things to Do in Marina, California

19 Best Things to Do in Bakersfield, California

21 Best Things to Do in Huntington Beach, California

25 Best Things to Do in San Francisco Year Round