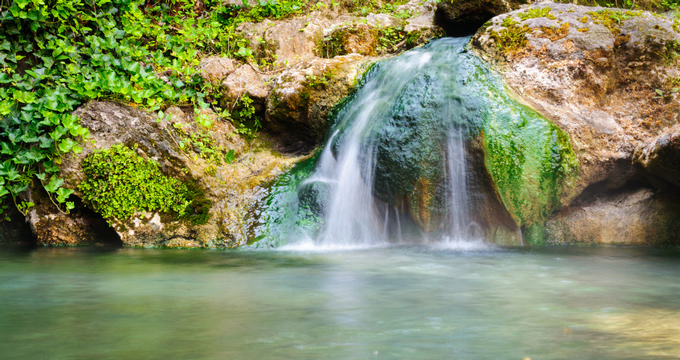 Hot Springs National Park is known as the American Spa. The natural hot springs have become the center of the town that was built around it, namely Hot Springs, Arkansas. The site is preserved as a National Park, which consists of historic buildings, cultural landscapes and natural areas. 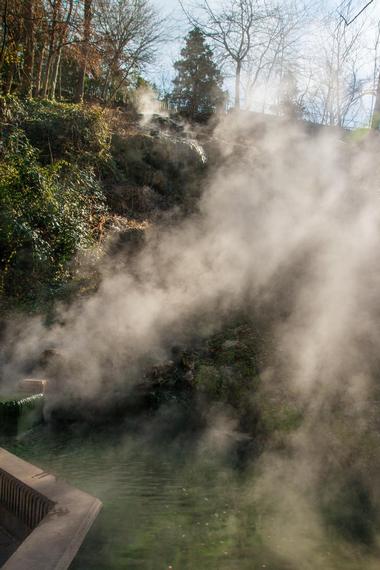 The park’s visitor center is located in the historic Fordyce Bathhouse. Used as a bathhouse from 1915 until 1962, the Edwardian Era building has a marble floored lobby, stained glass transoms over the windows and doors, and is adorned by a fountain of a boy on a seashell, that originally spouted water directly from the springs. Exhibits on the history of the bathhouse occupy what used to be the upstairs men’s dressing rooms and massage rooms. Exhibits include an electrotherapy table, demonstrating one of the early 20th century spa offerings. The bathhouse’s third floor offers a look at an opulent music room with stained glass ceiling and elaborately tiled flooring, a gymnasium, and staterooms. The basement once offered a bowling alley, and a viewing room that allowed guests to see the spring which fed the treatment rooms.

The Fordyce Bathhouse is one of eight bathhouses lining Bathhouse Row, a National Historic Landmark. Each of the bathhouses were built between 1892 and 1923. Guests may take a traditional bath in a claw foot bathtub, the same way visitors have been doing for over 50 years, at the Buckstaff Bathhouse, a park concessioner since 1912. The Quapaw Baths and Spa offers larger spring-fed thermal pools. A park store, named the Bathhouse Row Emporium is located in the historic Lamar Bathhouse.

26 miles of hiking trails surround Bathhouse Row and the Grand Promenade. These short walks through the forest have been part of the area’s health regimen since the establishment of the area as a National Reservation in the 1800’s. 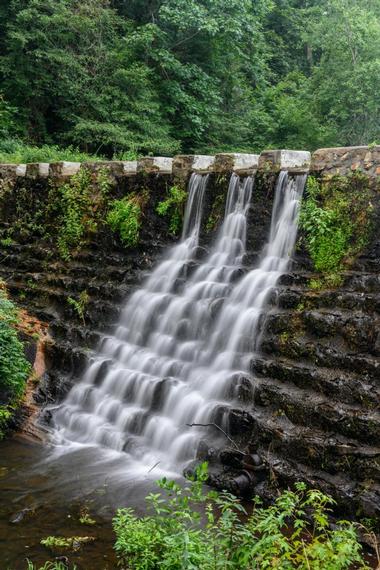 The area has long been known by indigenous peoples, and by the 1500’s, was referred to by Spanish Conquistadors as “Valley of the Vapors.” Around the 18th century, tribes settled in the area had a peace agreement that they would share the healing waters of the hot springs, and put down their weapons to equally enjoy the area. By 1818, European settlers had begun building in the area, to take advantage of the spring’s healing waters, and the Native Americans were relocated to a reservation south of the site. By 1820 Arkansas was a territory of the United States, and the hot springs were deemed a “National Reservation,” granting the area federal protection, making Hot Springs National Park the oldest in the National Parks system. The name was changed from “Hot Springs Reservation” to Hot Springs National Park in 1921.

Originally the bathhouses were simple wooden and canvas structures designed to merely provide a bit of shelter or privacy around the natural pools, or small reservoirs that had been made by carving into the rocky landscape. As an industry grew up around the hot springs in the early 20th century, the crude structures burned, collapsed, or failed due to damage from the humidity. After the Hot Springs Creek, which once ran through the center of town, was roofed over, and enclosed under a sidewalk, flooding was mitigated and it became feasible to build increasingly fancy and elaborate bathhouse structures. Many of these are still standing along Bathhouse Row today.

When the Fordyce bathhouse closed in 1962 due to a decline in attendance, the building remained vacant until 1989 when it reopened as a visitor center for the National Park. The Bathhouse Row National Historic Landmark was designated two years prior, in 1987. 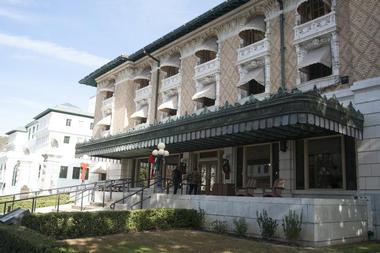 Tours of the Fordyce Bathhouse are available, and may begin with an orientation movie, which offers an overview of the National Park offerings. The full bath experience at Buckstaff Bathhouse has been the same since the 1800’s, and consists of soaking in a private tub of 98-100 degree water for 20 minutes, steaming for two or five minutes in a head in, or head out steam cabinet, the application of hot packs for specific aches and pains, or a soak in a 108 degree sits bath, and finally, a two minute ice cold shower. Guests may follow the protocol with a relaxing Swedish massage.

Outdoor activities include strolling the Bathhouse Row and the Grand Promenade. The area is also surrounded by 26 miles of hiking trails. Camping is available at the park’s Gulpha Gorge Campground, located adjacent to the Gulpha Creek.

More Things to Do in Hot Springs

Things to Do in Hot Springs: Magic Springs Theme and Water Park

15 Best Things to Do in Springdale, AR

6 Most Beautiful Mountains in Arkansas

25 Best Things to Do in Little Rock, Arkansas