Best Things to Do in Wisconsin: Children’s Museum of La Crosse 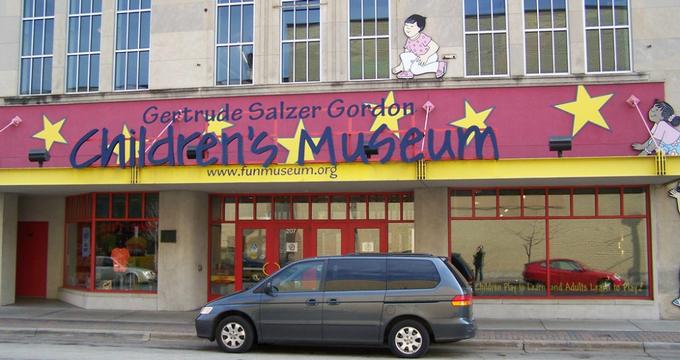 The Children’s Museum of La Crosse, WI opened its doors to the community in 1999. The museum aims to celebrate the value of play for children through its three floors of interactive exhibits, as well as educational programs and more. The purpose of the children’s museum is not only for kids to have fun, but also the help with the development of foundations for personal and academic success. The Children’s Museum of La Crosse is not only a space for children of the local La Crosse community to enjoy, but welcomes residents of other regions throughout the state and visitors from across the country as well.

There are numerous different hands-on exhibits throughout the three floors of the Children’s Museum of La Crosse designed to teach children while they’re having fun. The Fire Truck exhibit lets kids dress up as a firefighter and practice putting out “fires” with a hose. Children can practice their “stop, drop, and roll,” turn on the lights of a fire truck, and drive the truck as well. Kids can also practice climbing or sliding their way to safety, and families can talk about their plan at home in case of a fire.

Climbing can help with children’s willingness to take on small risks and confidence, as well as improve motor skills. This is why the Children’s Museum of La Crosse has introduced the Luckey Climber, the first one in the state of Wisconsin. The Climber is unique structure for climbing that is part artwork and part jungle gym.

The climbing structure was designed specifically for the Children’s Museum and stretches two entire stories. Featured at the top and bottom of the structure’s climbing platforms are the eye of sixty different animals. This eye theme showcases the natural world’s captivating beauty, as well emphasizes the fact that humans are just one of the countless number of animals on Earth. The Clumber provides a fun adventure for children and those young at heart while also providing challenges that promote problem-solving and spatial thinking.

The Dino Maze at the Children’s Museum of La Crosse tests and expands visitors knowledge of the Mesozoic Era as they navigate their way back through one hundred and million years. Visitors of all ages will find a few dead ends, as well as plenty of activities and surprises that will test their bodies and minds as they try to find their way through the maze. Guests will see replicas of various dinosaurs, such as Velociraptor, Triceratops, Stegosaurus, and more.

The Children’s Museum’s Imagination Playground is a space designed for to let the imagination of children run wild. Kids have endless possibilities of things to create from the playground’s large blue blocks, including towers, forts, roads, and much more. Imaginative building encourages problem-solving, planning, creativity, and cooperation.

Children can direct the water’s flow through dams and locks, catch fish, and float boats in the Rivers and Bridges section of the Children’s Museum of La Crosse. Kids can play with trains, as well as other vehicles, and connect tracks at the exhibit’s huge train table. Among the several other hands-on activities in the exhibit, children can also design and build several types of bridges.

Things to Do in Madison, Wisconsin: La Taguara

14 Best Things to Do in Appleton, WI

10 Best Things to Do in Green Bay, Wisconsin

22 Best Things to Do in Wisconsin Dells, WI