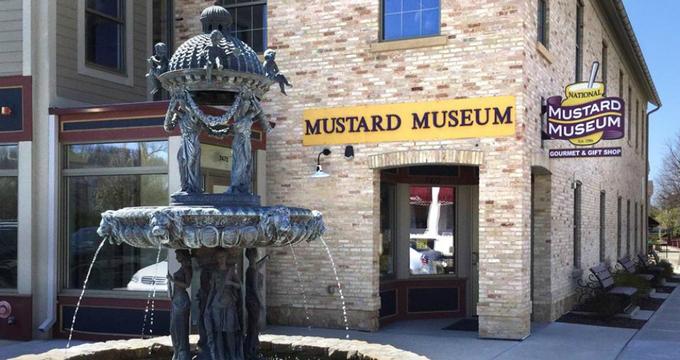 The National Mustard Museum in Middleton, Wisconsin, is one of the most popular attractions in the state featuring 5,676 mustards from around the world and offering free admission and a comprehensive mustard shop. 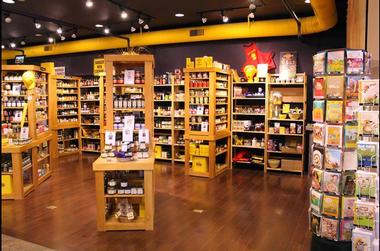 Museum founder and curator, Barry Levenson, blames the Boston Red Sox for the creation of the National Mustard Museum. According to Levenson’s story, after the sox lost the World Series of Baseball in 1986, he was sulking in a grocery store when he passed the mustards and an idea struck him suddenly to start collecting mustards.

In 1992, Levenson quit his day job as an Assistant Attorney General and opened the museum on April 5. The museum has since been featured on many popular daytime talk shows and gameshows. The museum features mustards from every state in the country and 70 other countries worldwide. In 2010, The National Mustard Museum began hosting the Annual Mustard Festival in downtown Middleton which draws hundreds of people to the area.

With more than 5,676 different kinds of mustards total, the National Mustard Museum proves that mustard is the king of the condiments. The museum also offers free admission to everyone, but does suggest leaving donations in the box or making a purchase in the giftshop which is also accessible online.

The exhibits at the Nationals Mustard Museum include over 5,624 mustards from every state and 70 countries across the world including all South American countries. There is also a vast amount of mustard memorabilia such as the Gibbons Collection which has been part of the permanent collection since 2000 and showcases antique mustard pots.

Many people bring mustard gifts to the museum from their travels such as Trale Bardell who travelled to South America on his motorcycle and came back with mustard like Barcatti Mostaza. Become a friend of the National Mustard Museum by donating your mustard or memorabilia to the museum and have your name and story told on the Friend of the Mustard Museum wall.

“Canada is the World’s Mustard” is one of the newest exhibits in the permanent collection. This exhibit tells the story of the Saskatchewan Mustard Development Commission, the largest exporter of mustard seed in the world. Other exhibits include The Great Wall of Mustard that features all 5,624 mustards, Mustard Ads, vintage mustards, and ornate mustard jars. 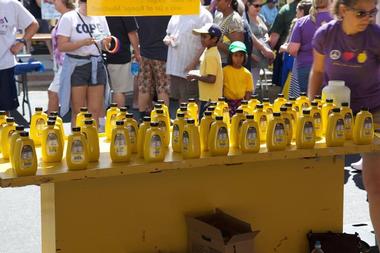 There is more to do at the National Mustard Museum than simple peruse through various jars of mustard. At the museum visitors can also indulge in mustard tastings, learn how to cook with mustard, watch musicals, and shop the vast gourmet delicacies of the giftshop.

Mustardpiece Theatre- Admission to the Theatre where mustard themed movies are shown on a big screen TV is always free. The theatre also hosts the Poupon U mustard comedy musicals such as The Sound of Mustard, Les Moutardes, Hello Dollop, and Annie Get Your Bun.

Food Quiz Game- An Interactive Quiz Game that tests the knowledge you gained in the videos shown in the Mustardpiece Theatre.

Mrs. Mustard’s Kitchen- Mrs. Mustard teaches visitors different ways they can cook with mustard and how mustard can be added to recipes easily. She also gives advice on the different ways mustard is known for health benefits such as being used as a metabolism booster, to relieve stress, and ease tension, and proper storage methods.

Tasting Bar- Located in the Gift Shop, the tasting bar is always stocked with hundreds of different mustard samples that are free to taste. From chocolate mustards to wasabi, the confidential condiment counselors can help you find the right mustards for your taste buds. 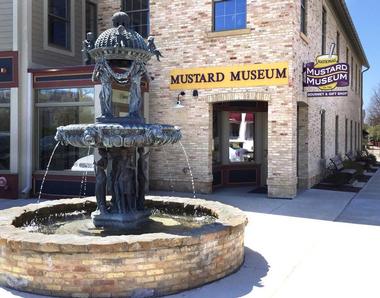 The National Mustard Museum hosts two events that they are recognized for nationally—National Mustard Day and the World-Wide Mustard Competition. There are other public events that are hosted by the Curator outside of the museum and at the museum that are not annual such as lectures and speaking engagements. More information about these events can be found online.

National Mustard Day- This event is hosted in Downtown Middleton and draws people from around the world with free food, live performances, games, and mustard celebrations, on the first Saturday in august.

World-Wide Mustard Competition- Curator Barry Levenson is a coordinating Judge for the biggest competition in the mustard industry with Gold, silver and bronze medals awarded in several categories of mustard creation.

Back to: Fascinating Museums

Things to Do in Madison, WI: Madison Children’s Museum