6 Best Things to Do in Lake Mills, WI 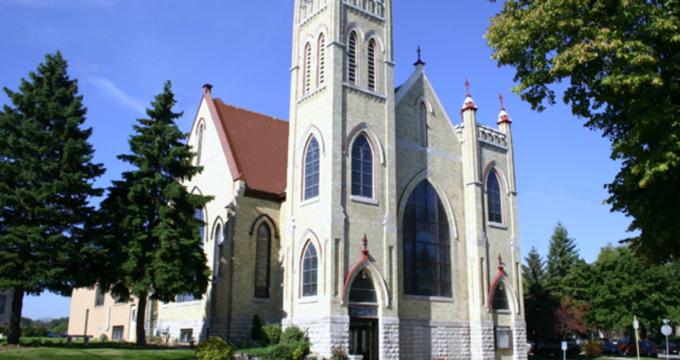 Lake Mills is a city in Jefferson County, Wisconsin, on the east shore of Rock Lake. Lewis Station winery and tasting room occupies a refurbished old-school gas station . Aztalan State Park protects an ancient Mississippian settlement that thrived between the 10th and 13th century, with massive earthwork pyramid-shaped mounds. The Glacial Drumlin State Trail is a 52-mile long rail trail in the Midwestern United States that runs through Lake Mills among other Wisconsin cities. Rock Lake is a 1365-acre lake shaped as number eight, with marshy area on one side and sandy beaches on the other. Lake Mills Golf Club opened to the public in 1927 and is one of the oldest courses in the area. 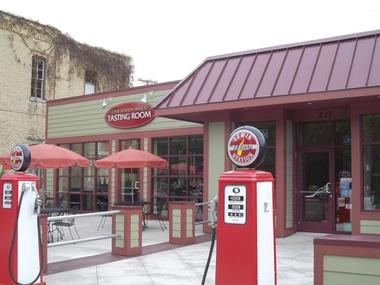 Lewis Station Winery is a family owned winery and boutique wine shop located in downtown Lake Mills, Wisconsin, about a 50 minutes from Milwaukee and 20 minutes from Madison. Lewis Station Winery occupies a refurbished old-school gas station and offers daily wine tastings, as well as a small bistro menu. The winery specializes in small-batch, hand crafted premium wines using natural method of wine making with a low sulfite content. .Many of the wines produced and bottled by Lewis Station are winners of Gold and Silver awards in the World Wine Competition and the Finger Lakes Region Wine competition. In 2018, Lewis Station Winery became the first Wisconsin winery to be Certified Craft Winery, with certification from the Craft Wine Association. Lewis Station produces about 25 different wines, most of which are made in 60 to 70 case lots. It is known for its big reds, such as its Lodi California Zinfandel, and its Sangiovese. 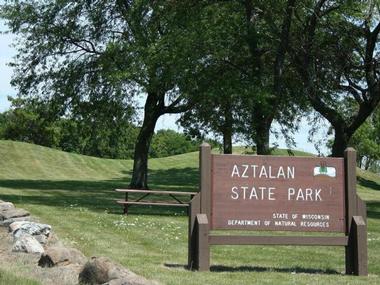 Aztalan State Park in the Town of Aztalan, Jefferson County, Wisconsin was established in 1952 and registered as a National Historic Landmark in 1964. The park covers 172 acres along the Crawfish River. Aztalan Park is best known as the site of an ancient Mississippian settlement that thrived in the period between the 10th and 13th century. The indigenous people built massive earthwork mounds, presumably for religious and political purposes. They were part of a culture that was widespread throughout the Mississippi River valley. They traded with other groups from the Great Lakes to the Gulf Coast, and into the southeast of the today’s United States. The most outstanding features of Aztalan culture are the pyramid-shaped mounds with flat tops and the stockades that probably served both ceremonial and defensive purpose. 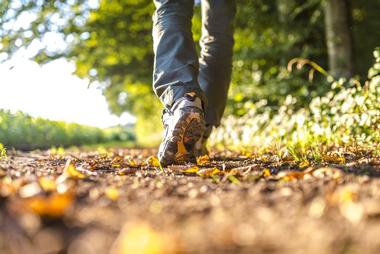 The Glacial Drumlin State Trail is a rail trail in the Midwestern United States stretching for 52 miles from Waukesha, Wisconsin to Cottage Grove, Wisconsin. The trail runs through or near the cities of Cottage Grove, Deerfield, Lake Mills, Jefferson, London, Helenville, Sullivan, Dousman, Wales, and Waukesha. It crosses the Rock Lake In Lake Mills on one of its old railroad bridges. The trail, which was opened in 1986, follows the old Chicago and North Western Railway track. The first 13 miles of the trail is paved with asphalt. The remaining 39 miles it is crushed limestone. There are multiple rest stations along the trail. The trail crosses sixteen wooden bridges, two of which are more than 300 feet long. The Big Muck Farm Bridge is about 880 feet long. The trail is used for biking and hiking in the summer and for cross-country skiing, snowshoe hiking and snowmobiling in the winter. 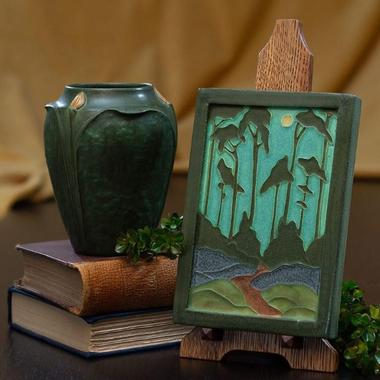 Ephraim Pottery is an art pottery company established in 1996 in Deerfield, Wisconsin, currently operating in Lake Mills, Wisconsin. The company makes art pottery collectively made by nine artists in the Arts and Crafts Movement tradition, with matte glazes over earthenware sculptures, in no more than 500 pieces per edition. Ephraim produces mostly vases, but also bowls, candleholders, lidded boxes, pitchers and lanterns. A recognizable Ephraim Faience piece is a vase finished in a matte green background color, embellished with decorative representations of plant or animal life. Each piece is marked with a date, the company logo and an artist signature. 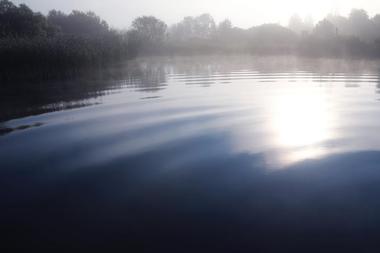 
Rock Lake is a 1365-acre lake located in south central Wisconsin, at Lake Mills, Jefferson County, Wisconsin about 20 miles from Madison. The lake’s maximum depth is 87 feet and is fairly clear. The lake is shaped as figure eight, with several distinct areas - Bean Lake State natural area, a protected marsh, the area often covered in tall aquatic vegetation that spreads out of the water and a sandy area where boats can anchor and swimming is possible. Visitors have access to the lake from several public boat landings and public beaches. The fishermen come to the lake for panfish, largemouth bass, smallmouth bass, northern pike and walleye. The Glacial Drumlin State Trail runs across an old rail road bridge across the southern portion of the lake. 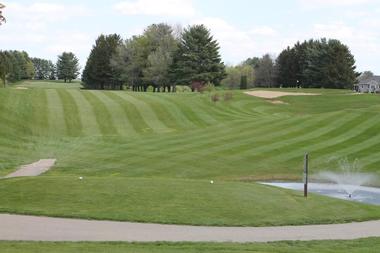 
Lake Mills Golf Club in Lake Mills, Wisconsin, opened in 1927, and is one of the oldest courses in the area. The original nine-hole course was shaped from softly rolling farmland. It eventually expanded to a full 18 holes. It has undergone other major renovations since, while managing to retain the traditional character of the original course. At just over 6,700 yards, the course has several holes favored by long hitters. The occasional water hazard as well as several strategically placed bunkers play their part as well. Mature trees line the fairways, forcing players to be accurate, but also providing shade. While the Lake Mills Golf Club offers a significant amount of challenges, beginners should not feel intimidated about approaching it, especially since it has four different sets of tees. The golf club has a popular restaurant Muligan’s at Lake Mills.

6 Best Things to Do in Lake Mills, WI

6 Best Things to Do in Ripon, WI