6 Best Things to Do in Moundsville, WV 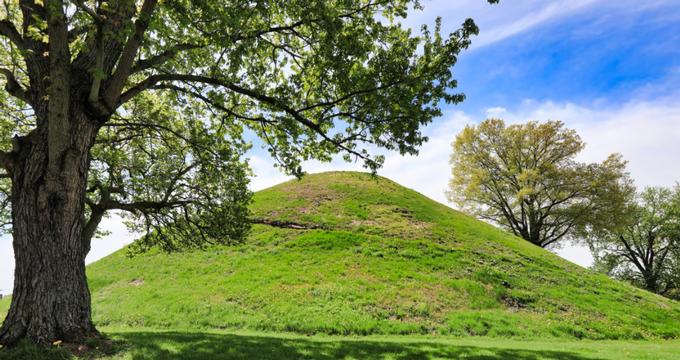 Moundsville is a city in Marshall County, West Virginia, on the Ohio River. It is part of the Wheeling metropolitan area. The city grew around the ancient 62 feet high Grave Creek Mound built by Adena culture. The West Virginia Penitentiary is a prison located in a magnificent, spooky gothic-style building, operating from 1876 to 1995. The Palace of Gold is a sparkling, lavishly decorated palace that was originally designed as a home for the founder of the International Society for Krishna Consciousness. Fostoria Glass Museum tells the story of the Fostoria Glass Company, founded in 1887, once the largest glass company in the country. 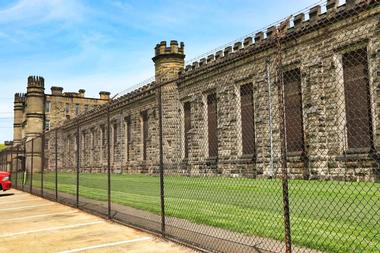 The West Virginia Penitentiary is a prison located in Moundsville, West Virginia, located in a magnificent, spooky gothic-style building. The prison operated from 1876 to 1995. The building is today open as a tourist attraction and training facility. The Penitentiary building has characteristic Gothic features such as castellated stone walls with turrets and battlements. The stone walls are five feet thick at the base, with five feet deep foundation. The first building constructed - the North Wagon Gate - was made with hand-cut sandstone from a local site. The state used prison labor for the construction. Besides the North Wagon Gate, there were north and south cellblock areas. South Hall had 224 cells and North Hall had a kitchen, dining area, hospital, and chapel. When it officially opened, the prison had 251 male inmates. Today there are tours for tourists and the Elizabethtown Festival is held on the prison grounds every May to remember historic Moundsville. 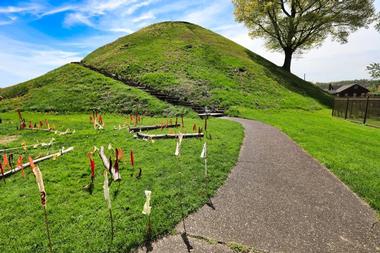 The Grave Creek Mound is a 62 feet high and 240 feet diameter conical mound located in the Ohio River Valley in West Virginia. It is one of the largest conical-type burial mounds in the United States. The builders of the site were members of the Adena culture. They constructed it in about 250–150 BC, moving more than 60,000 tons of dirt. Present-day town of Moundsville has grown around the mound near the banks of the Ohio River. The first recorded excavation of the mound was conducted by local amateurs Abelard Tomlinson and Thomas Biggs in took place in 1838. Delf Norona Museum was constructed at the site in 1978 . The museum protects and displays artifacts collected at the mound and interprets the ancient Adena Culture. 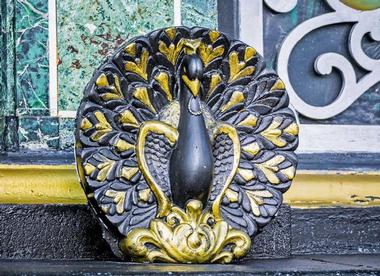 Only twenty minutes from Highway 70 near the town of Moundsville, West Virginia, on a secluded hilltop, stands a glittery palace straight out of a Bollywood production. The palace was originally designed as a home for the founder of the International Society for Krishna Consciousness. It is open for tourists who can take a guided tour and learn about the history of the community. The intricate marble work, stained glass, crystal chandeliers and lot of gold make the palace a popular spot to visit. In contrast, just behind the palace is a relaxing lotus pond surrounded by lush gardens. The Palace is a part of the greater New Vrindaban community that includes a vegetarian restaurant, lodging and guest cabins, gift shops and much more. The Radha Vrindaban Chandra Temple located next to the palace is a traditional Vedic temple with golden altars and a 40-foot high stained glass roof. 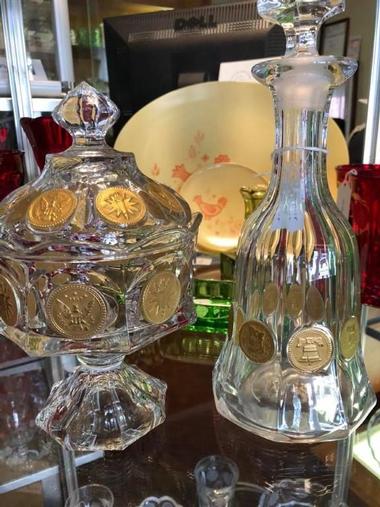 Founded in 1887, the Fostoria Glass Company moved to its Moundsville location in 1892 and became one of the "most prolific and versatile" producers of glass in US, employing more than 1000 people. They produced stemware, lamps, blown and etched pressed wares, crystal dinner services and more. They supplied American presidents with glass products with the official government seal. The factory closed in 1986 and the site has been demolished. The Fostoria Glass Society of America, Inc. a nonprofit corporation was formed to acquire and share detailed information about Fostoria Glass, and to establish and maintain a museum for housing and displaying Fostoria glass. The museum is located in a small private 1903 home purchased by Fosteria Glass to be made into a museum. The museum showcases a large collection of Fostoria Glass products. 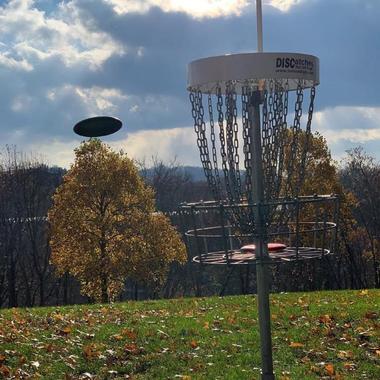 
The Disc Golf Farm is located in GrandVue Park in Moundsville, West Virginia. Open in 2009, the Disc Golf Farm has three disc golf courses: the Black Course, Yellow Course and White Course. The Black Course, the longest disc golf course in West Virginia, was designed by the former World Champion Johnny Sias. More than 9400 feet long and a par 71, the course covers hilly terrain, has awesome views of the park and is recommended for advanced players. The Yellow Course is geared towards families and beginers. The course is fairly open and short, mostly flat, with baskets ranging from 90’ to 150’. The White Course is also a Johnny Sias design. This course will challenge players of all skill levels with two tee-off areas for each basket. During Labor Day weekend, Disc Golf Farm hosts the Johnny Sias Championship that brings disc golfers from all over the country. 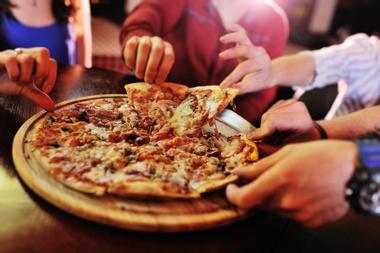 
Vocelli Pizza is an East Coast-based chain with approximately 2,000 employees and more than 100 stores serving pizzas, Italian sandwiches, salads. and more. Vocelli uses their signature pizza sauce that is fresh-packed, made from tomatoes that are brought from the farm fields of California and canned right away, with no preservatives. The dough is made from the best spring wheat and mixed with extra virgin olive oil. The 100 percent mozzarella is a fresh, not frozen, all natural and made in Wisconsin cheese. Besides pizzas, Vocelli’s sell famous Vocelli rolls, fresh salads, pastas, subs and more.

6 Best Things to Do in Moundsville, WV