9 Unique Things to Do in Seattle This Fall 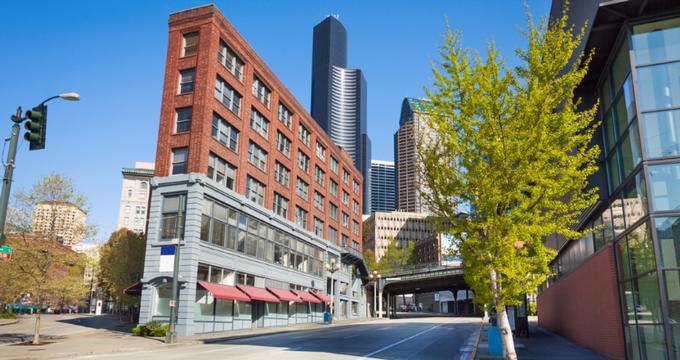 Seattle is known around the world as a mecca for culture, technology, and cuisine, home to unique museums such as the National Nordic Museum, which showcases the cultural traditions of 19th and 20th-century Nordic immigrants to the Pacific Northwest. Visitors looking for things to do this fall in the city can stop in at the unique Seattle Pinball Museum, which is home to more than 50 vintage playable pinball game machines, or explore the exhibits of the renowned Museum of Pop Culture, which features the world's largest collection of artifacts connected to the city's acclaimed rock and jazz music scenes. Award-winning restaurants abound, including upscale dining experience AQUA By El Gaucho or Cafe Flora, a pioneer of the Pacific Northwest's farm-to-table movement. 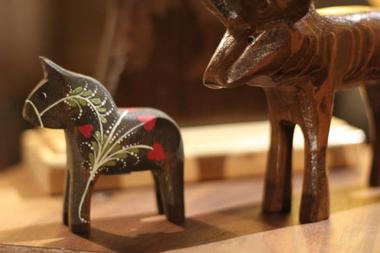 The National Nordic Museum is one of Seattle's most unique cultural attractions, originally founded in 1980 in the city's Ballard neighborhood. The museum, which moved to its current purpose-built location in 2018, is dedicated to the history of the Pacific Northwest's Nordic immigrants throughout the 19th and 20th centuries. It exhibits an impressive collection of Nordic cultural artifacts, including pieces from Finnish, Danish, Norwegian, Swedish, and Icelandic cultural groups in America. More than 15,000 books are showcased, along with a massive collection of audiovisual materials, musical scores, and periodicals highlighting traditional folk customs and art forms. Visitors can learn about Nordic folk dance forms, research oral histories, and view Viking-era artifacts such as stone axes, runes, and swords dating back more than four thousand years. Traditional Nordic cuisine is served up at the museum's restaurant, Freya, helmed by award-winning chef Brendan Arntz.

Westland Distillery is one of Seattle's most prestigious craft distilleries, opened in 2010 by master distiller Matt Hoffman. In 2015, the distillery received the renowned Whiskey of the Year award from the American Distilling Institute for its delicious craft liquor. It crafts a full slate of single-malt-style American rye and malt whiskeys, utilizing both traditional and avant-garde distilling approaches. Core drinks produced throughout the year by the distillery include its flagship American Oak whiskey, old-style Peated whiskey, and Sherry Wood, a reinterpretation of one of the world's most popular single-malt whiskeys. Visitors can enjoy spirits and tastings at the distillery's Cantilever Room, which serves up fine bar fare. 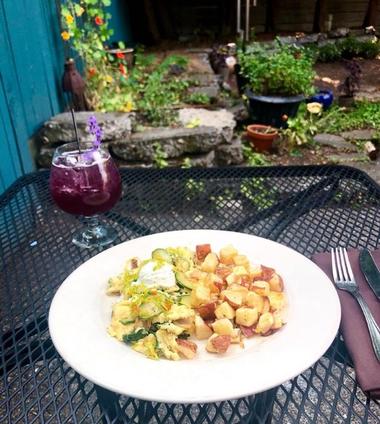 Cafe Flora is a unique dining destination housed within a former abandoned laundromat space, originally opened to the public in 1991. The restaurant has been at the forefront of Pacific Northwest sustainability dining for nearly two decades, known for its strong, direct relationships with local Washington farms and producers. Inventive vegetarian, vegan, and gluten-free cuisine is served up throughout the day, including selections like vegetarian Oaxaca tacos, portobello Wellington, summer panzanella, and Yakima Valley polenta cakes with grilled walla walla onions and roasted cherries. Italian-style black bean burgers are served with yam fries, topped with sun-dried tomato jam and basil pesto aioli. Diners can also enjoy creative vegetarian pizzas, topped with ingredients like squash blossoms and zucchini. 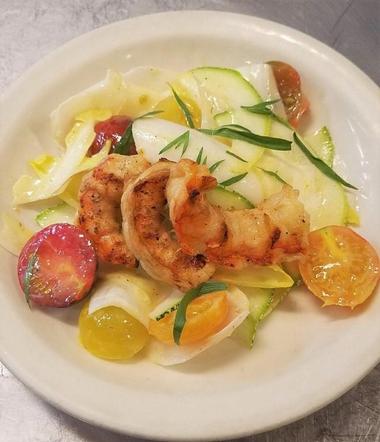 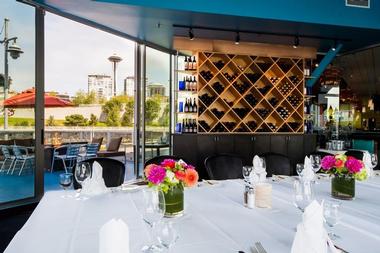 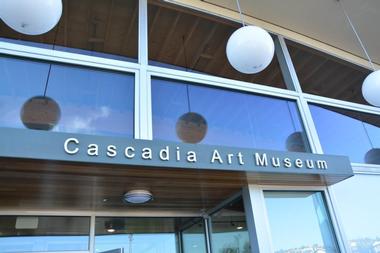 
The Cascadia Art Museum is a lovely art museum in Edmonds, opened to the public in 2015 along the banks of the gorgeous Puget Sound just outside Seattle. The museum focuses on the art of Pacific Northwest artists working between 1880 and 1962, showcasing a collection of more than 200 works in a variety of media. Its collections focus on influences from indigenous American and East Asian cultures, highlighting pieces that are related to local places and events throughout the 19th and 20th centuries. Five art galleries showcase permanent and temporary exhibitions, with most galleries rotating quarterly. Past exhibitions have highlighted works by artists such as Peggy Strong, Lance Wood Hart, Morris Graves, and Mark Tobey. 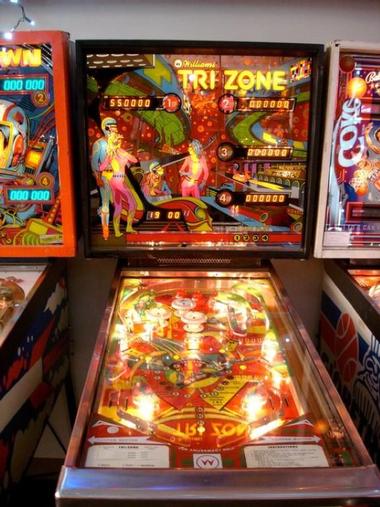 The Seattle Pinball Museum is one of Seattle's most unique pop culture attractions, opened to the public as a pop-up attraction in August of 2010. Today, the museum is housed at a permanent location and operates as both a cultural museum and entertainment center, letting guests play a variety of classic and modern pinball machines in a variety of styles. Vintage pinball machines are showcased as a form of kinetic art, with more than 50 games on display at any given time. Machine collections rotate regularly, but frequently feature classics dating as far back as the 1930s alongside modern creations from companies like Jersey Jack Pinball, VP Cabs, and Spooky Pinball. Unlimited admission tickets let guests ages seven and older play all day to their heart's content. A selection of vintage sodas is sold, along with local craft beers and ciders for adult visitors.

8.The Museum of Pop Culture 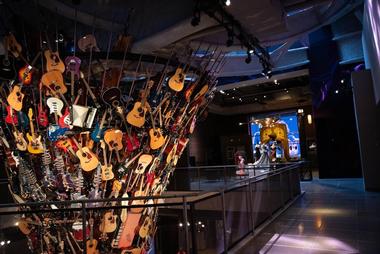 © The Museum of Pop Culture

The Museum of Pop Culture, commonly referred to as MoPOP, is a delightful nonprofit museum in Seattle that was originally founded in 2000 by Microsoft co-founder Paul Allen. The museum, which was founded as the Experience Music Project, showcases exhibits related to modern Western pop culture, spanning diverse categories such as fashion, music, sports, video games, science fiction, and horror. It is housed within a gorgeous 140,000-square-foot building designed by legendary architect Frank Gehry, showcasing a variety of interactive activity stations and educational resources. Collections include the world's largest artifact collection connected to Seattle musicians, including bands like Nirvana. Each year, the museum hosts annual special events such as the Science Fiction and Fantasy Short Film Festival and live music performances at its 800-seat concert venue Sky Church. 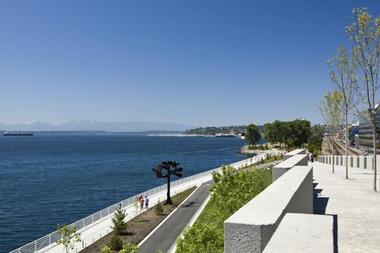 Olympic Sculpture Park is a delightful free-admission public sculpture park operated as part of the prestigious Seattle Art Museum. The park, which opened to the public in 2007, stretches for nine acres along Seattle's downtown seawall beachfront, located within beautiful Myrtle Edwards Park. It was designed to repurpose a former industrial region, landscape by Weiss/Manfredi Architects. Today, it is open to the public from dawn to dusk each day, showcasing a full lineup of permanent and temporary rotating exhibitions by internationally-acclaimed sculpture artists. Prominent works on display include Beverly Pepper's Persephone Unbound, Louise Bourgeois' Eye Benches I, II, and III, and Mark di Suvero's Bunyon's Chess. Free sculpture park tours are offered by the Seattle Art Museum at select times throughout the year.

9 Unique Things to Do in Seattle This Fall

21 Best Things to Do in Port Angeles, WA

11 Best Things to Do in Long Beach, WA

21 Best Things to Do on Bainbridge Island (Washington)