Things to Do in Seattle, WA: Pacific Science Center Museum 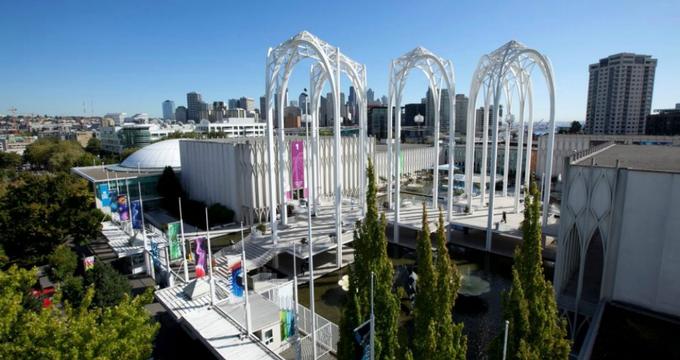 The Pacific Science Center is a towering site and resembles a standing water fountain that refuses to fall from its stagnant position. At night, the precast slabs light up as the arches illuminate with colors that light from purple to green. It was before it’s time, and during the 1960’s many of the exhibits were entwined with the internationally known ‘World Fair.’ The ‘Illusion ramp’ was a popular exhibition (1990’s) and the ‘Spacerium’ was an attempt to take you through space. They showed films like ‘Apollo 8’ (NASA) and geared a science program at young school children. The center was making its mark.

The Pacific Science Center, like most other museums, prioritizes the children highly and offer several programs that work for the schoolchildren. It is a non-profit organization. It has been through donations from visitors and backers of the museum that keeps the experience going.

The Pacific Science Center offers camps based in Seattle, Mountlake, Shoreline, Bellevue, Redmond and Medina that use the ‘Summer Camp’ rating. The curious young minds that wish to begin their scientific journey can find their place here. There are plenty more on offer for the teenage minds that wander through their doors wanting to participate in some other type of program. The program system set up for the teenagers almost works like a leverage; gaining a rapport with the growing minds that wish to hop on board and gain some life experience. The organization offers the voluntary experience (Discovery Corps) to be around 100 hours of service, then, the chance to work for the museum is probable. It hands them the exposure to other skills such as, Math’s, Technology and obviously, Science. It is a funded program via multiple donations that has been received highly by the museum. The field trip and home school opportunities are also developed solely to engage the children with science.

The museum’s inclusion of the community is like a portal to those who wish to connect with them. The ‘Science on Wheels’ works like an event plan that connect people through workshops, planetariums, exhibit sets and math’s shows, while the ‘Portal to The Public Network’ works as an online community to gather people around who wish to discuss ‘Science’ with their local scientist. It’s the connectivity method that has connected thousands of people online; emailing and keeping them up-to-date with the science that they so rightly love. The ‘Science Uncorked’ is like the fine wine to a scientific mind. The program is aimed at 21+ and it mixes the love of science and unlimited wine tasting into one. 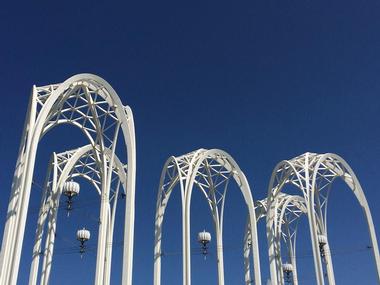 Conan Doyle, author of Sherlock Holmes would be glad to know that his fictional private detective was once an international exhibit at the Pacific Science Center being named, ‘The International Exhibition of Sherlock Holmes.’ Benedict referred to himself in the series as a consulting detective to the police. The event connected many to the mysteries and techniques of the man who changed the police force forever. The permanent exhibitions, like ‘Body Works’ and ‘Just for Tots’, are an interactive procedure bringing fun to the science floors. The ‘Terracotta Warriors' is being counted down and included past and present exhibitions. It looks at the first emperor and some of the priceless artefacts that were found, including the Qin Dynasty that was advanced in their technological abilities. It is an immense discover for the museum.

Health is of importance to scientists, who look to the world’s wellbeing and personal health choices. The museum highlights ‘Professor Wellbody’s Academy of Health and Wellness’ as a familiar chance to see if the choices made are the right ones. The Professor looks at diet, exercise, hygiene and other activities to locate personal choices that are affecting your health and much can be learned from that. The ‘Laser Dome’ is a must see! There is an admission price but it is simply something that should be experienced by all who visit.

Back to: Fun Things to Do in Seattle, Washington


Things to Do in Seattle, WA: Pacific Science Center Museum