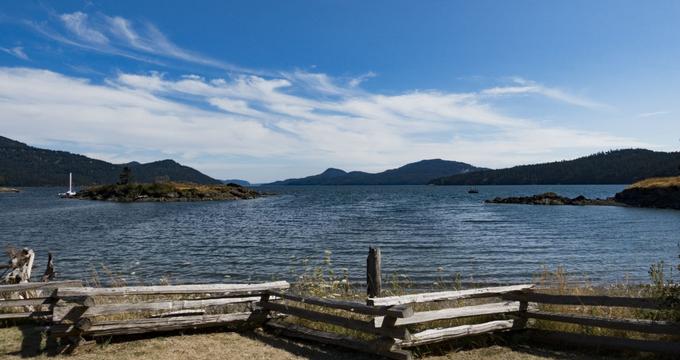 With a population of 3,776, Eastsound, WA is the most populated city on Orcas Island. Orcas Island is the largest in all the San Juan islands, making this a great destination for vacationing and visiting all the local islands. The heart of the city, the village, is a walkable are full of shops, museums, and cafes. Those who desire to camp at one of the many campgrounds available across the San Juan Islands should plan ahead, as this city is popular for tourists and whale-watchers. 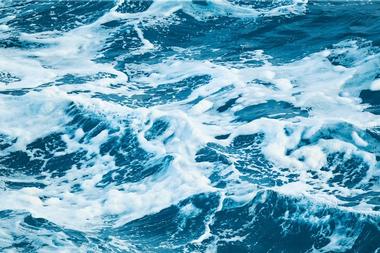 Washington state is home to a thriving outdoor ecosystem. Many parks can be found throughout Eastsound, and Sucia Island State Park can only be accessed by boat. This park is 814 acres and offers plenty of space on land for camping and hiking. Because this is one of the smaller of the San Juan Islands, it has remained mostly untouched. In 2012, an 80-million-year-old femur from a meat-eating, 2-legged dinosaur was found. Though this was excavated by paleontologists, there are strict restrictions for fossil collecting. Diving can be done in the clear waters, but a recreational license is required for anyone who wants to fish or harvest shellfish. 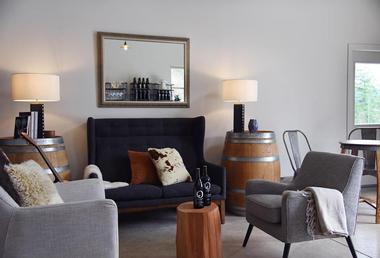 Orca Island Winery has recently been purchased by Wesley and Tera Landman. The winery was originally established in 2011 as the first winery on the Orcas Island. This small winery makes up for the lack of wine choices with a charming atmosphere and boutique-style experience. Visitors to the winery can sit in the farmhouse-style tasting room and sample the five wines currently on the sampling menu. Picnic blankets and food are available for those wanting to picnic and enjoy wine somewhere on the 16 acres of land. With breathtaking views, special events, like Imbibe & Paint, is the perfect setting to make the day memorable. 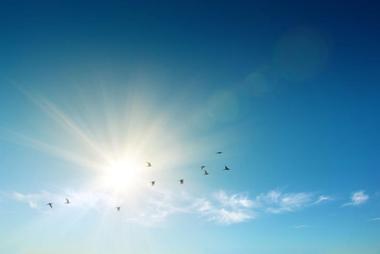 This 188-acre park is only accessible by boat. There are over 25,000 feet of shoreline for visitors to hike and take in the picturesque views. Those who want to camp can choose from one of the twenty-four campsites on the island. These are on a first-come-first-serve basis, though those who want more than one site at a time can call to reserve multiple sites. Boating moors and hiking trails are found around the island. For those who wish to picnic or camp, there is no garbage removal on the island, so there is a pack-in-take-out policy. 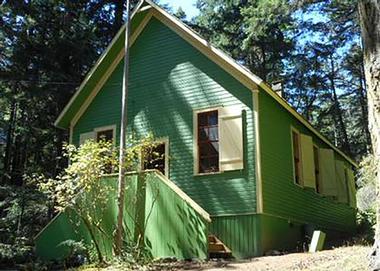 
Built in 1888, a year before Washington became part of the U.S., the Crow Valley School was built. Since its use up through 1918, the school has changed its purpose several times and become a museum for visitors to Eastsound. During its use, school years were only 63-days long, less than half the requirement for today’s students. In 1987, Richard Schneider and Bud McBride restored the schoolhouse to its former beauty. Today, it is one of the only single-room schoolhouses still standing in Washington. For those looking to be a long-term visitor, volunteer opportunities as a docent, gardener, office worker, or one-time event worker are available. 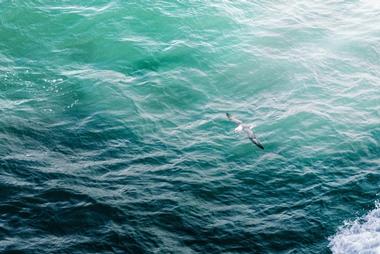 
Another island that can only be accessed by boat, Matia Island Marine State Park is home to dense foliage and black licorice slugs. The 20,000+ feet of shoreline on Matia Island overlooks the Strait of Georgia. This Island, though it offers campgrounds, is unique since the rest of the island is restricted for conservation. Those who do visit the open beaches or campgrounds can saltwater fish, dive, boat, or go crabbing or clamming. This island has strict guidelines for gas stove usage and bringing things in and out of the park. Open fires and pets are not permitted anywhere on the island, even in campgrounds. 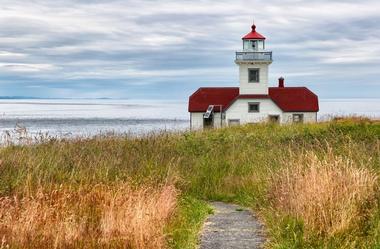 Patos Island is the northernmost of all the San Juan islands. Similar to other islands in the chain, this island has a pack-in-take-out policy for food and garbage. Though there is no drinkable water on the island, guests may bring some in for usage. There are only seven camping sites on the island, and a group campsite is often used by the volunteers who maintain the island’s lighthouse. Since these are first-come-first-serve, it’s important that visitors plan accordingly. With proper recreational licenses, visitors can go fishing or shellfish harvesting. Lighthouse tours are available most weekends during the warmer months. 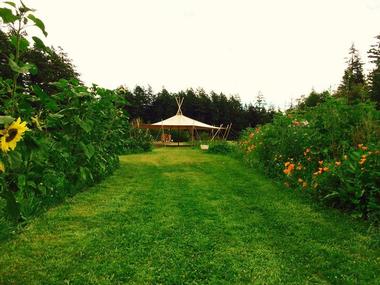 Since it’s purchase in 2002, the mission of Orcasong Farm has been to nourish the earth, both through growing plants and educating people. Over the years, the farm has expanded to offer many unique areas, like a children’s sensory garden and lavender distiller. The farm grows a wide variety of produce and herbs (including whole lavender fields). Visitors can watch bees as they produce honey in one of the onsite bee houses. For those who want to stay the night, houses, canvas tents, campsites, and a yurt are available for rent. Pop up farm-to-table meals and wellness retreats can also be found on the calendar throughout the year. 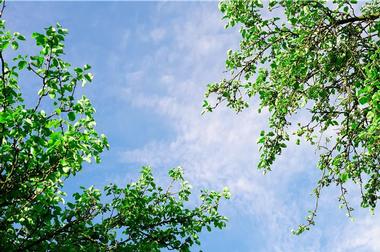 As one of the Cascadia Marine Trail campgrounds, visitors can access this island only by boat. However, motorboats of any kind are not permitted by campers. Those who do bring motored boats are welcome to stay on the island through the day. Camping is limited, as there are only two sites, but both offer breathtaking views of Shaw and Orcas Islands. The major activities for this area are boating and crabbing. With the appropriate recreational license, guests can look for crabs in Blind Bay. Because the weather is temperate, the park is open year-round.

9.The Inn at Ship Bay 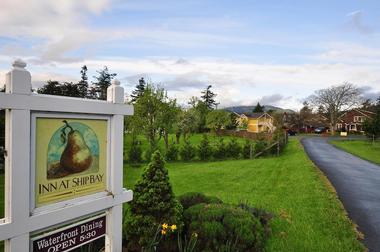 © The Inn at Ship Bay

The Inn at Ship Bay offers spectacular views overlooking the bluff and Ship Bay. This Inn has 11 rooms, including a suite and a handicap-accessible room. All rooms advertise a balcony overlooking the water. For those who want to dine in the restaurant, the farm-to-table dining experience leaves patrons satisfied and inspired. All food is made in-house using fresh local ingredients. The bread is an exceptional treat; it is used with a 100-year-old sourdough starter. Seafood is by far the star on the menu, as the chef creates seasonal dishes featuring scallops, oysters, and clams. Many dishes include plums, apples, and pears from the onsite orchards. 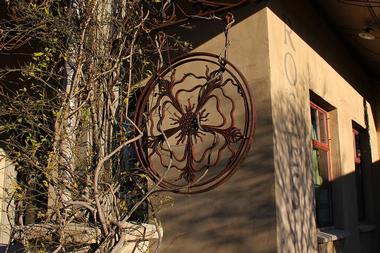 Established as a café in 1991, a shop and bakery were added to Roses Bakery Café in 1995. Eventually, the owners, Joni and John Trumbull, moved the restaurant and store to an old firehouse. Today, the bakery and store provide several sweets, deli products, and wines. Those interested can purchase some of the homemade goodies, such as pie, tapenade, or hummus. In the café, patrons can choose soups, salads, sandwiches, thin crust pizzas, or entrees from the seasonal menus. Desserts are available and use locally grown ingredients in the recipes. Wine can be purchased to have with your meal for a small corkage fee. 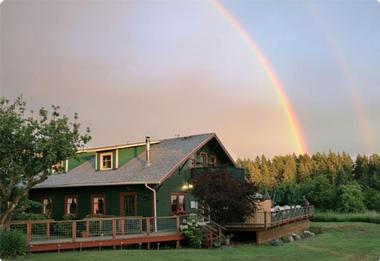 Originally a camp for apple pickers, the Deer Harbor Inn Restaurant has changed hands over the years to become a destination that features seasonal produce, fresh seafood, and, of course, fantastic hospitality. Serval cottage and room options are available, depending on your traveling needs. Many overlook the harbor and have porches with hot tubs. The Cayou Cottage is used for a spa, where a massage therapist can work with you to find a massage treatment that fits your needs. All entrees in the restaurant come with complimentary soups and salad to round out the dining experience. 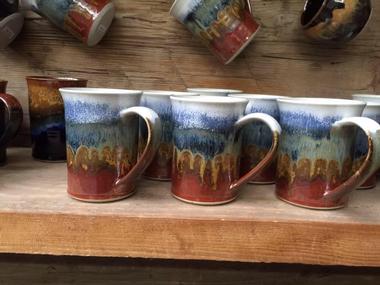 The history of Orcas Island Pottery is as rich as the pottery found on site today. Originally pulling clay right from the earth to spin, a local farmer traded the showroom for four plates and four bowls. Today’s potters style dinnerware to accessorize with any kitchen design. Not only can patrons purchase dining sets and mugs, but they can also pick up butter dishes, sponge holders, spoon rests, canisters, and more. Regular and visiting potters create fantastic home décor and unique pieces (anybody looking for a ceramic chess board set?) available in the showroom. Brides can also sign up for the wedding registry.

8 Best Things to Do in Aberdeen, WA