Best Things to Do in Virginia: Showalter’s Orchard and Greenhouse 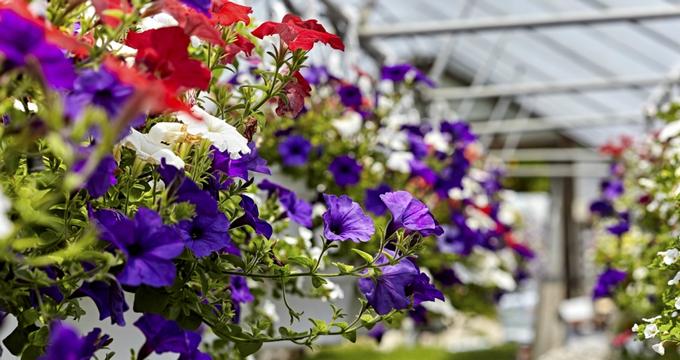 Located in Timberville, Virginia, Showalter’s Orchard and Greenhouse is home to apple orchards harvesting 26 varieties of apples, produces cold and hard cider varieties, and offers a seasonal greenhouse and market facility. The apple orchard that is now operated as Showalter’s Orchard and Greenhouse has been operated since at least the turn of the 20th century, with a grading shed facility constructed on the property sometime in the late 1920s or early 1930s.

Prior to the development of Showalter’s Orchard and Greenhouse, the orchard’s apples were exclusively sold for processing, but in 1965, the Showalter family purchased the apple orchard from original owner Dave Propst and converted the facility into a fresh produce market and distribution center. The facility’s hydraulic press was installed in 1975, which allowed the Showalters to begin production of more than 40,000 gallons of fresh apple juices and ciders annually. Greenhouses were also added to the facility in the 1970s to supplement seasonal business income with the cultivation of annuals, perennials, and vegetable crops for sale throughout the spring and summer seasons. In 2002, the business was taken over by Shannon Showalter, who developed the facility into a regionally-known hard cider producer, beginning sales of more than 26 varieties of cider in 2012.

Today, Showalter’s Orchard and Greenhouse is operated as a public orchard, greenhouse, and cidery facility, offering a variety of market-sold produce and goods. More than 25 varieties of apples are grown on site at the orchards, as well as numerous types of peaches and vegetables. The orchard’s harvesting season begins in early August and ends in late October, with varieties of apples available for picking and sale dependent on seasonal availability. Common apple varieties sold include McIntosh, Fuji, gala, red and golden delicious, honeycrisp, and pink lady apples. Specialty, high-quality, and international apple varieties are also harvested seasonally, including Arkansas black, Dabinett, Esopus Spitzenburg, ginger gold, Grimes golden, stayman, and summer rambo apples. Visitors may inquire about apple variety availability by calling or emailing the orchard directly or visiting the orchard’s website for harvest calendar information.

Apple picking is priced by volume, with half-peck, peck, half-bushel, and bushel measured bags available for picking. Visitors may stroll through the facility’s grounds and orchards and pick their own apples or purchase already-picked batches. A Farm Store is offered on site at the orchard, along with picnic facilities on the orchard’s grounds for visitor use and family gathering. Visitors may bring their own packed picnic lunches to the facility as part of apple-picking excursions. In addition to pre-picked apples, the facility’s farm store offers a variety of homemade jams, jellies, fruit butters, salsas, and syrups, along with gifts, apparel, and souvenirs from local artisans including White Oak Lavender Farm. Items sold at the farm store are also listed on the orchard’s website, and shipping availability may be inquired about by contacting the orchard directly via phone or email.

The facility’s Greenhouse sells a variety of flowers and vegetables, including annuals, perennials, spring bedding plants, and hanging baskets. Flower varieties for sale include begonias, geraniums, impatiens, marigolds, petunias, and snapdragons, along with autumn varieties of mums. A wide variety of vegetables are also grown and sold at the facility, including lettuces, peppers, tomatoes, eggplant, squash, pumpkins, and cucumbers. Watermelon, cantaloupe, and herbs are also offered seasonally.

Old Hill Cider, the Shenandoah Valley’s first hard cidery, offers gluten-free artisanal hard cider varieties made from 100% apple juice. A tasting room is offered for adult visitors, featuring samplings and purchases by the glass of the cidery’s popular varieties, including Yesteryear, Betwixt, Heritage, Season’s Finish, and Cidermaker’s Barrel. Cider may be purchased by the bottle at the tasting room or at the facility’s farm store. Fresh apple juice and seasonal cold cider is also produced at the orchard, with onsite sales and regional distribution offered.