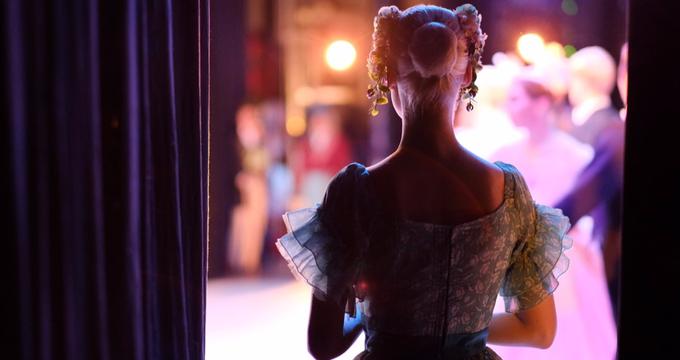 Movies and TV shows can be wonderful to watch from the comfort of your own home or on the big screens of a movie theater, but there’s nothing quite like seeing live actors performing right there on the stage in front of you. Theater is one of the oldest and most beloved forms of entertainment, dating back thousands of years to the days of ancient Greece and Rome.

Now, even in a modern world that seems obsessed with technology, gadgets, and gizmos, there’s still something special and irreplaceable about stepping into a theater, taking one’s seat alongside like-minded performance art enthusiasts, and watching talented actors bring a story and characters to life in a truly organic and dynamic way.

One of the most wonderful things about the theater is that every performance, despite following a script and being repeated countless times, truly feels unique. Unfortunately, many cities all around the world miss out on the top theatrical performances and productions. We’re all familiar with Broadway in New York and the West End of London, but what about all of the other cities out there?

Well, many smaller cities do still have historic theaters of their own and local arts communities and groups working tirelessly to bring the big shows to life. For those living in Richmond, Virginia, the incredible efforts of the Broadway in Richmond team are helping to bring Broadway-style performances and production values to the capital of the Commonwealth.

As one of the oldest and most historically significant cities in the entire United States, first settled way back in the early 1600s and playing a key role in the Revolutionary War and Civil War, Richmond is a key cultural hub for the Commonwealth of Virginia, with a lot of history and heritage behind it.

- The Best Shows - Broadway in Richmond lives up to its name by bringing the very best Broadway shows to theaters in Richmond. This is the only way to see iconic shows like Cats, Wicked, and Fiddler on the Roof, as well as more recent Broadway additions like Roald Dahl's Charlie and the Chocolate Factory and The Play That Goes Wrong. Broadway in Richmond really aims to bring the best of Broadway to the capital city of Virginia, letting you enjoy those same standards of quality you’d expect in NYC.

- A Wide Variety - The variety of shows on offer through Broadway in Richmond is a big selling point of these theater subscription packages. Those looking for something to make them laugh will be rolling in the aisles at the hilarious antics and silly mistakes featured throughout The Play That Goes Wrong, for example, while those in search of something a little more dramatic and thought-provoking will find a lot to love in shows like Hamilton.

- Historic Venues - The venues for the Broadway in Richmond theater shows are chosen to really provide the perfect stage and setting to create that classic Broadway experience for Richmond theater-goers. For the 2019 season, the Altria Theater, once known as the Landmark Theater and first opened back in 1927, was chosen.

- Broadway Quality - In order to really guarantee the Broadway vibe and experience in each and every show, Broadway in Richmond performances are produced by Jam Theatricals, a Chicago-based entertainment company that has won multiple Tony awards over the years and produced dozens of shows both on Broadway and elsewhere around the country. Every aspect of the performance and production for these shows is designed to meet the highest possible standards.

Broadway in Richmond is bringing the best of Broadway to the city of Richmond, allowing residents and visitors alike to experience those distinctive Broadway shows and performances without having to travel all the way to New York City.

You can sign up for a subscription at any time for both matinee and evening performances of leading Broadway shows like Cats, Hamilton, Wicked, and The Play That Goes Wrong. Both Prime and Non-Prime subscription packages are available, with various prices to suit all budgets and needs. Sign up today to enjoy the best theater shows in Richmond, VA. website

12 Best Things to Do in Lexington, VA

Where to Stay near Shenandoah National Park