10 Best Things to Do in Martinsville, Virginia 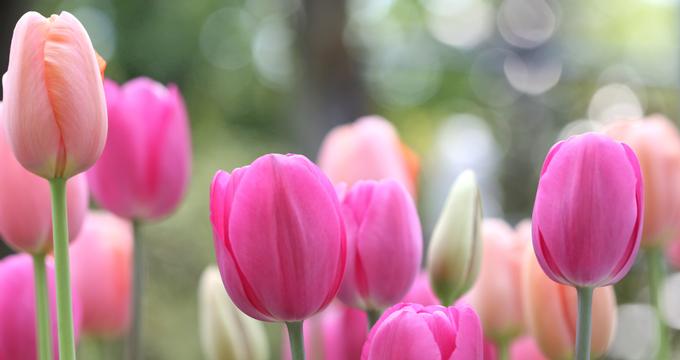 Martinsville is located in Southern Virginia near the foothills of the Blue Ridge Mountains. Although this town is well-known for NASCAR racing, it’s also a place to visit because of the outdoor recreation, culture and the arts, and southern cooking. Adventurers can take a kayak down the Smith River, organize a fishing trip, or walk along nature trails. Those interested in humanities can visit art centers, multi-cultural museums, and other historical landmarks. And of course, there are delicious eats spread around town to satisfy a myriad of cravings. 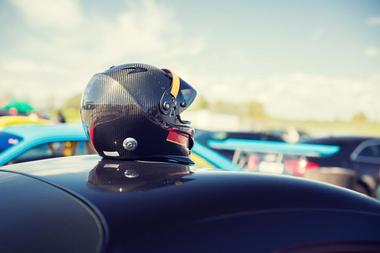 Martinsville Speedway was founded in 1947 by H. Clay Earles. The small track measures 0.526 miles in length and features tight corners and a shape that’s often compared to a paper clip. Capacity for the Speedway ranges from 44,000 and 65,000 spectators, depending on how the stands get configured. This compact track helps fans feel closer to the action. Since 1949, Martinsville Speedway has been the annual host of Monster Energy NASCAR Cup Series. And they host other major races like the STP 500, the TruNorth Global 250 NASCAR Truck Series race, and the ValleyStar Credit Union 300.

-- You are reading "10 Best Things to Do in Martinsville, Virginia" Back to Top 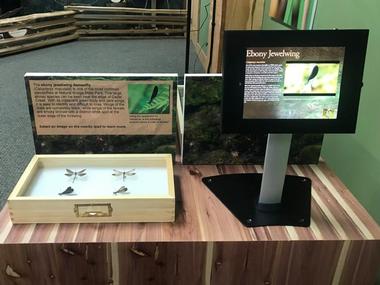 The Virginia Museum of Natural History is not only a museum with exquisite exhibits, but it’s also a museum known for conducting significant historical research. Not only that, but they showcase valuable art collections, and lead educational programs. There are over 10 million cataloged items at the museum, some of which have earned prestigious national awards. Besides the permanent items on display, temporary exhibits grace the museum as well. One of the most popular temporary exhibits was based on the lives of Dinosaurs and was called Reign of the Giants. Finally, the educational programs are offered on-site and online for students and the public.

-- You are reading "10 Best Things to Do in Martinsville, Virginia" Back to Top

Piedmont Arts, or Piedmont Arts Association, was founded by community artists during 1961. Throughout the past few decades, this art museum underwent a few renovations and expansions. In 1995 the arts center raised enough money for a performance hall, classroom, and additional gallery space. These additions were constructed over the years and later opened to the public in April of 1998. Just six years later, in 2004, the museum received accreditation by the American Alliance of Museums. Besides a museum, Piedmont Arts is also an educational outreach center. They offer outreach programs to local schools so students can experience musical performances, artistic workshops, and plays.

, OH -- You are reading "10 Best Things to Do in Martinsville, Virginia" Back to Top

Smith River Outfitter is a company that specializes in fishing or paddling excursions along the Smith River in Martinsville. Customers have a choice of renting a kayak or canoe and paddling along the river. Or they can hire an expert river guide to come along on the trip. Other options include taking a guided fishing trip or a casual float down the river. Smith River Outfitter is more than a tour guide company, they also help protect and preserve the river. And they educate interested visitors on the importance of conversation efforts of their beloved river.

-- You are reading "Fun Things to Do in Martinsville, Virginia this Weekend with Friends" Back to Top


Beaver Creek Plantation has been part of Martinsville’s history for more than 240 years. In 1776, George Hairston, a native of Scotland, built the first home on the plantation, which covers more than thirty-thousand acres. Several decades later, the home burned down and was later rebuilt by Marshall Hairston, son of George Hairston. For most of Beaver Creek’s history, it was a slave run tobacco plantation. And it was the place where many slaves were sold to slave-owners of the deep South. Now the plantation is the property of Bank Services of Virginia and is occasionally open for public visits.

-- You are reading "What to Do in Martinsville, Virginia this Weekend" Back to Top


Movie Town Theatre is a five-plex theater with one small theater and four larger theaters. The small theater has enough seating for 122 patrons and the large theaters can accommodate over 200 guests. Henry Wall was the inspiration behind this theater back in 1984. Since opening its doors 35 years ago, this hometown theater has made some upgrades. These improvements include comfortable seats, a bigger concession area, and digital equipment capable of projecting 2D and 3D movies. Today this theater draws many excited movie-goers who crave a more intimate movie-watching experience on the big screen.

-- You are reading "Top Romantic Tourist Attractions in Martinsville, Virginia" Back to Top

FAHI is a grassroots organization known as the Fayette Area Historical Initiative. This organization came into existence with the purpose of celebrating the history of the Fayette Street Corridor. In particular, they place an emphasis on preserving and celebrating black history. The FAHI teamed up with the Virginia Foundation for the Humanities (VFH) to demonstrate how art, music, literature, culture, etc. can contribute to the development and redevelopment of a community. Together, these two organizations received two-years of grants to continue with such efforts. The FAHI Museum and Multi-Cultural Center has several historical items on display for visitors to learn about.

-- You are reading "What is There to Do with Kids in Martinsville, Virginia" Back to Top

The founders of Checkered Pig BBQ & Ribs are Tommy and Lisa Houston. Many years before opening their restaurant, Tommy entered a 14-hour Bar-B-Q cookoff. His food received raving reviews and he soon became an award-winning Bar-B-Q master. He married Lisa in 1992 and together they ran a catering business. Five years later in 1997, they opened up their first Checkered Pig BBQ & Ribs restaurant. That same year, they became the official caterer for the Martinsville Speedway. Over the years, Tommy perfected his craft and sought out ways to continually improve. Besides running one of the most popular restaurants in southern Virginia, he also develops patented rubs and sauces.

3rd Bay Cafe is a full-service restaurant owned by a Martinsville family. The original building where the restaurant now resides was a service station. Once purchased, the building was renovated and transformed into what it is today. An upscale, yet friendly atmosphere, 3rd Bay Cafe offers guests a lovely dining experience. Guests are made to feel at home here and are treated as such. Local artwork adorns the walls and many of the pieces are available for sale. The cafe is open for lunch and dinner service and the menu items are made with local, fresh ingredients. They also cater, host wedding parties, and private events.

, Michigan beaches -- "Best Things to Do in Martinsville, Virginia for Locals & Tourists - Restaurants, Hotels" Back to Top 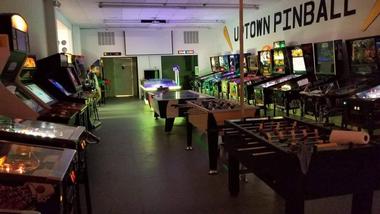 If you are an ardent pin-ball or gaming enthusiast, Uptown Pinball is the place to be. This large family-friendly entertainment center offers no less than 150 games to choose from. Everyone has to purchase a wrist-band to enter; it costs just $15 and entitles its wearer to play as many games as you like for the whole day. You can even leave for lunch and come back later to continue playing. The main games hall is chock-full of pinball machines, air-hockey games, shooters, racers, skee-ball and pool games, as well as all the classic arcade games you love. The upstairs lounge area is reserved for PS4’s and Xbox One gamers.

10 Best Things to Do in Martinsville, Virginia

You are reading "10 Best Things to Do in Martinsville, Virginia " Back to Top

15 Best Things to Do in Lexington, Virginia

25 Fun Kid-Friendly Things to Do in West Virginia