Best Things to Do in Vermont: Shelburne Museum 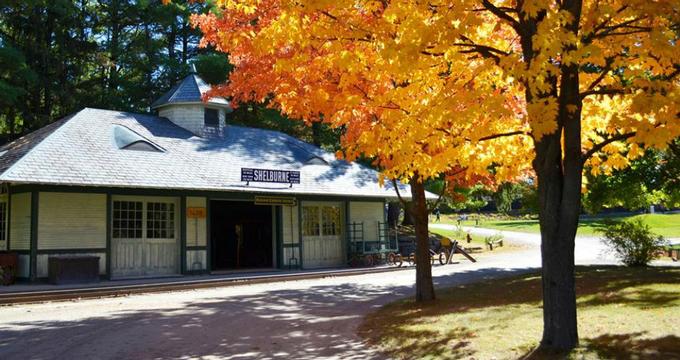 The Shelburne Museum in Vermont is comprised of 39 structures spread out over 45 acres of gardens and lawns. The buildings are Historic New England style and full of fascinating and whimsical exhibits ranging from American folk art to circus animals and dolls. 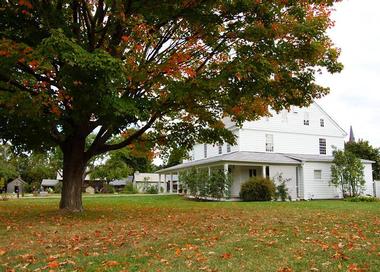 Shelburne Museum, located in Shelburne Vermont, was founded by Electra Webb in 1947. The endeavor started out as her personal collection of antiques that she stored in her homes in New York and Vermont, and the family’s horse drawn carriages.

Webb traveled the New England countryside locating historic building, purchasing them, and having them relocated to the museum grounds. Among these buildings were homes, barns, a meeting house, an old school house, a lighthouse, steam boat, bridge, store, and even a jail. Webb envisioned filling these buildings with extensive and varied collections. Shelburne Museum became a village of collections. The museum also offers special exhibitions, events and educational programming. 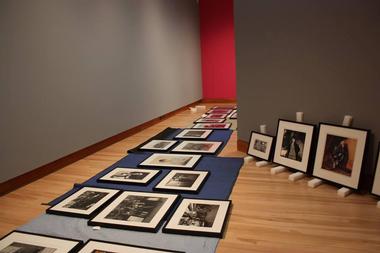 The Shelburne Museum is a village of museums that spans a 45 acre campus. Seeing every one of the 39 buildings and every exhibit in one day is nearly impossible. Over half of the buildings on the campus were relocated to the property and are examples of historic New England Architecture and are a sight to see unto themselves.

Founder Electra Webb wanted the Shelburne Museum to be a “Collection of Collections” and the museum has amassed over 100,000 holdings in its permanent collection. The collection is divided into 10 categories:

· Circus- A popular exhibit featuring hand carved wooden circus parade over 500 feet long comprised of 4,000 figurines depicting circus performers. There are also over 500 circus posters in the collection and photographs from the mid-20th century circus era.

· Decorative Arts- American decorative arts and an extensive furniture collection can be found throughout 6 of the structures on the campus including an entire suite of furniture made by Louis Comfort Tiffany from 1892.

· Decoys- An unrivaled collection of 1,400 wildfowl decoys that includes more than 400 from Joel Barber who was the first to identify decoys as an artform. This collection is in the Dorset House.

· Impressionist Paintings- located only in the Electra Havemeyer Webb Memorial Building, this is where visitors can see French Impressionist paintings by masters such as Claude Monet, Edouard Manet, and Mary Cassatt.

· Textiles- Quilts are exhibited as works of art alongside woven coverlets, rugs, and printed fabrics from the 1700’s to present day. Textile work can be found in the Printing Shop and Weaving Shop along with the Prentis House and Hat Gallery.

· Toys, Doll Houses, and Automata- The Variety Unit is where visitors will find this collection that fills the entire second floor of this house. Dolls from Europe and America, 19th and 20th century handmade doll houses, and large mechanical toys can be found here. Vintage toys are located in the Toy Shop.

· Vermont Firearms- This collection is housed in the Beach Gallery and Lodge. Guns from the earliest known gun maker in Vernot John Hills, can be seen here, as well as military guns from several American wars and foreign wars. 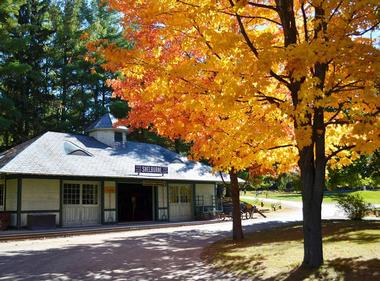 The Shelburne Museum is committed to offering many opportunities for adults and families throughout the year through a variety of activities such as special exhibitions that change throughout the year, gallery talks, art activities and workshops, lecture series, and school programs. There are classes offered for adults in a variety of artistic mediums and summer camps for kids that are offered annually.

There are also special activities on Saturdays that are fun for the whole family but specifically geared towards kids. Each family day will be themed and have a special art activity. These are outlined in detail on the Shelburne Museum website. In depth tours are also offered daily for specific exhibits. Days and times are featured online and are subject to change.

There are several programs suitable for grades k-12 and beyond at Shelburne Museum. Educators can work with museum staff to tailor guided workshops, or schools may take self-guided tours, or create a custom designed program. There are even professional development programs for educators.

Back to: Best Things to Do in Vermont

Best Things to Do in Vermont: Shelburne Museum

16 Best Things to Do in Middlebury, VT