9 Best Things to Do in Jeffersonville, Vermont 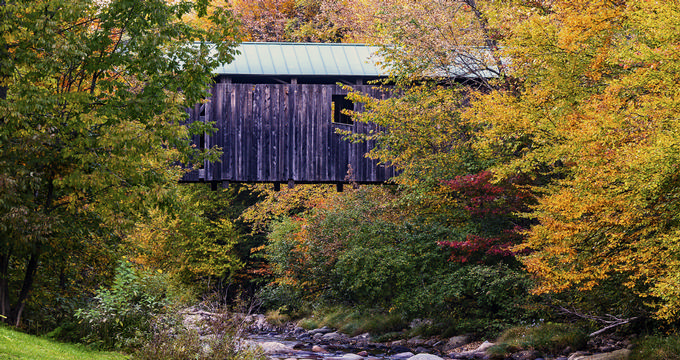 Jeffersonville is a small village in the town of Cambridge, Vermont and is located at the base of the Smuggler’s Notch ski resort. Considered one of the top 25 foliage towns in Vermont, Jeffersonville is sometimes overshadowed by nearby Burlington or Stowe. With a population of just under 800, and covering an area of under 1 square mile, it’s indeed a small, quaint New England town. The scenic village is flanked by the Brewster and Lamoille Rivers and is a popular spot for outdoor recreation of all types. CDC information for travelers. Hours/availability may have changed.

Smuggler’s Notch is a family vacation resort in Vermont offering summertime outdoor adventures like hiking, canoeing and kayaking. Llama treks a country fair and disk golf round out popular summertime outdoor activities while yoga, fitness classes and live entertainment take place indoors. During the winter, the mountain is home to one of Vermont’s most loved ski resorts, with indoor fun zones for children and tubing. The resort offers condominium lodging ranging in size from a studio to 4-bedrooms. Five different communities are located throughout the resort, some offering childcare. Supervised children’s activities are offered year round, allowing parents to enjoy the outdoors on their own.

The Smuggler’s Notch Distillery in Jefferson, Vermont is owned by a father and son partnership and produces award-winning small batch spirits. Among the items on the menu are a gluten-free organic vodka made from corn and Vermont spring water, and a maple rum, finished in a 100% pure maple syrup bourbon barrel. The distillery also makes two varieties of gin, bourbon, wheat and rye whiskey. The tasting room in Jeffersonville is one of three in the state, and offers tastes of each of the distillery’s spirits, along side merchandise and gifts. Smuggler’s Notch was originally a smuggling route through which liquor traversed the Vermont mountains during trade embargos and prohibition, the business moved to the 10-acre site in Jeffersonville in 2019.

You are reading "9 Best Things to Do in Jeffersonville, Vermont" Back to Top

Jeffersonville, Vermont’s Bert’s Boats was founded in 2005 when founder Ken Roberts purchased Smugglers' Notch Canoe and Kayak Tours, Vermont’s oldest outdoor adventure company. The tour company has a fleet of kayaks, canoes and stand up paddles boards available for guided or self-guided tours along Vermont’s classic rivers and waterways. Routes pass by dairy farms and iconic covered bridges, and participants are welcome to stop anytime for a swim or a picnic. Additional tours include a sunset tour of Lake Champlain, and a winery tour via canoe or kayak. Guests paddle past the scenic Mt. Mansfield to the Boyden Valley Winery. A 2-day twenty-two mile canoe and camping trip is available for adventure seeking guests. Any tour may be customized, and tours are available for all ages and availabilities. Bert’s will transport guests from any area hotel, and offers airport shuttle service to Smuggler’s Notch Resort.


The Bryan Memorial Gallery is dedicated to the exhibition of New England’s finest landscape paintings. The gallery was founded in 1984 by Alden Bryan, in memory of his wife, the artist Mary Bryan. Mary and Alden originally operated the Bryan Gallery in Massachusetts for thirty years. Today, the gallery displays the 100 year old tradition of landscape painting in Vermont. Three exhibit rooms hosts rotating shows year round. The gallery hosts varying workshops with local artists. Past events have included workshops on the foundations of landscape oil painting, how to travel with a photographer’s eye, and a talk on painting abroad and the logistics of traveling to paint.

You are reading "9 Best Things to Do in Jeffersonville, Vermont" Back to Top


The Farm Store in Jeffersonville is a local natural grocer. The husband and wife-owned small grocer sources fruits, vegetables and meats and other hand selected items from local farmers. The Farm Store sells local bread and baked goods come from five Vermont bakeries, dairy from over 12 local farms, and local coffee and teas. Grocery items include sauces, maple syrup, peanut butter, honey and jams all from local sources. A home and body care department carries locally made candles, soaps, and herbs. The farm store offers monthly pop-up dinners where customers can pre-order meals to re-heat at home. 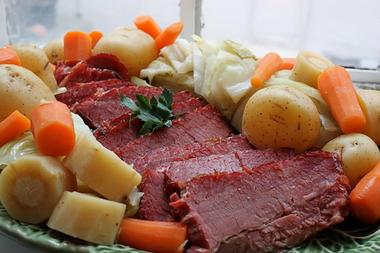 The 158 Main Restaurant is located in Jeffersonville, Vermont and offers dine-in and catering, as well as a pizza restaurant, the Jeffersonville Pizza Department, next door. Owned by Chef John Foley since 2004, 158 Main serves a fusion of traditional and contemporary American cuisine. Menu items are inspired by country cooking from farm fresh and homemade ingredients. Breakfast, lunch and dinner are served in the main dining room, with brunch on weekends. Foley’s experience has taken him from Nevada, to South Florida and now Vermont, where he is deeply rooted in New England culture and makes home-made bread in the same way his grandmother did.

The Family Table was opened in 2010 by owner and chef, John Raphael. Raphael spent 10 years honing his culinary skills in Rhode Island before settling in Vermont and completely renovating a classic old restaurant on Vermont’s Route 15. Lunches and dinners are crafted to appeal to a wide range of tastes, and hearty enough for those coming off the ski slopes or hiking trails at Smuggler’s Notch. Popular appetizers include lobster tiger rolls and grilled brie. Vermont influenced entrees include Maple Ginger Salmon or a Maple Pork Chop. A children’s menu offers pasta, chicken fingers or hot dogs. Breakfast is served on weekends only, beginning at 8am.

You are reading "9 Best Things to Do in Jeffersonville, Vermont this Weekend with Friends" Back to Top or More places to see near me

9.Martell’s at the Red Fox

© Martell’s at the Red Fox

Martell’s at the Red Fox is a family owned and operated restaurant and live music venue in Jeffersonville, Vermont. Founder Greg Martell was a manager at the local Smuggler’s Notch for 13 years before channeling his passion for food and good music into the family business. Menu items offer hearty country fare such as burgers, pork chops and beef steak tips. Menu items are complemented by a large selection of local craft brewed beers. Live music if offered evenings every Thursday, Friday and Saturday, with an open mic set before the Thursday show. Seasons permitting, musicians perform on either the indoor, or outdoor stage. The latter named after the late founder and beloved local, Greg Martell.

9 Best Things to Do in Jeffersonville, Vermont

You are reading "9 Best Things to Do in Jeffersonville, Vermont " Back to Top

9 Best Things to Do in Manchester, VT

4 Best Things to Do in Charlotte, Vermont