Things to Do in Vermont: Bennington Museum 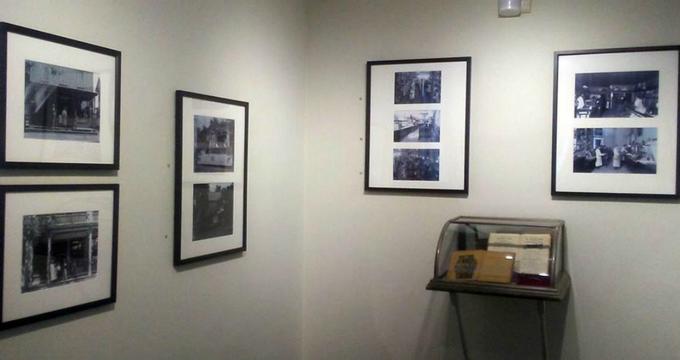 The Bennington Museum celebrates the art, history, and innovation of Vermont through galleries of Military history, contemporary art, modernism, the gilded age, the largest collection of Grandma Moses paintings in the world, and much more. The Bennington Museum opened to the public in 1928, but its history dates back to the founding of the Bennington Historical Association in 1852. 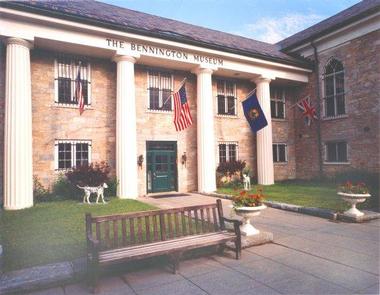 The association was founded to commemorate the 1777 Revolutionary War battle that as fought near Bennington and turned their attention towards the preservation of history and art in 1891.

The home for the museum was acquired in 1923 and underwent massive renovations. After opening in 1928, expansions took place in the 1930’s, 60’s, 70’s, and finally in 1999. There are currently over 40,000 works from the 18th century to present in the permanent collection in addition to rare manuscripts, publications, and books in the research library. The research library is non-circulating but can be accessed by museum members and visitors with admission. The museum has the largest collection of artifacts in southern Vermont and holds the largest collection of works by American painter Grandma Moses, in the world.

Hours to the museum change seasonally and with holidays so it is best to check the website or call before visiting. 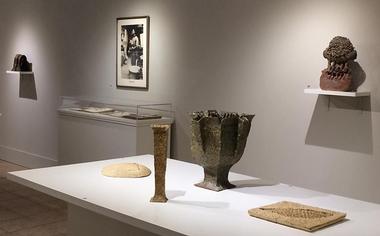 Grandma Moses- This exhibition highlights Grandma Moses, one of America’s greatest and most well-known folk artists. Grandma Moses painted scenes of rural America and did not begin painting until her early 70’s. She lived only a few miles from Bennington and the museum holds the largest collection of her works in the world.

Benngington Modernism- Added in 2013 the modernism gallery features work from the 1950s- 1970’s by local avant-garde artists such as Pat Adams, Willard Boepple, Kenneth Noland, and Tony Smith among many others. Also featured is Paul Feeley who was also the head of Bennington College art department.

Gilded Age Vermont- Artifacts and art from the mid-19th through the mid-20th century is featured in this exhibit that reflects the industrial boom in Vermont. This exhibit tells the tale of economic prosperity and manufacturing during this period in Vermont history and features Renaissance Revival furnishing, portraits, luxury cars, and many fine decorative arts.

Grandma Moses School House- The school that Grandma Moses attended in Eagle Bridge New York was moved to the Museum in 1972 and turned into an interactive family center. The 19th century school house setting can be played with as a country store, host a tea party or dress up, or a make your own painting wall.

Center Gallery Fine and Decorative Art- The gallery which connects the two wings of the museum features fine art that has specific ties to Bennington and Vermont. Vermont Impressionist artists Horace Brown and Arthur Wilder are featured in this gallery as well as works by Ralph Earl, William Jennys and Morris Hunt. Many of the artists in the Center Gallery are rotated and mat not be seen on a regular basis.

Church Gallery Cabinet Of Curiosity- The original museum exhibit, this space features artifacts behind their 1855 glass cases with a wide assortment of historical and artistic objects. Most of the objects are set out like an antique shop without much description or text.

Sloan Gallery The Battle Of Bennington-This exhibit and gallery focuses on the battle of the Revolutionary War that the town was named after—The Battle of Bennington. This gallery contains weapons and military equipment, documents, and other artifacts related to the battle and war.

The outdoor George Aiken Wildflower Trail and Hadwen Woods are open daily from sun up to sun down and are free to the public. These are located adjacent to the museum and cover 6-acres with native wildflowers and ferns. The trails are used as a live learning environment with plant identification markers and other topics. There are often educational programs happening on the trails or in the woods.

Bennington Museum offers school programs that support Common Core learning standards and Vermont Framework Standards. The programs are all hands-on learning experiences that use critical thinking skills and creativity to promote learning and communication. Bennington Museum can host programs at the museum or through outreach. There are also rentable materials for educators that can be used for school and homeschool groups and summer camps. More information about educational programming by grade level can be found online through the Bennington website.

Back to: Best Things to Do in Vermont

Things to Do in Vermont: Bennington Museum

8 Best Things to Do in Essex, Vermont

7 Best Things to Do in Arlington, Vermont

4 Best Things to Do in Grafton, VT