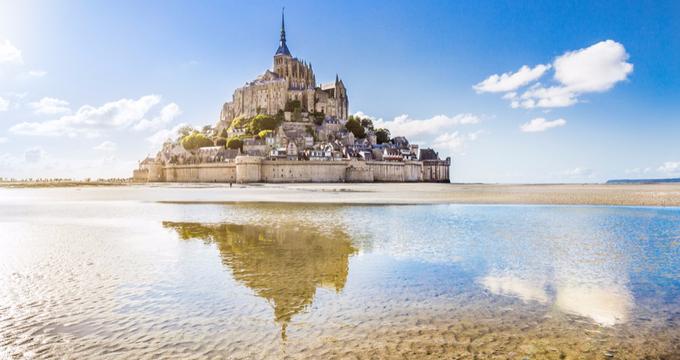 From the charming villages of Normandy to the sun-kissed coastal cities of the Riviera, France is home to a real spectrum of amazing sights and scenery. Whether you're visiting Paris, Marseille, Bordeaux, Lyon, or somewhere else altogether, you're guaranteed to have an incredible time exploring this incredible country, renowned for its extraordinary cuisine, rich history, and unique culture. 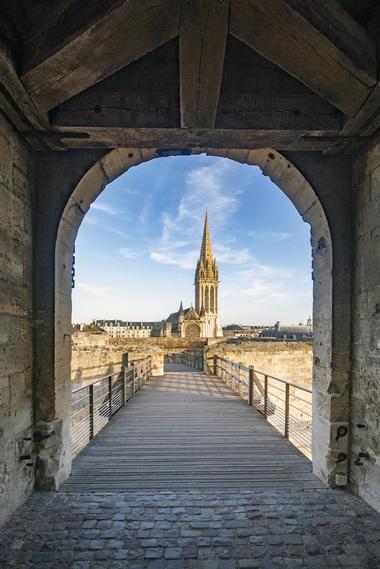 Many visitors to France spend a lot of their time in Paris. The French capital, home of the Eiffel Tower and the Arc de Triomphe, as well as the iconic Champs Elysées and the Louvre, is one of the best cities in Europe to explore, but there’s much more to France beyond Paris, and you can actually several great day trips out of Paris around other great locations in France, including several spots in Normandy.

A region in northern France perhaps best-known for its role in World War II, Normandy is home to some stunning scenery and famous historical sites like Omaha Beach, site of the D-Day landings. It's also the region where one can visit the fairy tale fortress of the Mont Saint Michel, as well as beautiful cities like Rouen and Caen. There’s plenty to be seen and done in Normandy, and here’s how you can arrange your next Normandy day trip from Paris.

2.Getting To Normandy From Paris 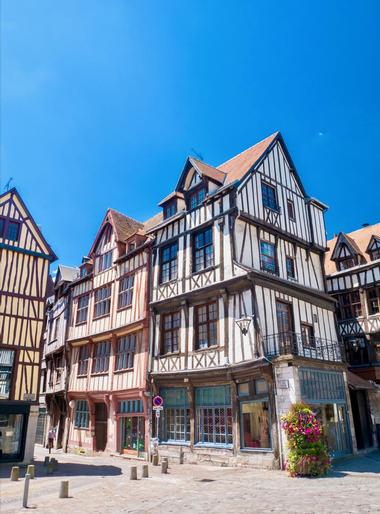 The good news to anyone thinking of planning a day trip to Normandy from Paris is that it isn’t actually too far away. In fact, you can be crossing over the border into Normandy from Central Paris in about 90 minutes, but the true length of your trip will vary depending on where you actually want to go.

- Getting To Rouen From Paris - Rouen is about two hours away from Paris by car, so it's one of the closest major Normandy destinations to the French capital. You can also choose to take the train to get to Rouen, and this is actually a lot faster, with the journey taking around an hour and a half on average from Saint Lazare Train Station.

- Getting To Caen From Paris - Caen is one of the biggest cities in Normandy. It's much further west than Rouen, so the journey will be longer, but it's certainly worth a trip, and Caen is a good place to experience authentic Normandy culture and taste some of the local delicacies. To get to Caen from Paris, you can take the train from Saint Lazare, with the journey taking around two hours. You can also drive, but you'll be on the road for around three hours in total, needing to follow the A13 all the way from Paris to Caen.

- Getting To The Mont Saint Michel From Paris - The Mont Saint Michel is situated right out on the far west side of Normandy, not far from the border with Brittany. In fact, people from both of these regions like to claim ownership of this famous island, and this means that getting to the Mont Saint Michel from Paris for a day trip is quite an ambitious undertaking, but it's still doable. By car, the journey can be done in a little over four hours via the A13 or A11, so you'll need to get up early if you want to make the most of your trip. Those relying on public transport will need to take the train for between five and six hours, which might be too long for a day trip.

- Getting To The Normandy Beaches From Paris - Many people visit Normandy to see the historic WW2 locations like Omaha Beach, and if this is your intention, you'll need to travel to Bayeux first of all. Bayeux is a town just a short distance west of Caen. The drive will take around three and a half hours, while the train is much faster and can get you to Baeux via Caen in just two hours and 20 minutes. Once there, you can either continue in your car to some of the most interesting D-Day sites or take part in a local guided bus tour.

3.Important Information And Things To Do 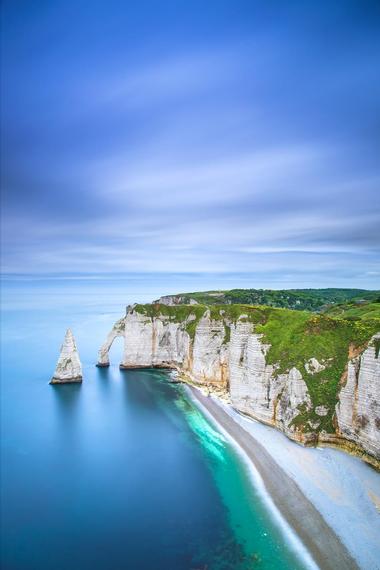 - Visiting Rouen - Rouen is the capital of Normandy, so it's certainly worth a visit, and it's very conveniently located relatively close to Paris. It sits on the banks of the Seine and has a rich history, playing key roles throughout various eras, all the way back to the time of the Romans. It's home to many beautiful churches, as well as its iconic Cathedral, and is a lovely city to roam around, with lots of shops, bars, cafés, and restaurants.

- Visiting Caen - A port city and capital of the Calvados department of Normandy, Caen is another popular location for visitors to this French region. Those interested in World War II will find plenty of interesting museums and monuments in this city, and the Chateau de Caen, a castle built back in the 11th century by William the Conqueror, is a must-see site.

- Visiting the Mont Saint Michel - There's nowhere quite like the Mont Saint Michel. A UNESCO World Heritage Site with so many stories and so much history behind it, this island city has served as an inspiration to artists and poets for many generations, right up to the modern era when its unique design was used by makers of the Lord of the Rings films to portray the fictional Minas Tirith city. It’s one of France’s most magical locations.

- Visiting the Normandy Beaches - Normandy is known all over the world as the place where the D-Day landings occurred, finally paving the way for the Allies to put an end to the terrible global conflict that had claimed so many lives. Visiting these beaches allows travelers to step back into the past and witness some of the most important military sites the world has ever known.

25 Best Romantic Things to Do in Dijon, France

23 Best Things to Do in Montpellier, France

25 Best Places to Visit in Norway

25 Best Things to Do in Portugal