5 of the Largest Cities in Brazil 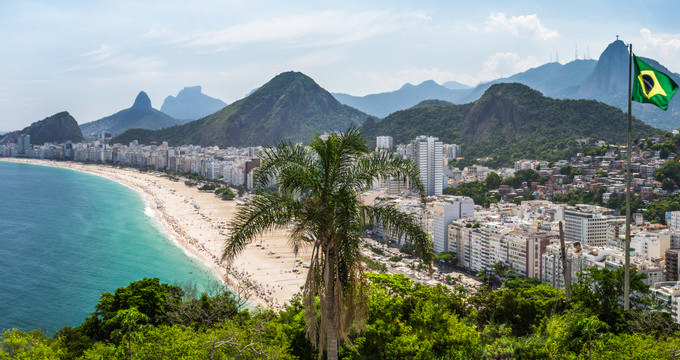 Brazil is the biggest country in all of South America. Officially known as the Federative Republic of Brazil, this nation covers an area of 3.287 million square miles (8.515 million square km) and has an estimated population of 209 million, making it the fifth most populous nation on the planet, behind Indonesia but ahead of Pakistan. Brazil has the eighth highest GDP on Earth, making it a leading global economic force. The nation has borders with almost all other South American countries, with Ecuador and Chile being the only two exceptions, and covers nearly half of South America. CDC information for travelers. Hours/availability may have changed. 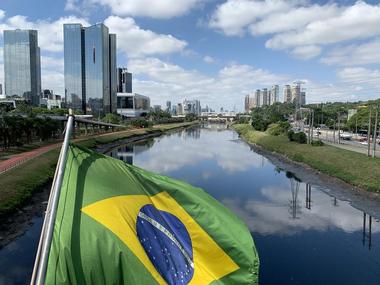 Brazil is home to hugely diverse landscapes and wildlife, including the Amazon River and rainforest. Inhabited by various tribes and indigenous peoples for many thousands of years, Brazil was claimed as part of the Portuguese Empire in 1500 and was under Portuguese control for several centuries, becoming a presidential republic in 1889. The official language of Brazil is Portuguese and the country's capital city is Brasilia. The largest city in Brazil is São Paulo. Here are some statistics and overviews of the largest cities of Brazil.

Situated in the Southeast Region of Brazil, São Paulo is the country's biggest city. It is classified as an alpha global and is also the most populous city in the entire Western Hemisphere and Southern Hemisphere. São Paulo is also the largest city in the world to have Portuguese as its official language. This city covers an area of 587.3039 square miles (1,521.11 square km) and has an estimated population of 13.1 million, with over 21.5 million in the surrounding metropolitan area.

São Paulo has the 11th strongest GDP on Earth and contributes to over 10% of Brazil's national economy. It is also home to some of the tallest buildings in the country like the Mirante do Vale and North Tower. São Paulo is also a major touristic destination, home to many unique landmarks and attractions, along with hosting dozens of major events each year. 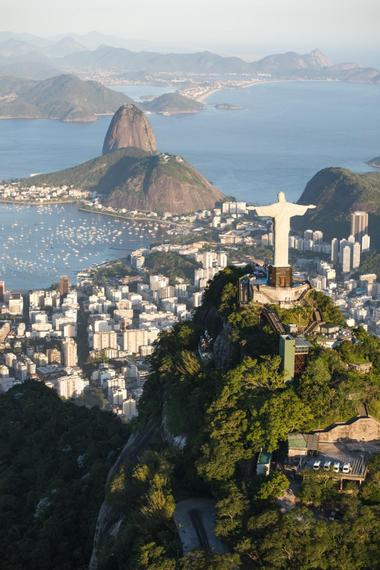 Rio de Janeiro is the second largest city in Brazil. Rio de Janeiro is situated in the state of the same name and is located in the southeastern part of the country. This city covers an area of 486.5 square miles (1,221 square km) and has an estimated population of 6.6 million, with over 12 million in the surrounding metropolitan area.

It is often simply referred to as Rio and its name translates into English as 'River of January'. Rio is one of Brazil's most visited locations due to its unique landscapes, architecture, beaches, and monuments like Christ the Redeemer, which is one of the most famous statues on Earth. 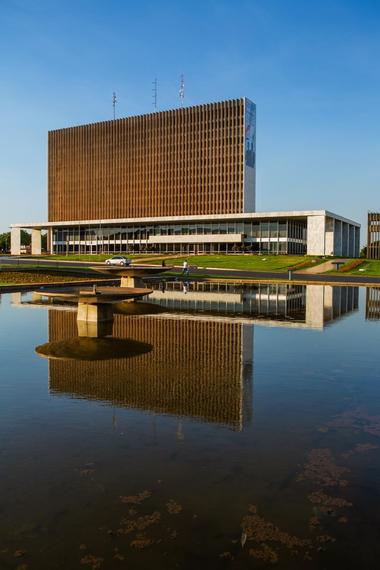 Brasilia is the third largest city in Brazil and is also the country's federal capital. It is situated among the Brazilian highlands in the central western part of the country. Brasilia covers an area of 2,240.164 square miles (5,802 square km) and has an estimated population of 3 million, with more than 4.2 million in the surrounding metropolitan area.

This city was founded in 1960, so is a relatively recent addition to the Brazilian landscape, but has grown at an exponential rate. All of Brazil's main governmental buildings are housed in Brasilia, along with over 120 international embassies.

You are reading "5 of the Largest Cities in Brazil this Weekend with Friends" Back to Top or More places to see near me today, what to do, weekend trips 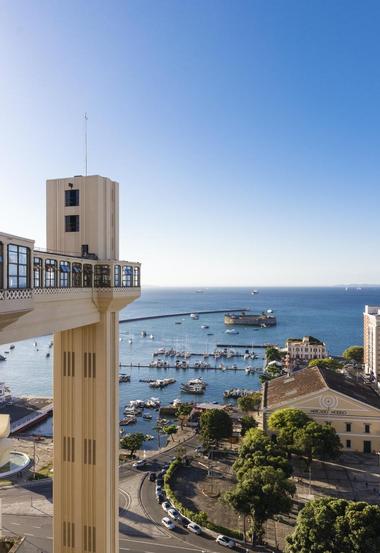 
Located in the Brazilian state of Bahia, Salvador is the country's fourth biggest city. Salvador covers an area of 268 square miles (693 square km) and has a very low elevation of just 26 feet (8 m) above sea level due to its location on the eastern coast of the country.

The estimated population of Salvador is 2.9 million, with 3.9 million living in the surrounding metropolitan area. This city was founded by Portuguese settlers in 1549 and was the original capital city of Brazil. It's one of the oldest cities in the country with a lot of history behind it.

You are reading "5 of the Largest Cities in Brazil this Weekend" Back to Top or Restaurants near me, stuff to do near me 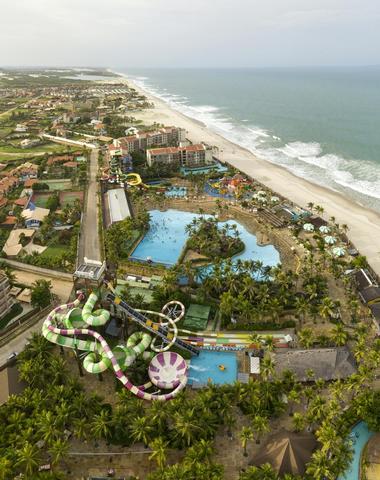 
Situated in the state of Ceará, of which it is the state capital, Fortaleza is the fifth largest city in Brazil. It is located in the northeastern part of the country and its name was derived from the presence of a Dutch military installation called Fort Schoonenborch, which was built in the area before the city was founded.

Fortaleza covers an area of 121.6 square miles (314.93 square km) and has an estimated population of 2.6 million, with over 4 million people living in the surrounding metropolitan area. Fortaleza has the distinction of being the closest Brazilian state capital to Europe.

You are reading "5 of the Largest Cities in Brazil" Back to Top or More must do for couples, what to do near me, places to visit this weekend

Where can I go for top-rated things to see near me, fun things to do today, with toddler, social distancing, places near me, list of, stuff to do near me, rentals, beach and last minute resort ideas for couples: Getaways from DC, OK resorts, From Seattle, SD resorts, Bahamas, Casinos near NYC, Lava Tubes Flagstaff, Pueblo, November

5 of the Largest Cities in Brazil

Recently named one of the “new” wonders of the world, Iguazu Falls (sometimes spelled as Iguassu Falls) is one of the top tourist's attractions in Argentina. Besides just visiting the falls, the surrounding area also offers many different, unique rides, tours, and attractions.

Iguazu Falls is the largest waterfall system on the planet. The word Iguazu translates to big waterfall, a combination of words from the Tupi (or Guarani) language. It was first recorded by a Spanish Conquistador named Alvar Nunez Cabeza de Vaca in the year 1541. It totals between 197 and 269 feet in height with 275 different drops in the two-step waterfall. It is located on the border of the countries of Argentina and Brazil.

In addition to exploring the falls themselves, the area surrounding Iguazu Falls is full of other fun, family friendly activities to enjoy. However, when visiting, make sure to spent plenty of time taking into the majesty of the falls.

Some guests will choose to take a Macuco Jet Boat safari. Starting with a fun buggy ride taking visitors through the dense jungle, guests will hike a short distance through the rainforest to the Iguazu River. They will then board a twin jet engine boat that speeds riders down the river, into the Devil’s Throat rapids, and actually underneath and through the Iguazu Falls (on the Argentinian side). Riders will end up soaked and smiling by the end of the boat ride.

For guests that want to get out on the water but in a slower paced environment, they can choose the hike, bike, and paddle experience. Although this tour doesn’t include a visit to the falls, it does lead guests through the jungle after taking a ten-kilometer mountain bike ride through the center of the Iguazu rainforest. The ride can be grueling, but bikers are allowed to ride at their own pace. After the bike ride, there is a short hike at an easy pace over raised jungle platforms, hard packed trail paths, boardwalks, and a tall lookout platform. Finally, visitors can choose to kayak back to the starting dock (even encountering optional whitewater rapids).

Stop by the Iguazu bird park as well, also known as the Parque das Aves. This park introduces guests to many of the locally endemic bird species from the Brazilian side of the falls. The majority of the birds who live at the park are birds that have been rescued from different wildlife smugglers or birds that have been injured and are unable to be released back into their native environments.

One attraction unique to the Iguazu Falls area is the Macro das Americas. This platform is where the countries of Brazil, Paraguay, and Argentina meet, allowing guests to stand in all three countries at the same time. It was opened for the 2016 Olympic Games and continues to be a top tourist attraction.

The Chinese Temple is another unique attraction to Iguazu Falls. This stunning display of traditional Chinese folklore and architecture. The yard is lined with Big Buddha statues and massive guards. Maps and brochures are available at the welcome gate, but the best way to see the temple is by taking a guided tour.

While visiting Iguazu Falls, check out the many different special events and festivals offered in the surrounding area.

For music fans, the Festival Iguazu welcomes thousands of guests and entertainers every year in May. The festival takes place over five days in Puerto Iguazu and attracts both people who play and people who want to watch. Many different musical genres are represented there, and many of the people who attend the festival are young, giving the entire thing a youthful, fun feel.

Another local town, Foz do Iguacu, offers their own version of the traditional Brazilian celebration Carnival in February. The town also hosts a fishing competition (the International Dourado event held annually in March) that draws people from all across the globe, ending with a cooking competition for who can cook their catch the tastiest.

The holidays in December and January are another wonderful time to visit the falls, due to the popularity of the holidays and the way they are celebrated with parades, fireworks, and performances.

There are many restaurants within a close distance from Iguazu Falls. Many of them feature traditional local cuisine. One of the top-rated choices is Fortin Cataratas, located in the attached National Park, that is a Latin steakhouse. There are also plenty of shopping opportunities in the area, like the Punto Iguazu shopping center.

21 Best Things to Do in Los Cabos, Mexico

25 Best Things to Do in Croatia