5 of the Largest Cities in Germany 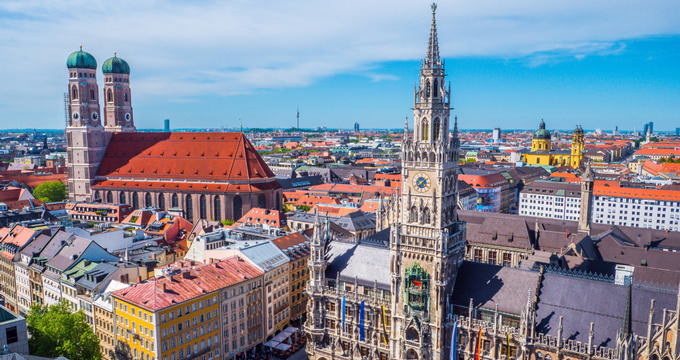 Officially known as the Federal Republic of Germany, Germany is a central-western European country. It covers an area of 137,988 square miles (357,386 square km) and has an estimated population of 82.8 million. Germany has the fourth highest GDP on Earth, making it one of the richest and most influential countries and the richest country in Europe.

Like most of Europe, Germany has a rich and storied history, with the land that currently makes up the country having been divided and ruled by various Empires and peoples over the centuries. The official language of Germany is German and the country is divided up into 11 distinct metropolitan regions. Germany's capital city is Berlin, which is also the largest city in the nation. Read on for some statistics, facts, details, and overviews of the largest cities in Germany. CDC information for travelers. Hours/availability may have changed. 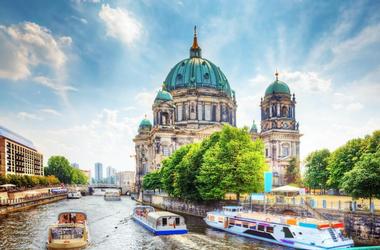 One of Germany's 16 federal states, Berlin is the capital city of Germany and is also the largest city in the country. It is the one of the most populous cities in all of Western Europe and is located in the northeastern part of the country. Berlin is surrounded by the German state of Brandenburg and covers an area of 344.3 square miles (891.7 square km).

The estimated population of Berlin is 3.7 million, with over 6 million in the surrounding metropolitan area, which also includes the major nearby city of Potsdam. Berlin is located on the River Spree and is a very important historical city, once being divided into West Berlin and East Berlin, separated by the world-famous Berlin Wall, which was broken down in 1989. Berlin is home to the most visited European zoo and the oldest movie studio in the world. 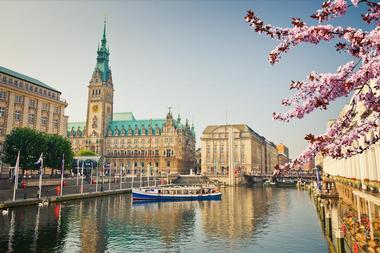 Another of Germany's 16 federal states, Hamburg is the second largest city in the country. Officially known as the Free and Hanseatic City of Hamburg, this city is located in the central northern part of the country. Hamburg covers an area of 291.59 square miles (755.22 square km) and has an estimated population of 1.8 million, with over 5.1 million living in the surrounding metropolitan area.

Located on the Elbe River, Hamburg is a major port city and a key touristic destination for Germany. The city is also known for its advancements in industries like science and research, being home to some of Germany's strongest educational institutions. Some of the key monuments in Hamburg include the Hambug Rathaus, St Michael's Church, and the Speicherstadt. 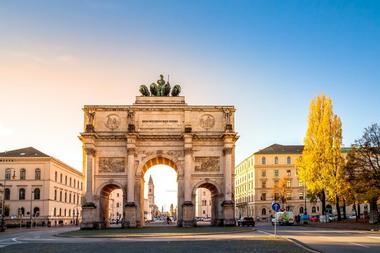 Munich, also known as München, is the third biggest city in Germany. This city is located in the federal state of Bavaria and is the state capital. Munich covers an area of 119.86 square miles (310.43 square km) and has an estimated population of 1.45 million. This city is located in the southeastern part of the country, and its name was derived from an Old High German word 'Munichen' which relates to 'Monks'.

Munich is a leading city in various fields, including art, tourism, business, innovation, and culture, being ranked as one of the most liveable cities on Earth multiple times in various surveys. It is home to countless historical sites like the Nymphenburg Palace, along with dozens of museums, art galleries, and Germany's most successful sporting team: Bayern Munich. 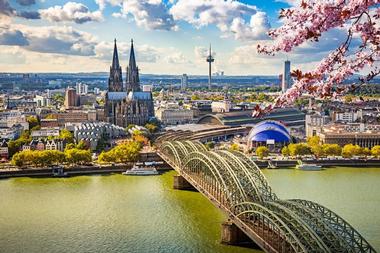 Cologne, also known as Köln, is the third biggest city of Germany. It is the biggest city in the federal state of North Rhine Westphalia and is located in the central western part of the country. Cologne covers an area of 156.43 square miles (405.15 square km) and has an estimated population of just over 1 million people.

Cologne was founded on the Rhine River and is the biggest city on the Rhine. Cologne is part of the Rhine-Ruhr Metropolitan Region, which is the biggest metro area in all of Germany. A city with a lot of history behind it, Cologne was a major target by the British Royal Air Force during World War II, with over 35,000 tons of bombs being dropped on the city.

You are reading "5 of the Largest Cities in Germany this Weekend with Friends" Back to Top or More places to see near me today, what to do, weekend trips 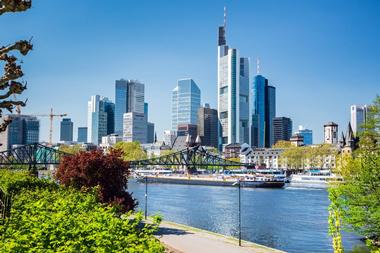 
Officially known as Frankfurt am Main but often shortened to simply Frankfurt, this is the fifth biggest city of Germany. Frankfurt is located in the German federal state of Hesse in the western central part of the country. Frankfurt covers an area of 95.87 square miles (248.31 square km) and has an estimated population of 746,000 people, with over 5.6 million in the surrounding metropolitan area.

Frankfurt is a key cultural and economic center for Germany, being the home of one of the world's busiest airports, as well as housing some of the most important financial headquarters and businesses in all of Europe.

You are reading "5 of the Largest Cities in Germany this Weekend" Back to Top or Restaurants near me, stuff to do near me

Where should I go this weekend for fun, adventurous places to visit near me today, famous for, kid friendly, hotels open near me, what can you do in for free, beaches, resorts near me, time zone, best restaurants near me, natural wonders: Alameda, Los Olivos, Pacifica, CA, TX, Los Gatos, TN, Toronto, TX, Rentals, Greensboro


5 of the Largest Cities in Germany

25 Best Things to Do in Lyon, France

25 Best Things to Do in Ireland