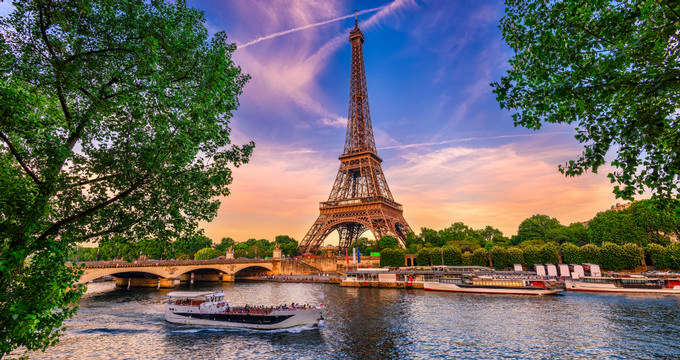 France, officially known as the French Republic (République française) is a country including the mainland of metropolitan France in Western Europe, as well as several coastal islands like Corsica and several overseas territories like Guadeloupe and Martinique in the Caribbean Sea. France is bordered by Belgium, Switzerland, Germany, Luxembourg, Andorra, Italy, Spain, and Monaco. It has coastline along the English Channel, North Sea, Mediterranean Sea, and Atlantic Ocean. France covers an area of 247,368 square miles (640,679 square km) in total, of which 213,011 square miles (551,695 square km) is made up by Metropolitan France. 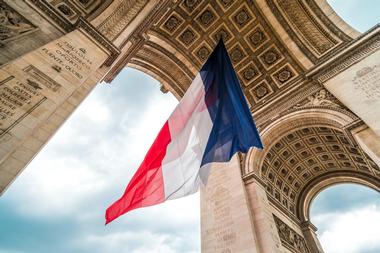 France has an estimated population of 67.1 million, with 65 million living in Metropolitan France. France has the seventh strongest economy in the world and is one of the most popular touristic countries on Earth, home to a large number of UNESCO World Heritage sites and attracting over 80 million international visitors each year. France is a major global economic power and a leading member of both the European Union and NATO. The capital city of France is Paris, which is also the country's largest city. Read on for more details and overviews on the largest cities in France. 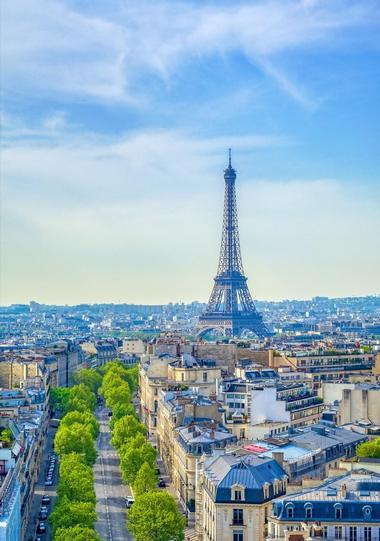 Located in the Île-de-France region in central northern France, Paris is the capital city of the country. Paris is also the largest city in France, covering an area of 40.7 square miles (105.4 square km) and having an estimated population of 2.2 million, with over 12.4 million people living in the surrounding metropolitan area.

Paris is broken up into 20 'arondissements' and is situated around the River Seine. The city has centuries of history behind it and is one of the most-visited cities in the world, home to a long list of world-famous monuments like the Eiffel Tower and Arc de Triomphe, as well as the renowned Louvre museum, which houses prestigious works of art like the Mona Lisa. 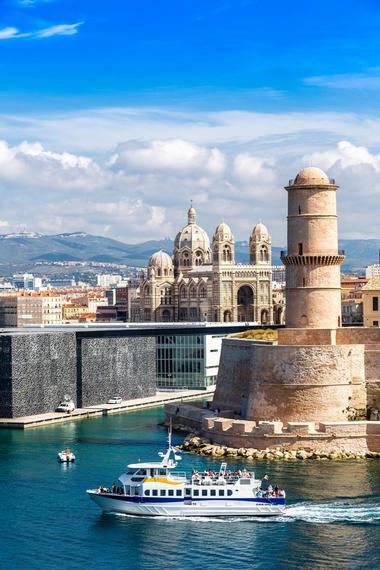 Situated in the Provence-Alpes-Côte d'Azur region of France in the Bouches-du-Rhône department, Marseille is the second largest city in France. It is located on the south coast of the country and covers an area of 92.9 square miles (240.62 square km). Marseille has an estimated population of 869,000, with over 1.8 million people living in the surrounding metropolitan area.

While Paris is known for relatively mild and often rainy weather, Marseille is known for warmth and sunshine through large parts of the year due to its southern location on the Mediterranean Sea. It is a major port city and a key cultural location for southern France. Some of the landmarks and points of interest around Marseille include the Old Part, Palais Longchamp, Marseille Cathedral, and Vélodrome Stadium. 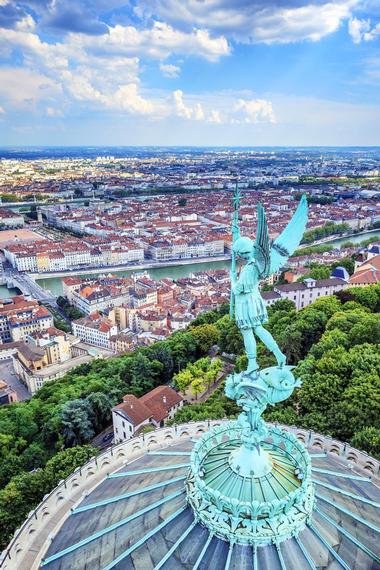 Situated in the Auvergne-Rhône-Alpes region, Lyon is the third largest city in France. It is located in the central eastern part of the country and covers an area of 18.48 square miles (47.87 square km). The estimated population of Lyon is 506,000, with over 2.2 million people living in the surrounding metropolitan area.

Lyon is known as a major contributor to French cuisine, with a lot of regional specialties. It's also a big economic, research, and finance city, as well as being a very popular tourist hotspot due to its beautiful architecture and annual lights festival, the Fête des Lumières. 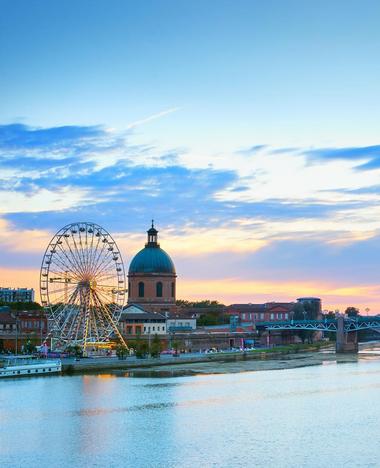 
Located in the Occitanie region of France in the Haute-Garonne department, Toulouse is France's fourth largest city. It is situated on the Garonne River in the southwestern part of the country, relatively close to the France-Spain border. Toulouse covers an area of 45.7 square miles (118.3 square km).

The estimated population of Toulouse is 479,000, with over 1.4 million people living in the surrounding metropolitan area. Toulouse is nicknamed 'La Ville Rose' (The Pink City) due to the use of pink bricks in many of its buildings, and is a popular touristic destination. It's also home to one of the oldest universities in all of Europe. 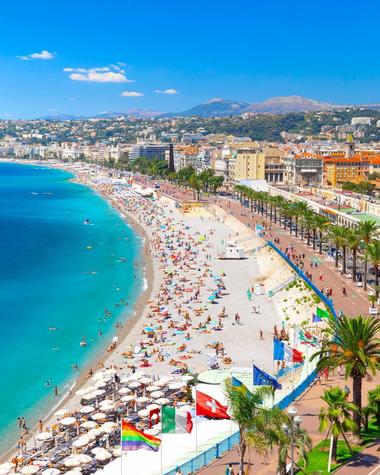 
Situated in the Provence-Alpes-Côte d'Azur region in the Alpes-Maritimes department, Nice is the fifth largest city in France. It is situated in the southeastern part of the country, very close to the borders with Monaco and Italy. Nice covers an area of 27.77 square miles (71.92 square km) and has an estimated population of 343,000, with over 1 million in the surrounding metropolitan area.

A highly popular resort city, Nice is known as one of the prettiest and most expensive places to live in France. It is the heart of the French Riviera and is often nicknamed 'Nice La Belle' meaning 'Nice the Beautiful'. The city has a rich art and culture history and is well-known for its beachfront walkway, the Promenade des Anglais.

24 Unique Things To Do in London This Summer